Most things for me, now, are in the context of being an HSP. My Sensory Processing Sensitivity is a brain architecture that will never change. It is part of me as much as DNA or eye color or ethnic origins.

I know that one of my main weaknesses in this life, is that I don’t do well as a single person, and by extension, I don’t do well sexless. Those needs get in the way of my common sense in evaluating the character of some women. So I have been so bold as to place ads on adult sites, seeking only casual (safe) sex, hoping that if those needs are met, I won’t be so quick to jump into a relationship, just because I want to have some intimacy.

Debaucherous, though the encounters were, I was still aware that the “love” thing was missing, 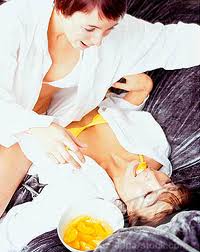 and it was really just carnal, and not lovemaking. We would have wild, passionate sex and then land in the living room with beer and pizza and a movie, and laugh it up and have a good time like friends. It was uncomplicated and enjoyable, and helped solve at least part of the problem. I just wasn’t in an environment where I could also date women I was interested in romantically, which is why I moved. But–I much prefer lovemaking. It’s just so hard to find, because you have to feel LOVE in order to have that. I ACHE for that sensation of connecting to a woman on some rapturous, surreal level, where you feel you want to unzip her and climb inside…

This is not to say I want to lead with my sex organs/sex drive, however, which is part of the point of doing it this way. When and if I meet that woman I fall for (hopefully it will be mutual) I will not be in a state of deprivation, will not be thinking with my brain chemicals or my “little head.” I will make a decision based on who she is–the whole person, how she treats me, and my response to her, in a more authentic way.

Now one of my friends stated

“I disagree with your theory and I would be very disappointed to know my potential wife had been sleeping around…safe or otherwise via means of the internet. Of course, that goes with my theory of a full disclosure w/ lovers and you may not operate that way. I just think you’re going down the wrong road. Medicating with women never solves anything and it really just isolates you more. No one is going to die w/o sex. We are also mature women and cannot be led around by our ‘balls’ when it comes to sex. It’s not a healthy approach and could well be exactly why you are at this crossroads. Friendships…start cultivating friendships. Sex and love will work itself out when you stop trying to force it. We aren’t animals who function on drive alone….P.S. forced sex deprivation and a decision are different..”

Well, first,  it’s not a theory….so maybe I wasn’t clear, but I’ll get to that part in a second…but– I only practice safe sex. And if I met someone I was romantically interested in, the sex with the FWB/fuckbuddy would STOP. That’s part of the agreement. So really, that’s no different than meeting someone after you’ve had a previous relationship. I won’t date anyone if I know they’re sleeping with someone else, either. I also date one woman exclusively at a time. And I do provide full disclosure. I have a list of every woman I’ve ever had sex with, along with details of what we did, and will provide that, along with my regular blood panel, upon request.

Second, I’m not medicating, per se. I’m recognizing that I don’t function well when I feel deprived of affection and sex. I am, among other things, an HSP. It involves Sensory Processing

Sensitivity, as I mentioned, and this is a neurological architecture I was born with, as are at least 20% of the population–and that’s why this isn’t a simple issue for me. (Important to say this is NOT a disorder. It’s a biological fact, and about the same percentage of other species have it). Few people understand this about me, unless they are a close friend. My brain is wired a bit differently, and if I don’t keep myself in an optimum state of arousal–not too much, not too little–then some very unfortunate things begin to happen. (And by arousal, I don’t necessarily mean sexually. I mean consciousness or alertness). So I’m acknowledging that part of myself and addressing the issue in the safest, most honest way.

HSPs have to be careful to create an environment for themselves that allows them to function well. This is what I am doing. But I don’t expect non-HSPs to understand this, though I hope they will try. Just as I have had two girlfriends who were Synesthetes, (that’s about 1 in 25,000 people) I realize I also have unique brain architecture, too.

The other point to be had here, is that I am unable to fully please myself, sexually. This is not some psychological block, but also about nerves and brain chemicals. I require the sensory input from another person being present. So being single, means being in a constant state of sexual and tactile and emotional frustration for me. It’s not something I can turn off at will. However, it does help for me to be very productive and enthusiastic about some things, and creative, and social. That helps ameliorate the frustration, and since that’s been missing for so long, my condition is a little red-lighted at the moment. Hopefully, that will ease when I have more things in place that address my sensory needs.

I am also cultivating friendships, but I find everyone is so busy, they don’t have time to socialize or spend time except maybe once every two weeks. So I will need lots of friends if I want to have a regular social life, and especially if I want to distract those pathways away from sex. Or even if I want to meet someone I can have sex or a relationship (or both) with. 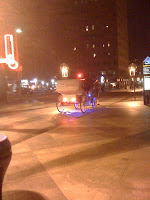 Now, add to this mix, the impending holiday season. Colorado can be a picture-postcard of holiday symbolism….

But the holidays seem to have a power all their own…it’s this unique combination of joy and misery for me–
the joy that goes with beautiful snowfall, the feeling in the air,
how people start treating each other more nicely,
meals shared,
gifts given,
the new year on the horizon, as a chance to make the future what it couldn’t be in the past….

Then like Virgil’s Agnosco veteris vestigia flammae–I feel once more the scars of the old flame…{1} there’s the abject loneliness the holidays always represent for me…the reminders of all that makes me sad. The sharp prodding that stems from my orphan status, and this is just the right combination of cells in the Petri dish of depression. That’s when I have to create my own reminder that Virgil also said, Facilis decensus averni–The descent into hell is easy. We do have some control over the nature of our thoughts, after all. And I would like to believe–nay, MUST believe–that this control is at my own fingertips, and not in the hands of some mysterious force in the universe that insists on vexing me.

To some degree, thoughts really are things, and that which we resist, persists. These ideations are a curious mental carnival, the solution for which can often descend into psychobabble, but which can also edify and comfort us in times of great sorrow or generalized angst. Still, when you are an HSP, it is one thing to know you ought to choose the behavioral and psychological high road, and quite another to convince your wounded heart and psyche to actually do it. HSPs struggle with the synaptic leap from what they feel to what they WISH to feel. Often, it is a

formidable obstacle to get around. And this is not about them being weak-minded or insecure, or negative. It’s about that Sensory Processing Sensitivity. Sometimes it’s like walking around with no skin. Or with burns on 50% of your body. It’s like every thought or word is a physical object and we have to constantly dodge incoming projectiles. What we feel and think and sense goes all the way to the bone. So we are often overwhelmed by this world and the challenges in it.

But we still have our needs. Our hopes. Our beautiful contributions. The unique and splendid works of art, insightfulness and love we have to offer. And I can only hope that one day, the world at large will know about and understand this, so that there will be fewer of us locked up in the loony bin, or on medication, or unwrapping the razor blades.

"Spooky. I had the same dream

I certainly do not adore the writer's discipline. I have lost lovers, endangered friendships, and blundered into eccentricity, impelled by a concentration which usually is to be found only in the minds of people about to be executed in the next half hour. ~ Maya Angelou

“No," I replied testily. "I'm pretty sure 'digital' is Latin for 'fingeral,' so finger cancer equals digital cancer. This is all basic anatomy, Dr. Roland." Then Dr. Roland told me that he thought I was overreacting, and that "fingeral" wasn't even a real word. Then I told him that I thought he was underreacting, probably because he's embarrassed that he doesn't know how Latin works. Then he claimed that "underreacating" isn't a word either. The man has a terrible bedside manner.” ~ Jenny Lawson, Let's Pretend This Never Happened: A Mostly True Memoir

Hey Brian and Milan, I’m answering your questions about how Doug and I are holding up during this crisis. My tip: call instead of text. It’s good to hear people’s voices.