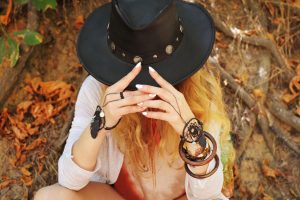 As an Indie author, I must wear a collection of hats–sometimes all at the same time. Author, editor, marketer, publisher, designer, typesetter, manager…..

Inevitably, my need to do things perfectly is met with a bitch-slap from Reality (AKA Goddess of Wisdom). No matter how many times the impossibility of perfection is illustrated to me, I still, somehow expect to meet that goal, and am my own worst critic when I don’t.

For example, after finally publishing my latest novel,

All Bets Are off (Apocalyptic Women) I realized that the text included comments made by me and betareaders while sharing the editing space in Google Docs. Apparently, when I removed the comments for formatting and publication, they didn’t actually remove. They were showing up inline with the text of my manuscript.

I was fit to be tied.

My first inclination was to pass on the bitch-slap to Google, but how does one go about doing that, exactly? I guess i just write a blog and let everyone know so maybe it won’t happen to them, too.

As for the remnant comments, I thought I’d gotten them all, and then I received a heads-up message from AC Miller, on Messenger. Apparently there were more inline comments in the manuscript than I found. She was nice enough to give me the list of them, so I could track them down.

The corrected manuscript has been uploaded as I write this, and I hope it won’t irritate those who noticed them in the first version.

But here’s a warning to all other Indie authors. Be aware that Google Docs might create this issue with your manuscript as well. I won’t be using that again.

"Irony of the day: arthritis medication with a cap that old people can't get off, because of their arthritis."