Every novelist should sit down at the keyboard with blood on their hands. 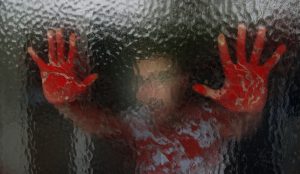 To know what it feels like to have been wronged and to have wronged. To be guilty and innocent.

A novelist must have truly lived her life–sucked the marrow, tended the wounds, lashed out in fear and anger, in order to write a story that speaks authentically at deeper levels; that explores human nature and the human condition in all its beauty and ugliness. A novelist must have experienced life–that visceral knowledge that comes only from having felt the range of emotions, discovered the myriad permutations of challenge and question and suffering and joy. There are indeed degrees of depth in a story and in the characters that populate its pages. We can write for entertainment, and leave it at that, or we can dig deeper. I enjoy the writing most when it marries the elements of humor and drama. When I can show characters facing challenges, while also interacting in sometimes absurd or humorous ways. I love witty repartee as much as heartfelt confessions or moments of miscalculation. You can only impart this protean story if you have been in the trenches and know what it really feels like to get your hands dirty, your brain animated, your heart broken.

How would it even be possible, I wonder, for a novelist to be absent these characteristics? Perhaps she would have to be born in a remote mountain cabin and her mother die when she was young, and then continue to live 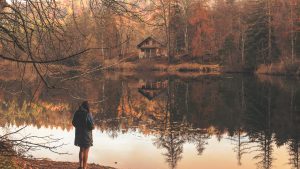 there, avoiding the natural experience that just comes from living, and interacting with the world and the other people in it…but then, this isolated being would have experienced loneliness and loss, at least. So it is, as always, a question of degrees. Creative people, et al, by their nature, feel things to a more intense degree than others. Not by virtue of what they do, but by who they are, which led them to express those things in what they do. You can learn vicariously through the stories of others, through television and literature, but this is no substitute for the experiences themselves.

While I can lament the sometimes painful history of my life, I know that I would not be nearly so well-rounded, would not have much wisdom to share, and would not be able to solve as many problems so effectively, nor communicate myself with any clarity, had I not journeyed through those challenges that so pained me, yet created a stronger individual.

This all begins, of course, with childhood, and the parenting we did (or did not) receive. I was not physically abused, but I was emotionally abused and some psychologists say (one actually said to me, specifically) that often emotional abuse is more difficult. If my parents had hit me (other than the slaps I received from my mother) 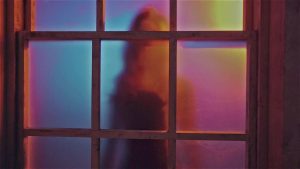 then I would at least know they knew I existed. But I had an overweening sense that I was invisible. My parents ignored me for the most part. They were apathetic. Their sin was a sin of omission. I was always trying to exist. Trying to be noticed and acknowledged in some positive way, and given some indication that I mattered.

But this, I recognize as the reason for my attachment to my identity markersâ€¦the activities, thoughts and expressions that make me who I am. I am defined by those things I do, those things I createâ€¦I feel invisible without those identity markers. And this brings me back full circle to the writing. I am grateful that I have something to say when I sit down to write. I am chagrined that those words stem so often from loss and disappointment, and so rarely, from a place of hope and happiness. I am a writer. It’s as much a part of me as my skin. I can say that, even amid this writer’s block I have struggled with for the last few years. I know the delicate balance of identity was overturned, and it will take righting it again completely before I can return to my usual voluminous production. This is where discipline comes in. And I have dedicated myself, now, to sitting here and writing something every day. Anything. Even if it isn’t what I would prefer, nor quite yet what it was before.

But I know that because I do have blood on my hands, I am able to, with some measure of authority, say that I know what I write is real. Because it was hard won, and there were casualties.

"It might not be that artists are depressed, so much as depressed people fare better in the arts."

If the doctor told me I had six minutes to live, I'd type a little faster. ~ Isaac Asimov