Okay, I know this is going to be less a blog, and more a journal

entry, but whatever. Consider it the first in a series of brain dumps.
<<–Look, i even made a graphic for it….

Onward…. I usually try to see the bright side of things, and when I can’t do that, I try to see the funny side. Anyone who reads this blog knows that. And often the dark side can be funny, if you know how to manipulate the data.

But this morning, I think my brain is in some other gear….PARK, maybe. It hits me like this every so often when it gets triggered by news from loved ones, or dreams I have.

I dreamed I had my ex girlfriend’s parrots. Like they were mine or I had inherited them or something. Maybe in the dream she had died…I don’t know…(and no, i don’t wish any ill toward any of my ex’s. They all tend to merge after a while anyway…E Pluribus unum.*) But I was enjoying the parrots. I was always playing with the Cockatoo, named Sophee (that was her real name) but in the dream she wasn’t crippled and her personality was more like Keegan’s–the African Grey of the pair, who was talkative and personable. I was living in my father’s house –have no idea why. A few days ago, I dreamed my father died, too…I’m sure all this came from finding out that another one of my ex girlfriends lost her mother. And once you hear that, there’s this mortality bacteria in your brain…and it sort of infiltrates your life for a while, until you get back into the bliss of ignoring all those harsh realities.

When I woke from all this, I lay there with Shoes curled up with half her body on my shoulder, purring softly. (Yeah, my cat. Women don’t seem to purr…well, okay, if I’m doing it right, they do.) For a long time I just laid there, and thought about things. Like you do when you’re sleepy and just waking up and the brain starts to make that trip back to rational consciousness again.

I felt sad. Like why doesn’t my ex, the one who lost her mother–why does she feel she can’t be in my life somewhere? Why can’t I be one of those friends to her that she seeks out during times like these, for support? Why does she continue to judge me by the person I was 10 years ago? And why does it still matter to me at all? Because she was the only woman I was ever so madly in love with? Because it was the only time I’ve ever had my heart ripped out of my chest and handed back to me as that person walks out of my life, while I hold my bloody thumping, dying heart in my own hands? Is that why?? (Okay, that was graphic, but that’s what the emotion surrounding it is like for me). 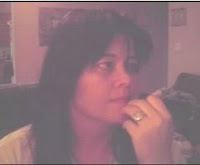 And I thought of how sad it is that I am alone so much. Is it mostly my choice, or is it part and parcel of being an author-artist-songster- type person? Everything I do is something I do alone….And I stayed sad as my thoughts wandered to the two dreams of my father.

How tragic that I have a biological family who rejects me on the basis of who I am, (an oxymoron in and of itself) and that it somehow offends their sensibilities to the degree that they would abandon their own child; and I thought maybe it wasn’t their sensibilities. Maybe they were all just selfish, shallow people, and I can still feel good about my decision to remove all toxic people from my life. Maybe it’s a blessing that I might never know when any of them die.

And I thought of my own mortality. I coughed. I thought for the umpteenth time, that I should quit smoking. It was the last thing left on this “take good care of yourself” train. Addiction to cigarettes is so hard to conquer. I’ve stopped smoking a large number of times, (yeah, quitting is easy: I’ve done it a bunch of times) and it was okay for a while, but then I would need that—what? comfort? is smoking really like having a Friend? And I know it makes my brain feel better. It’s like I can’t think clearly without cigarettes. A crazy excuse from an addicted smoker?

And then I thought about all the weird things that happen to your body as you get older, and how it’s a little frightening. The older I get, the more frightened I become. I lament the lost years–wishing I’d known 20 years ago, what I know now. Wishing I had more time. Wishing, as I’ve mentioned before, that I really could live forever. (Ironic, since there have been so many times that i wished to die). So many things on the horizon, other than a mushroom cloud (if we’re lucky). Things I’d like to see and experience….but as each birthday comes and goes, I find myself lying about my age more and more…and I get this dread in my gut…knowing I won’t grow old gracefully. That I’ll be kicking and screaming the whole way. Never mind all those big personal cosmology questions that arise about death and life and life after death. Just dealing with your own declining vessel is enough to worry about….Like when you’re driving a car that starts to have problems, and then there’s a whole list of problems on its heels and you know at some point it won’t be worth fixing and it should just be given over to the great junk heap. Is that my fate as well?

And will I face this progressing disintegration by myself, with no one to support me, care for me, love me? (I am so thankful for my best friend). Will I live out this timeline of mine without being able to give my heart to someone who deserves it? And why is it so hard for me to give my heart away? Why don’t I fall in love easily? Why is it so rare for me to even be sparkin’ on a woman? That’s only happened a grand total of 2 times in….god…how many years? And the first spark was doused with water pretty quickly. Well, not water. Wine. The second one–I don’t know about that. It’s current. I have no idea what this woman feels toward me, and I’m too chicken to ask, so I’m focusing on the friendship, which is very important to me anyway.

But amid this, The same questions continue to arise. Will I never find my PERSON? Will I meet my ultimate demise without knowing what it feels like again to be so in love with woman that the thought of her not being there aches like a case of restless legs and angina, combined. After all I’ve done to evolve and become the type of person who would be considered a valuable discovery for some lovely, evolved, intelligent, and funny woman out there, will it not matter? Is fate just fate? How much control do we really have over how our lives go? And I wondered if maybe my high ideals and constant concern for the practice of sound ethics has gotten me here. Is it just subterfuge? Does it really matter if I’m a quality person? Finding love seems to have almost nothing to do with how great a person you are. Rude awakening, that. Maybe I’m having a mid-life crisis.

So today I must try to coax myself back over into my concerted efforts to ignore these things that simmer on the burner at the back of my mind.

R. D. Laing, a British psychiatrist noted for his alternative approach to the treatment of schizophrenia, once said, “Life is a sexually transmitted disease and the mortality rate is one hundred percent.” I wish I didn’t resonate with that quote quite so much.

"I think if you have a combination of realism and sensitivity, which usually goes hand in hand with highly creative individuals, you have a Molotov Cocktail of potential destruction. If you know how ugly things are, how unfair, and you are also very sensitive, this can lead to the inability to cope in a healthy way. The burden becomes too great."

Fiction is life with the dull bits left out. ~Clive James

I dream of a better tomorrow, where chickens can cross the road and not have their motives questioned. ~author unknown

At 1:30 a.m. after a bunch of votes to stifle key witnesses the Republicans just voted down having Justice Roberts decide the witnesses! Why have this job if you're not going to protect the Constitution? We are sworn to protect our democracy, not serve the President’s interests.

The elephant in the room here: If Investigative #Journalists had turned their scrutiny on #MitchMcConnell & complicit #GOP, it would be harder for them to get away with this hijacking of our Republic, they'd all be defending themSELVES for treasonous activity.

Anyone know why the @Twitter app truncate the tweets, so you have to click a link to read the rest of it? #annoying. @TwitterSupport

I was born and raised in Oklahoma, on the ragged edge of the middle class. I never imagined I'd be back home as a candidate for president of the United States.