Amanda Gulledge
I frowned when I read that so I would feel more intelligent.

Candace Lynn Breaux
Is that why I am unhappy so much of the time? LOL

Sandi Partee
hmmm…so does that mean I’m not intelligent? Cause I’m happy as a lark! LOL!

I understand Sandi’s reply was meant lightly, but let me just address the topic of Intelligence and Happiness…

I don’t think the two are mutually exclusive, no. There are types of intelligence and there are always variables that affect outcomes. So I would say the quote is a rule of thumb, not an absolute. There is enough data to suggest trending toward intelligent people being unhappy. It has to do with logic, pragmatism, conceptual relativism and other concepts both in and out of the purview of philosophy and philosophical thought. In the most common, if not colloquial sense, though, unhappy intelligent people are more fact-based in their ideation. There is, as such, a condition known as Depressive Realism, where seeking the truth of things–including ugly things–can cause hopefulness and positivity to wane when it becomes apparent that survival is indeed hard, people are indeed cruel and evil, and life is indeed unfair. It’s about rejecting the cognitive dissonance of optimism in the face of negative data.1

The human brain understands the world through patterns. When a new experience appears, the brain wants to match it with a previous experience in order to understand it. Paradoxically, that’s why there is a pervasive belief in society that creative and/or intelligent people are at least 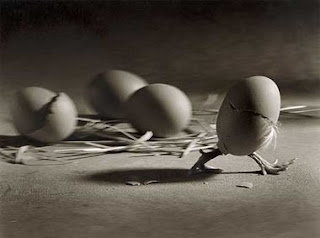 partially mentally ill. The pattern does, indeed, exist. But it can just as easily be based on a chicken-or-the-egg paradigm as any other. Does creativity come first, and then depression? Do depression-oriented people seek creative expression? Do intelligent people tend toward a need for creative expression? Clearly, creative people need expression of that creative impulse, they are compelled to communicate it. They also crave freedom and the leeway to think out of the box. Business people with regular white collar jobs, tend toward logic and pragmatism, and have to punch a clock and strive to fit in. This flies in the face of a creative psyche, and so more creative people are drawn to artistic endeavor than more sterile, clinical, restrictive lifestyles in the mainstream. So it might not be that artists are depressed, so much as depressed people fare better in the arts. 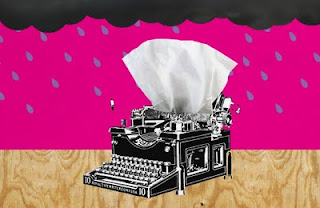 The newest research in this regard points to this connection being myth. However, perhaps it is a question of semantics. Which type of intelligence are we referring to? Creative intelligence? Spatial intelligence? Emotional intelligence? Since there are also a great number of divisions in the intellectual paradigm, it becomes a bit convoluted when making an emphatic statement one way or another. For instance, historically, we have known that prolific and gifted writers, artists and musicians have a tendency to self-destruct, either through escapism behaviors like drug use and alcoholism, or, tragically, through suicide. (And this is rather frightening, considering I am an artist, writer, and singer-songwriter. But i think i dodged that bullet pretty well). Many have sought these counter-productive coping mechanisms due to some aspect of being overwhelmed. Whether the “overwhelmedness” is due to the aspects of creative processes, or the realism that reveals ugly truths, is debatable. I think if you have a combination of realism and sensitivity, which usually goes hand in hand with highly creative individuals, you have a Molotov Cocktail of potential destruction. If you know how ugly things are, how unfair, and you are also very sensitive, this can lead to the inability to cope in a healthy way. The burden becomes too great.
Additionally, creative individuals are often alone, since acts of creation generally take place in isolation, so loneliness is a feature within the social psychology of the paradigm. And new research published in the online journal Genome Biology has shown that loneliness can actually make you ill.2 In research of 20,000 genes of both lonely and nonlonely people, the chronically lonely individuals showed 209 changes that resulted in immune changes, inflammation and adversely affected response to infection.

In relation to intelligence, it can be surmised that individuals with high IQ experience a type of ostracization from society, in that they don’t feel like a “normal” person. This can lead to depression, since feeling different and misunderstood can become a divisive aspect between an intelligent person and the less intelligent majority. Intelligent people also ruminate more, and analyze information more, so that it becomes easy to impose feelings of isolation on every situation and interaction. If you combine the conditions of being both highly intelligent and highly creative, the potion becomes a catalyst for depression on a larger scale.

Critics of this correlation among intelligence, creativity and depression will say that studies done have been largely retroactive in that they diagnose well-known creative people of antiquity after the fact. And yet, we understand so much more about symptomatology in the psychological vein than we did when those creative and intelligent people were alive. There is some merit in applying new understanding to the previously misunderstood.

While there are exceptions to the rule, such as intelligent creative people who ARE happy, this condition is ameliorated, in my understanding, by some other coping mechanism; usually, in the form of some voluntary belief system that allows the creative and intelligent individual to ignore the farther reaches of edification–those that would suggest more reason for unhappiness. As a coping mechanism, this is usually very effective, though it could not be characterized as completely entrenched in stark reality. Thus, the individuals who can live behind the cloak of voluntary self-deception are at once more capable of maintaining contentedness. And often, their ability to do so is predicated on the lack of biochemical imbalance that makes positive mindset difficult if not impossible. Yet, there will always be those who cannot accept this postulate, simply because they are not able to experience it. Those who do experience it, will be the ones who have to accept the melancholy that comes with the package: intelligence, creativity, and the propensity, genetic or otherwise, for depression. These individuals might also be unable to reach that rose-colored-glasses posture, no matter how much they would prefer it to be otherwise. This is the quagmire of what is commonly termed Intellectual Honesty. The truth hurts, and some individuals will always be able to choose that mitigation over the often harsh verities of existence.
——————————————————
1this concept is addressed partly in one of my current books “Supernatural Hypocrisy: The Cognitive Dissonance of a God Cosmology” Videos on that blog.
2 http://discovermagazine.com/2008/jan/why-loneliness-is-bad-for-you

"I want to make the choice that gives an accurate impression of who I am; and who I am is someone who wants to be ethical, evolved, yet not at all an oil pan for the machinations of the morally corrupt."

â€œTherefore, dear Sir, love your solitude and try to sing out with the pain it causes you. For those who are near you are far away... and this shows that the space around you is beginning to grow vast.... be happy about your growth, in which of course you can't take anyone with you, and be gentle with those who stay behind; be confident and calm in front of them and don't torment them with your doubts and don't frighten them with your faith or joy, which they wouldn't be able to comprehend. Seek out some simple and true feeling of what you have in common with them, which doesn't necessarily have to alter when you yourself change again and again; when you see them, love life in a form that is not your own and be indulgent toward those who are growing old, who are afraid of the aloneness that you trust.... and don't expect any understanding; but believe in a love that is being stored up for you like an inheritance, and have faith that in this love there is a strength and a blessing so large that you can travel as far as you wish without having to step outside it.â€ ~ Rainer Maria Rilke, Letters to a Young Poet