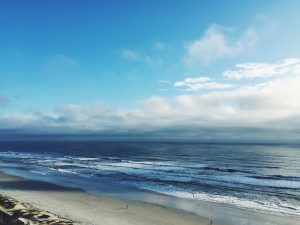 It’s so satisfying to sit at my desk and write to the sound of the ocean. Only this time, it’s not in my earbuds, but outside my window. The move to Dunedin placed me within walking distance of the beach, and the rhythmic breath of the waves at shore soothes me. The cool, robust breeze from the water sometimes spits through our windows like a fire hose, but it helps regulate the temperature in this upstairs master suite, high above almost all other houses on this hillside. It’s Summer here, though luckily for me, the fall and winter-loving, heat-intolerant moi, there really hasn’t been much heat yet. Weather is weird everywhere, as I understand it.

Anyway, I’m finally settling into my new home (not new, per se, but new to me), and I can both feel the pull of literary pursuits, engendered by the sense that the busy work of my life calmed down, and I am 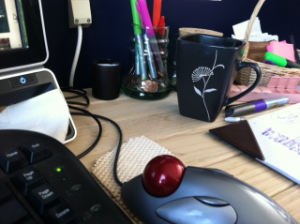 (Though my wife says in matters of sex, that would give her a heart attack.)

That being said, (much to my wife’s chagrin) I will now give my attention to this blog post….

We talked a while back, before the move, about our writing–what our goals are, and the changes we are anticipating having to make.

In my quest to learn the craft of writing, I thought it would be helpful if I had the ability to write in any genre. 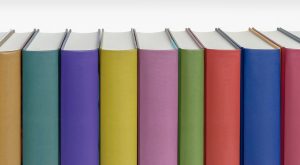 Thus, over the years, I have managed to produce work in myriad categories. Fourteen, at last count. But it has become clear to me in recent months that my approach has not been wise. This diversification has only managed to erode the ground under my literary feet, and prevent me from getting a proper foothold in the market–especially when so many other writers have established theirs. And they are the ones who enjoy better sales. There’s a reason for that.

It seems that most of THOSE-WHO-READ (myself included, though I made the error of thinking other readers behaved differently) tend to pick the type of book or author they like, or both, and then they continue to read that book/author. When they run out of an author’s work, they seek other authors who write in a similar genre and/or with a similar style. Thus, the readers who buy my books have read whichever genre of mine they are drawn to, and then discover there isn’t another book in that genre from me, and they move on to find those other authors they might also like who have books available which they have not read. This does not encourage a strong, growing readership.

Also, in diversifying myself as an author, I have failed to brand myself well enough to create the following that 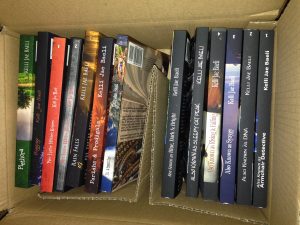 probably would have existed by now, after 29 books. Had those 29 books been in one genre, I would not have taken such a hit when digital publishing swelled to its current oceanic level. According to factzone.com, in America, a new book is published every 13 minutes. This groundswell of publishing is attributable to the ease with which we can now publish our work. Yes, that means more bad books from bad writers mucking up the booklist for the rest of us, but it also means more freedom, and demands that we employ smart-marketing techniques. Hence, the issue at hand with my diversification.

My highest sales occurred when I was writing in one genre for an extended period of time and had not gotten off that beaten path yet into nonfiction, for instance. When i did that, subsequently, my sales dropped. And right when I was getting used to having that rather large paycheck every month.

The new plan for me is to refocus my energies on the lesbian fiction genre, even though I might not always write the same subgenre inside that. I need to rebrand myself as the author of a particular genre and keep putting out books for it. It will mean rewriting what I have on five or six or seven partially completed books in order to fit my chosen genre, but the effort will probably be worth it. And I 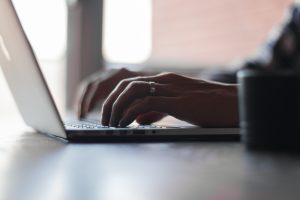 have noticed, in reframing those other stalled books, that it would solve the issues that stagnated them in the first place. Some of them were for the mainstream market and I just could not seem to get past a certain point with them. I suspect because I should have been sticking with the one genre instead of branching out. Hopefully, it will put me back on track to producing more books, more frequently.

{Cracking knuckles.} Now back to work.

If I have to watch another commercial of a guy giving his woman expensive jewelry I'm going to gouge my eyes out with an ink pen.

—R.L. Stine, WD (this quote is from an interview with Stine that ran in our November/December 2011 issue)