↓
Home→EMOTIONS→anger→Don’t be part of the problem 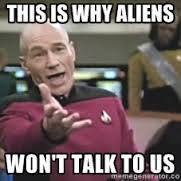 If youâ€™re not part of the solution, you’re part of the problem. Weâ€™ve all heard that mantra, but itâ€™s true.

Recently, I was caught at just the right moment (inopportune, maybe) by a post a â€œwriterâ€ made, asking for help with formatting, and lamenting how hard it was and wondering why she had to worry about it at all. Her posts throughout also revealed that she could not even handle a few sentences without making errors.

And then there were all the commenters helping her like she was a child. So I posted an angry comment. I donâ€™t like to do that, and usually avoid it, but as I say, sometimes I just get caught at the wrong moment. Iâ€™ve been continually frustrated by this whole subject in recent years.

I understand that some writers donâ€™t have English as a first-language, and are trying to publish in that language, and often have trouble in that regard, but Iâ€™m not talking about language barriers. If youâ€™re not equipped to deal with the English language, you shouldnâ€™t be PUBLISHING in it, unless you hire other to do that part for you. This isnâ€™t

about having a masters degree. Itâ€™s about the basics. The basics of writing, editing and formatting and publishing. All are part and parcel of being an Indie writer. And as they say, if you canâ€™t stand the heat, get out of the kitchen. Writing is a PROFESSION like any other, and it should be treated with the respect it deserves. That means paying your dues BEFORE you publish.

This is, for one thing, an overt insult to me, as a publishing author. If youâ€™re a writer, you should avoid being complicit in cheapening your own vocation.

Furthermore, in relation to the average English-speaking Indie writer, according to recent literacy statistics, 45% of the American public is functionally illiterate; that means they can function in society but either canâ€™t read, or canâ€™t read sufficiently. Why should this scare you?

Do your own research if you dare. But there are distinct connections if you take the time to do a little investigation (which most people won’t because they can’t be bothered). Illiteracy and its ugly step-sisters, Ignorance and A Lack of Critical Thinking Skills- are at 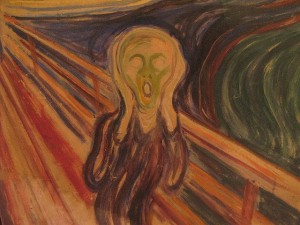 the very root of our most heinous and destructive global and human problems. It’s the reason for this impending catastrophic climate change. It’s the reason why dishonest politicians are voted into office and allowed to stay– and by extension why social policies and legislation have largely failed us. It’s why people are homeless, starving, poverty-stricken. It’s why human rights and honor take a back seat to greed and betrayal. It has caused economies to crash, options to dwindle. It’s why women children and animals are beaten, neglected and abused. It’s why religious zealots fly planes into buildings and kill thousands. It’s why militants cut the heads off journalists. And the list goes on. I assure you that none of these examples are far fetched, and only a few degrees of separation, and at the root of all our most pressing and pervasive problems. It is where ignorance, illiteracy and lack of professionalism reside. Why should I â€” or anyone â€” ever be supportive of that?

Here is some food for thought on the subject I am referring to, here:

â€œThere are lots of would-be censors out there, and although they may have different agendas, they all want basically the same thing: for you to see the world they seeâ€¦ or to at least shut up about what you do see thatâ€™s different. They are the agents of the status quo.â€ ~Stephen King

â€œFew will have the greatness to bend history itself, but each of us can work to change a small portion of events. It is from numberless diverse acts of courage and belief that human history is shaped. Each time a man stands up for an ideal, or acts to improve the lot of others, or strikes out against injustice, he sends forth a tiny ripple of hope, and crossing each other from a million different centers of energy and daring those ripples build a current which can sweep down the mightiest walls of oppression and resistance.â€ ~Robert F. Kennedy

There comes a time when silence becomes dishonesty. ~ Frantz Fanon

The purpose of life is to contribute in some way to making things better.â€ ~ Robert F. Kennedy

And the perennial favorite for those who seek brevity:

I have admired those throughout history and now, who have taken a stand, not because the stance was popular with the masses but because it was rooted in what was simply RIGHT. Perhaps the irony here is that those who would protest against this issue are the very ones who attack others who stand against it. In other words, Methinks the lady doth protest too much. In other words, Donâ€™t be lazy, when it really counts.

Anyway, this is why I feel so strongly about a seemingly innocuous post by a would-be writer who does not understand the role of a writer or an editor, cannot spell, write a correct sentence or be bothered to learn how to take the profession. Seriously. I know taking this stand will ruffle feathers. Speaking a truth that requires calling others into responsibility always does. Some don’t say it because they fear the loss of friends; or they fear being labeled “not nice” –some writers don’t speak out because they fear the loss of readers and thus, sales.

I will never apologize for speaking out on this issue.

Do you think gay marriage ever became (what it is) without literacy and education? Why do you think that has started changing? It’s because people were informed of the truth. People started to understand. Because other people stood up and said No, this is not right and it is causing great harm.

The statistics on illiteracy also apply to some writers who get the idea that they should be writers.

And so readers and other writers buy their terrible books either because they don’t know they’re terrible (because they, themselves are at least ignorant if not mildly illiterate) or they buy the book (or pat those (not)writers on the head on the pretense that they are “being supportive.” I say be careful what you choose to support.

â€œThe most wasted of all days is one without laughter.â€ ~E.E. Cummings

@NYGovCuomo @conniewhitehome I'm in AR. It would be nice to have a Gov who cares whether or not their constituents live or die. Keep doing what you're doing. I can't see my family in IL w/o 2 weeks quarantine, but we aren't so selfish as to put each at risk, anyway. We've got phones and face-time.