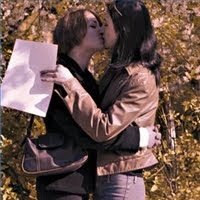 Before moving here, I never had to worry about what my friends thought of me. They knew me. Sometimes for 10 or 20 years–a few of them longer than that. And I was in relationships usually. Serial monogamist. So I didn’t have to worry about the impression I made, or if I was going to get laid anytime soon, or whether there was someone to confide in, play with…now, it’s all new. New State, new city, new people, and SINGLE, though not NEWLY SINGLE. Aside from a five month relationship, I’ve been single for what? 4 or 5 years? Add to this paradigm, the difficulties of being a small percentage of the population in several Identity markers, and being older, and it’s a recipe for angst. Dating was never something I did much of, because I was always either in a relationship or leaving one to go into another.

I’m still puzzled by the dynamics of dating. Women will tell you things that aren’t true–either because they think it’s what you want to hear, or because they’re not self-actualized enough to know what the truth is. And then they punish you later for behaving according to the information they gave. (like having a profile that portrays them as ready and open to finding love, going on 4 dates, saying point-blank they are attracted to you, postponing going out in favor of a kissfest in front of the fireplace, and then suddenly disappearing, only to pop back up with a Dear Jane note that they are simply not ready to date or have a relationship, like they thought). Or the shorter variation of that: they will behave as though they like you and they are enjoying a rapport with you and then just evaporate, like you were someone they just chatted with at a bus stop. 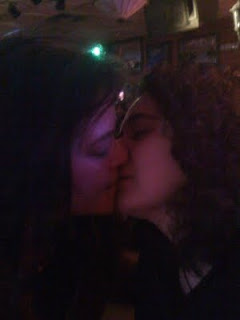 I had to start looking at how * I* responded to women in order to get some insight about why THEY respond in certain ways to me. I wanted to understand what they might be thinking. The edification wasn’t always complete. But this is what happens for me. When I meet women. I might not be attracted physically, or not attracted personality- wise, or there’s some other deal breaker. Or any combination of the three. Or,  rarely, I will meet a woman I am actually attracted to. Like a little giddy-crush-type attracted. Like being distracted by their lips when they talk, and wondering what it would be like to kiss them, sort of attracted. This is something new for me since moving here. i just can’t recall the last time I met someone in my previous life I was actually chemically attracted to–strongly. Attractions were always predicated on concessions. “Ok, not attracted to her voice, but she has a nice smile” or “hate the way she’s so butch, but she’s sweet.” or “She’s got a drinking problem, but she makes me laugh.” Stuff like that. When I say really attracted to, I mean, voice, lips, eyes, diction, hair, dress, personality, ethics, worldview, etc–the whole nine.
But when that happens, then the stressors begin–does she like me too? is she attracted to me? if she seems to like me, is she just pretending? Is she losing interest because I talk about writing too much? Because I have too much to say about too many things? Because she can sense my need for sex and intimacy and, ultimately a partner? Or is it just because I’m fat? I say fat, because that’s how it feels. I am “overweight.” But to me, it’s fat. I don’t have Body Dysmorphic

Disorder.  When I look in the mirror I don’t plunge into a depression and stick my finger down my throat or carve FAT in my arm with a pickle fork. I can appreciate when I look good aside from the weight. Sometimes I might say, “Oh, I’m having a good face day.” And a few times, after checking my appearance in the mirror before a date, I’d say. “Okay. I’d date me.” And I know if I ever could get the extra tonnage off, I’d be the first one to parade around in my underwear, or have no qualms about getting naked with a hottie, while the lights were still on in the room.

But fat is ugly. I don’t like it on me, and I’m not attracted to it on others. Though, I must digress here and qualify that with this: I am also not attracted to skinny women. I like curves, softness. I don’t want to feel like I need to wear a Michelin Man suit to keep from being impaled by a hip bone. And I could still be attracted to an overweight woman–and HAVE, more than once. I guess it’s just about how she carries it and dresses, and whether she has other qualities that intrigue or attract me.  But I am disgusted by my own naked reflection, and that’s not going to change until the reflection does. 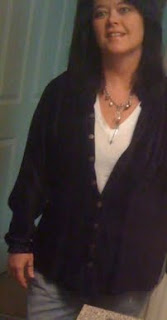 I hear some people saying, “You should love yourself as you are, you’re beautiful on the inside.” bullshit. No one will ever see how beautiful you are on the inside until they can get past the outside. That’s just how it works. it’s a rare person who does not see or respond to the attraction-factor. it’s hard-wired into the human brain. An evolutionary fact. Those who can be attracted to anyone might have an advantage when it comes to finding dates and partners, but then again, i wonder if that’s actually a DEFECT…and besides, if I am with someone who can be attracted to anyone they like on “The inside”, no matter what they look like, how does that make me feel special? “I love being with you Jae…or that crack whore over there. Either one, doesn’t matter.”

So, while I was too dense to appreciate the body I had when I was younger, I care that I don’t have the body I want now –because I think that maybe that woman I’ve just met and enjoyed coffee or a glass of wine with is thinking “She’s nice enough, but I’m not attracted to fat girls.”

And then I get mad and feel persecuted on some esoteric level because it took so many years for me to even be able to WALK again. (One previous girlfriend during one of those particularly trying disability binges even said she was embarrassed to be seen with me on those forearm crutches. I guess if you’re going to be a Jerry’s Kid, you better be really cute, and a KID. Her comment has never left my head, and I can still recall the profound anger and pain it caused me to be rejected for being disabled).

So–the fat-thing– It’s not like I just sit in front of the TV 24/7 eating Twinkies and Chic-o-sticks. (though I love TV, Twinkies and Chic-o-sticks. One of my favorite meals is also biscuits and gravy, but I’ve had that once in the last two years.) I have done everything within my power to get all this extra weight off, to include dieting, food science, portion control, drinking gallons of water, and consuming any number of other 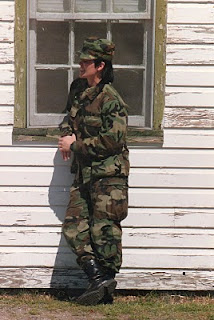 supplements and pills and potions. But since I couldn’t exercise for so many years due to injury and

pain, I just could not lose weight. period. And even though I have a great deal of mobility and don’t LOOK like I have limitations, I still do. Eating less never works for me. I just stay at one weight. (Overeating, though, will make me gain. Yay). I have one of those metabolisms that doesn’t respond to starving or eating less.

Looking back at my weight in the Army and when I was younger, I can see that the problem for me is, I don’t get enough exercise as I did during those times–or enough of the right exercise. Because, while I

can do way more than I used to, I can only do certain things without risking re-injury.  And I hate that with the red hot burning passion of a thousand suns.

I went on a full-fledged exercise binge when I discovered i could play racquetball again. And then I started working out everyday on the Gazelle and lifting light hand weights, too. Then POP! Blew a disc. Cervical disc rupture. Herniated Disco –and it took 8 weeks of special treatments, pain meds, and being in bed 99% of the time, to heal that. And I had to do it all by myself with no one to help me.

So, now, I do a lot of walking. I’m thrilled that I can walk 2 or 3 miles at a time, when not so many years ago, I couldn’t walk 2 or 3 yards. Preferable to the Crutches, and the scooter before that, and the wheelchair before that, I assure you. Yet, all this walking doesn’t seem to change my weight. The upshot is, no one knows or cares about your physiological history or your challenges in the past, when they meet you for the first time. They only see the packaging. And while I try to make the package as attractive as possible, there’s only so much I can do with this extra blubber and the effects of aging. I quit smoking tobacco and now use electronic (vapor) cigs; I use Apple Cider vinegar on my skin because it gives it a vibrant and healthy glow; I use a Derma-Wand device on it too–it’s a home face-lift type thing; I take mega-vitamins and supplements in a shake everyday. I tan, I use coconut oil as a lotion, because it’s natural and beneficial in many ways to skin and system; I wear makeup when I go out in public and always fix my hair, and wear nice jewelry. I always try to dress attractively too–especially if I’m meeting anyone for the first time.  As the saying goes, you can’t make a silk purse out of a sow’s ear. And while I don’t consider myself a sow’s ear, I still only have so much to work with.

What I want–crave–is to find someone who will not only be attracted to me, but to whom I will also be attracted, and that we will enjoy a harmonious lifetime commitment filled with love and laughter and hope and purpose.

And the voice in my head grunts, FAT chance.

"My problem is having TOO MUCH to write about. I don't suffer from writer's block, it suffers from me."

When NASA first started sending up astronauts, they discovered that ballpoint pens would not work in zero gravity. To combat the problem, NASA scientists spent a decade and $12 billion to develop a pen that could write in zero gravity, upside down, underwater, on almost any surface, and at temperatures from below freezing to 300 C. The Russians used a pencil. ~ [Editor's note: while humorous, this is actually inaccurate. See http://mentalfloss.com/article/13103/russians-didnt-just-use-pencils-space]

American elections should be decided by the American people, not by the Russian Government. Retweet if you agree!

A "mistake" is forgetting to lock the door. This was a DECISION.

We made a mistake.

As the National Archives of the United States, we are and have always been completely committed to preserving our archival holdings, without alteration.

Changing records of history at the National Archives to conceal criticism of Trump is terrifying. https://twitter.com/richardengel/status/1218492798682435585