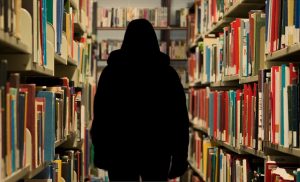 I have had some criticism from a few readers who were disappointed when I introduced new characters and locations and plots in my series fiction, and allowed the main characters to have a slightly smaller role to make room; apparently these readers wanted the same story again, the same characters, the same sex scenes, the same dynamics, the same formulaic challenges, the same everything. Essentially, they wanted to read about characters who lived in a vacuum, and never had any interaction with others, nor any natural progression. This mindset is not only elitist, fearful, and unrealistic, but within fiction, stale, to the nth degree.

I can’t speak for other writers or readers, but I hate cardboard characters. I abhor candy- 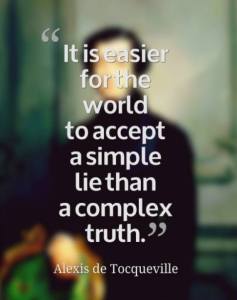 coated storytelling that allows a writer to merely live out their own puerile fantasies, casting aside what is true and real. Reading, and especially fiction-reading, is one of the great escapes. Yes. But there are limits to the value of escapism. The greatest happiness is the kind you have after grief, great failure, disappointment and striving. The greatest joys are ones that appear in contrast to your darkest hours. The reader has lost nothing by following a character through this process, and in fact, has gained something valuable. Inspiration. Something to aspire to. When writers tell stories with no regard for accuracy or even an appreciable ability to suspend disbelief, when tickling the fringes of reality, then that writer does no one any favors. In small amounts, perhaps no damage, but in a pervasive medium like literature and media, this only perpetuates a sort of quixotic, infantile worldview and ensures that there are plenty of opportunities for the shrewd and greedy and corrupt among us to take advantage. Many larger ideas can be traced back to something as simple as what you put in your head, what books you read, what ideas you embrace. So to me, books are not just digital images or paper with squiggly lines. They forge nations, bring peace, cause wars, educate, inspire and help us evolve as human beings. Because strong female protagonists are a comfort zone for me, I write from that place more often than any other.

I received a comment on my blog from a reader named Jim, who said,

“I found your writing on Kindle by searching for mysteries with a strong female character. I almost always go through my searches (usually mysteries and sci fi/fantasy) and center on female authors, as I find them generally more interesting in terms of characterization and interpersonal relationship dynamics.

I’ve read many of your books, and just discovered your blog here. I find that your writing makes me a better person, in that you dangle insights into my hetero life in the guise of lesfic that compel me to rethink a great deal of my preconceptions about women in general, and most specifically, my wife, my daughters and granddaughters.

AKA #6, for example, in its portrayal of the banding together of the DPD … I initially rejected the premise that all the males would band together in that manner and then began re-thinking. I live very near Ferguson, MO, and I started thinking about what you were portraying in the light of race issues here in the St Louis metro area. I re-thought, re-evaluated, and re-jected my initial rejection.

Your works entertain, and for that I thank you. They also educate and maybe, just maybe, soften and humanize even old farts like me.
Thank you.”

Notes like that serve as both validation and reminder to me, and I cherish them (Thank you, Jim). For this, and many other reasons, (some of which I spoke of here) I aspire to realism in my novels. Unless we choose to live in a cave and chase shadows, we have other people in our lives. We evolve, one way or another, we are not always the center of attention, nor the only ones who matter. There are straight and gay people sharing lives, intertwined; differing schools of thought, differing politics and philosophies, differing agendas and back grounds, yet all these types share the same space here on 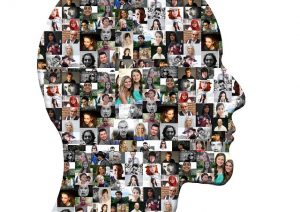 In my fiction, then, throughout all of it, I try to impart the concept that we are all more alike than we are different. That good must triumph over evil; that we all have challenges, heartaches, joys and changes, and those will ebb and flow in the meandering of time and experience. But these self-limiting readers seem to want predictability; regimented delineation of actions and events. Some metaphoric pat on the head that ignorance is bliss and knowledge is inconsequential.

Thus, let me just state for the record: I’m a firm believer in Recycling–except not when it’s a character or a plot. I will write where the story takes me. I will shine a light on both truth and deception. I will do my best to tell a good story, and give you–the reader–a reason to care about the people in it. I will try to make you laugh as well as cry. I will try to stir up the dregs of your forgotten beliefs.

But I will never write according to a stringent formula. Never.

"You know you don't have a social life when you begin to ovulate with your cat."

“We are all apprentices in a craft where no one ever becomes a master.” ~Ernest Hemingway

“New Rule: Gay marriage won't lead to dog marriage. It is not a slippery slope to rampant inter-species coupling. When women got the right to vote, it didn't lead to hamsters voting. No court has extended the equal protection clause to salmon. And for the record, all marriages are “same sex” marriages. You get married, and every night, it's the same sex.” ~ Bill Maher, New Rules "For sexual reasons, single people envy married people. For sexual reasons, married people envy single people." ~David Mills, author of Atheist Universe