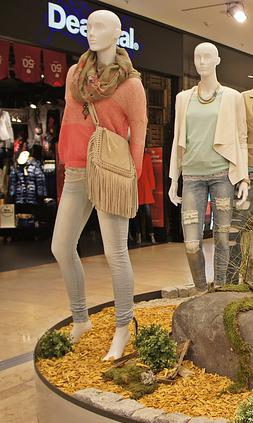 Most of my adult life, I’ve wanted a full-sized female mannequin posted in my foyer. Not just for comedic value. For practicality. I’m very utilitarian. I figured I could use her to hold the stuff I need by the door. She could wear my hat, hold my keys, my bag, my jacket– either wearing it or draped over one stiff arm. Or I imagined I could just put her in the house somewhere and dress her up in different outfits.

Since my wife and I are always talking about our future life on the road in a travel trailer, throwing caution to the wind and being open to adventure and fun, I thought maybe it was time to actually get that mannequin.

With further consideration of the logistics–we’d be traipsing all around on foot some of the time, of course. So I realized a standard mannequin would be cumbersome to cart around on various excursions wherein we might find an opportune situation to pose her. So i thought an inflatable model (get it? an inflatable MODEL) would be easier. I began my online search.

That’s when I realized I was talking about a blow-up doll. Because what i found were dolls depicted in obscene and disturbing poses in, albeit, a very plasticy way.

Now, was I really serious? Was I really going to carry around a blow-up doll? Hell, yes, i was. How much fun would it be to unfurl her from our backpack and start inflating her? Now, if i didn’t want to pass out from all that huffing and puffing to get her up (I’ll forego the sexual joke here), I realized we could just use a bicycle pump. (or considering the topic–maybe a penis pump? No, wait, that would suck the air OUT of her. Sorry, i should have skipped that joke, too). Then I imagined how funny it would be if we videoed it while one of us was inflating her in public. The reaction of onlookers. Priceless. Excellent fodder for our Operation Homestead YouTube channel.

But we’d probably risk getting arrested, I thought.

For what? Indecent exposure? Of a DOLL? Okay, maybe lewd and lascivious behavior? Does anyone still enforce that?

Either which way, I began searching Amazon for blow up dolls, and for various reasons I eventually opted out of the “blow up dolls” terminology and tried Inflatable Mannequins instead. I found a candidate, pointed at it, and Melissa glanced at my screen.

“It doesn’t matter what it’s called, just what it looks like,” I defended.

Thoughtfully, she said, “Well what does the review say?”

So I read the review.

Afterward, I’m thinking, Seriously? Too stiff? You do know that it’s filled with AIR right? Maybe you could just drain some of it out?

I’m also thinking about how the Powers That Be are now spying on our search histories. Knock yourselves out, you Nazis. I have nothing to hide. Especially when it’s hysterically funny.

And as a fiction author, it’s not as if i don’t do plenty of other searches that might get me called in for questioning. like,

>How long does it take to suffocate someone?

>Do small caliber bullets do more damage than large ones?

>What’s the best way to get rid of a body?

Back to the doll.

Aside from the practicality of declawing the cats before our inflatable travel companion joins us in the trailer, it could be a load of fun. Imagine the possibilities. Photos of her lounging outside the camper by the fire holding a stick with a marshmallow or a weenie (again, i will forego the joke in that one, since we’re talking
about a phallic object and a sex doll)… I suppose we’d have to be mindful not to put her TOO close to the fire. We wouldn’t want her to melt.

We could give her a really elegant name. Like Penelope. 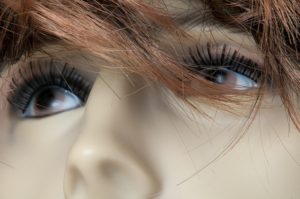 Melissa suggested Peaches CocoaPudding. But my considered opinion was that Melissa’s name suggestion would relegate her to Lady of the Evening status, and we want our blow up doll to have some class, goddammit.

Also, when we go out on one of our excursions, we could leave Penelope/Peaches sitting in the trailer at the table with a book and coffee. It might make the cats and maybe the dog feel less lonely. An added benefit is that any would-be burglers might be dissuaded, because they’d see someone through the curtains, inside the trailer. Using a doll-decoy to qualify you for the carpool lane has been done successfully; it should work for this, too. I’ve even heard of women using big male mannequins in the passenger seat of their cars so no one will think they’re driving alone. A safety precaution. Very wise indeed.

I guess there’s always a chance that we could come back and find all our stuff gone, and Penelope tied up and violated (perhaps appropriately, since she would be a sex doll, and they exist for the sole purpose of violation). Men can be sick bastards.

All that aside, we could also pose her all over the nation in photos, while we enjoy our travels. wouldn’t that be a laugh-riot?

"If I had two nickels to rub together I'd have to choose between buying something to eat and making a fire."

“Let the world burn through you. Throw the prism light, white hot, on paper.”

A part of us dies when any negative habit becomes a mindless activity, especially when we continue to do it because it's easier (or less painful) than leaning into the discomfort of change. In the process, we unconsciously become a little more numb to life. ~ Dennis Merritt Jones