So one day after this long dry desert of sexual activity, i finally had sex again. And as a joke, i put a glass pebble in this tall tubular jar. Then another one, each time I had sex again. And another. I was dating a very enthusiastic young woman. So after there were about 40 pebbles in the jar, i was feeling rather studly and my self-esteem got a much needed boost. So i kept putting pebbles in the jar each time. By the time I had booted 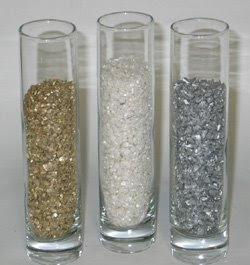 the sex-hungry young woman for her pathological lying, i had about 84 pebbles in the jar. (And no, I’m not pathologically lying. I swear. 80-something. Those who have read my book, Plethora, will recognize her in the chapter, “A Wish Called Wanda.”).

So this trend continued throughout my series of dating excursions, until the jar was getting pretty damn full, since i was inevitably, and with a degree of mystery, intent on filling that jar with pebbles. Each girl was represented by a different color pebble, so that the jar became this montage of carnal delights every time i looked at it. (My best friend once asked–“What’s that one black pebble for?” I told her never mind, i wanted to forget that one).

Eventually, i hit the intimacy desert again, and the jar came to a screeching halt at a certain level. It gathered dust. And mostly, it mocked me. Where’s all that irresistible charm and sexual prowess, now, Baeli? it accused. I told it to shut up, but somehow couldn’t put that jar away because it meant something. It meant that for one prolonged period of my single life, I was in demand. I had had my way with a string of women and had ultimately done everything i could possibly think of to satiate my desires. I had sex. Lots and lots of sex.

Now, I am starting a new chapter in my life, moving to Colorado, and hoping to again end this desert of celibacy I’ve found myself in for the last two and a half years. But, perhaps bravely, I put that jar and its intact pebbles in the Moving Sale.

And let me tell you, there’s nothing like selling my sex jar to a little old lady who dangled her fingers in it, swirled the pebbles around and said, “Ooo, these feel good.”

And I stifled a rude cackle. “Why yes,” I said. “They certainly do. But I have to let them go.”

I've crossed over into the snark side.

If you write one story, it may be bad; if you write a hundred, you have the odds in your favor. ~ Edgar Rice Burroughs

"There are no short answers to be had when long ones will suffice." ~Kate Genet