Most of us are familiar with the Mother Archetypes in our society–one of which is the passive-aggressive mother who tries to make you feel guilty for living your own life because it doesn’t coincide with what she wants or needs. As exemplified by messages like “I had to go to the doctor yesterday…in case you care…”

A friend of mine is dealing with this sort of mother, who has a long track record of showing little or no concern for her daughter’s happiness, nor at all appreciative of her daughter’s wonderful 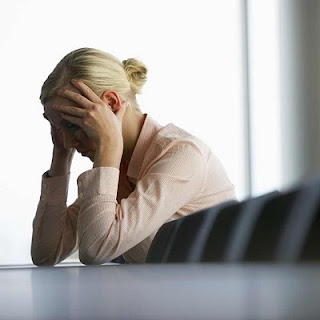 qualities. Her only contribution to the mother-daughter relationship is criticizing, dismissing, minimizing her daughter’s feelings, wishes or challenges.

Recently my friend was victimized by her mother’s guilt trips about not “coming home” enough (out of state), and that it was somehow a mistake to move so far away from family. The point that seems to be missed by overbearing, passive aggressive, self-absorbed mothers like this, is that if your daughter feels like she has to move to ANOTHER STATE to get away from you and be happy, there’s an issue that isn’t about your daughter’s poor choices.

This friend of mine is currently worried about her grandmother’s health, and that she might not be around much longer. And she’s anticipating the issue of her grandmother dying, and then knowing she simply cannot afford the trip back to her family’s state. She had just made one recently to deal with other dramas in the family and can’t do it again anytime soon. She’d probably have to take a week off from work again, like she did when her grandfather died, and she can’t ask for more time off for awhile without endangering her job and her financial status. She was already making up the time she missed to go home recently, by working late almost every day. So she anticipates the guilt-trips and emotional blackmail that will certainly follow, should her grandmother pass away anytime soon.

I could see that the situation could use some reframing.

So I told my friend that we now live in a different world than the generation of her mother. People are moving around more and the economy is in the toilet and everyone is struggling. The point is, you can only do what you can do, and the guilt trips from her mother are about her mother’s issues, not anything my friend is doing wrong.

I said that people nowadays miss things like funerals and weddings and hospital visits, because life is hard, finances are strained, and we’re all generally scattered and not living near our parents and other relatives.

And the deeper issue here is that whether or not you believe in souls, it’s about that person who died, and your relationship with them–not your relationship with everyone else. If they do have a soul and there is some higher existence after the death of the body, then they would not have petty human emotions anyway, would know you love them and wanted to be with them to say goodbye or honor them at a memorial or funeral if you could. And they would feel your love for them no matter where you were geographically. So the guilt-trip aspect puts limits on the limitless nature of something like that.

Contrarily, if you don’t believe in the soul and any form of life after death, then it’s that the person has died and is completely unaware of anything anyone does and so it’s a moot point.

So the feelings of the other people about what you are and are not doing to honor a loved one who has died, is THEIR ISSUE and has little to do with who you are, or what you’re responsible for. All in all her mother’s arguments against my friend’s decisions and her choice of where she calls home is about what her mother wants and needs and has nothing to do with what her daughter wants and needs, so ultimately, it’s all about being selfish and not about being loving or supportive. Thus, it’s her mother’s issue and my friend doesn’t have to get sucked into that void.

“I do not over-intellectualize the production process. I try to keep it simple: Tell the damned story.”

“Every fact of science was once damned. Every invention was considered impossible. Every discovery was a nervous shock to some orthodoxy. Every artistic innovation was denounced as fraud and folly. The entire web of culture and ‘progress,’ everything on earth that is man-made and not given to us by nature, is the concrete manifestation of some man’s refusal to bow to Authority. We would own no more, know no more, and be no more than the first apelike hominids if it were not for the rebellious, the recalcitrant, and the intransigent. As Oscar Wilde truly said, ‘Disobedience was man’s Original Virtue.” ~ Robert Anton Wilson

Delicious. I wish our own leaders would treat #pence like the traitor he is. Kudos to #PrinceCharles #PenceSnub #PenceKnewEverything #ImpeachPence

Prince Charles showing us the proper way to greet a fascist like Mike Pence!🔥

Breaking news from MSNBC: Ted Cruz has been in contact with Trump and they are now demanding that Hunter Biden be called as witness and he's now more relevant than ever.

My question is why is a senator/juror in contact with POTUS during the trial?

TRANSLATION: "I am obstructing justice once again, and getting away with it in broad daylight. Heil Hitler."

#JusticeRoberts is part of the problem. I fear we are lost. The corruption runs too deep and wide. I'm baffled about how we recover our country again.

Sen. Lindsey Graham has spent considerably more time absent from the Senate chamber tonight than sitting in his seat. After leaving the floor for about 30 minutes, he returned for about 10 minutes and promptly left again — this time to the Republican cloak room. @jeffzeleny

I first met Mitch McConnell in 1978. He is about one thing - himself. He is far more dangerous than anyone else on the international or national political stage. He is the darkest side of the American Dream - ruthless, soulless, vindictive and cunning. @senatemajldr https://twitter.com/voxdotcom/status/1220043238901473280