↓
Home→CREATIVITY→Arts→My Birthday Legacy Rumination
Today is my birthday. I’ll be 44. (yes, i will! shut up!).

And since today is my birthday, I thought I’d do the obligatory ruminations. Who, what, where, when, and why…and how.WHO: My big three identity markers are, Author, Artist, Singer-Songwriter. I’m also an avid blogger, a therapeutic touchist, a webmaster, an armchair philosopher, and….I like cheese.
WHAT: Fiction and non-fiction–I have 12 books in print with about 5 more available (I hope) by the end of this year. I like to paint, and do sculpture and pottery. I record CD’s of my original music in my paltry home-studio, and give them away to those who want them, and some who don’t. I am in the process of migrating my previous blog here to Blogspot/Blogger, and continue to write new blogs.
The therapeutic touching thing I don’t do as often, partly because i don’t have a girlfriend right now. (Any woman want me to massage warm oil all over you while you lie naked and trusting under a flannel sheet?)

And as soon as I get my kiln fixed, I’ll be doing sculpture and pottery again. I’ve been saying that for a year. Something always gets in the way of that expense. Like…groceries, dammit.

WHERE: Everything I do, I do at home. Except Going out. That would be…um… not at home. But I spend an unhealthy amount of time by myself. Come over. We’ll have some cheap blackberry merlot. And maybe if you’re female and really hot, I’ll therapeutically touch you.

WHEN: From the minute I wake, until my head is lolling into the keyboard, and I simply CAN’T make a higher score in that nightly damn Kyodai Mah Jongg game anymore.
WHY: why does anyone do anything? Two reasons, usually. Because they have to, or because they want to. If you’re lucky (Like me) you get to do only what you want to. Although I don’t want to pay bills, but I still have to. If I didn’t, I wouldn’t be able to do what I want to every day because it’s hard to have stability when you live in your car. So while I don’t WANT to do that, I HAVE to. (See? I have it rough, too). So bills. Necessary evil. Other than that, I’m pretty lucky. I get to do what I love everyday. Now if I could just figure out how to find a vampire so I can offer my one-year-older neck to her lovely fangs, and thus live forever… Christ on a cracker! I’d get SO MUCH DONE. 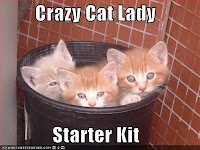 HOW: On a wing and a prayer (though I don’t pray, unless something life-threatening is happening and I need to hedge my bets–so that’s out); okay, HOW is with great determination. And skill. And amid way too many conversations with my cats.
So yes, I’m thankful that I’m here, and by extension, that I was BORN. (Though i wasn’t born with extensions). Today commemorates that day. (Hazah! Hazah!). It’s a time to look back on all I’ve accomplished, and get pissy about the things I haven’t. I am often asked, with a measured degree of disdain, why I put so much of myself on the Internet. It’s dangerous, they say. It’s…maybe even…vain? No. Nothing so dramatic as that. My take on it is this: I must leave something behind that can be accessed by anyone who wishes to, or for anyone who is seeking some kindred, some validation, some encouragement, a pretty song, an enjoyable read, a thought-provoking or sensual piece of art, or a good laugh that sends Dr. Pepper through the nose. I put it all out there because it is my legacy.
The always inane and vacuous George W. Bush said, “There’s no such thing as legacies. At least, there is a legacy, but I’ll never see it.” He’s wrong. And stupid. His legacy as the WORST PRESIDENT IN HISTORY will live on in the poverty and oppression of billions of people, (and many others in other countries)….but i don’t want to talk about Dubya on my birthday. Stop ruining it, you gravy-sucking pig! (Here, hold this.) Anyway…I tried to find a more inspiring quote about a legacy, but there were few to be had. I suspect because those who might have recorded this bit of wisdom, found that they were already dead. And dead people don’t jot down pithy quotations about having a legacy; even if you’re one of those gifted few who “see dead people.”

So i guess I’ll never know what mine is, really. I just suspect it might have something to do with what I do every day. And I hope my legacy isn’t posthumous. I’d like to know what it is before i croak.

"Not only do I NOT swallow. I won't stand in front of the hose."

I write for the same reason I breathe - because if I didn't, I would die. ~ Isaac Asimov

"The most unfair thing about life is the way it ends. I mean, life is tough. It takes up a lot of your time. What do you get at the end of it? A death. What's that, a bonus? I think the life cycle is all backwards. You should die first, get it out of the way. Then you live in an old age home. You get kicked out when you're too young. You get a gold watch, you go to work. You work forty years until you're young enough to enjoy your retirement. You do drugs, alcohol, you party, and you get ready for high school. You go to grade school, you become a kid, you play and have no responsibilities. You become a little baby, you go back into the womb, you spend your last 9 months floating... you finish off as an orgasm." ~ George Carlin

My wife and I stay home, period. In fact, our van is dead in the driveway, needs a starter (probably new tires, now, too, since it's been there 5 months). We order all our food online from Amazon, Walmart & Schwan's. We haven't been farther than our yard in 5 months.

So, I’m like basically only going out for essential things like food and doctors visits. Is it just me? Am I the only one still taking Covid seriously?

NO PLEA DEALS. This is too important. We must make a stark example of him and his minions so this will never happen again.

@realDonaldTrump If Trump is indicted in NY on financial fraud, that would mean a near-automatic conviction. And with no pardon available on state charges, Trump would have to at least consider pursuing some kind of resignation plea deal in the hope of a reduced prison sentence.

If #Blackstone buys @Ancestry i will delete my account and all my data.