It has been said that being a writer is like playing god. You have the power to make anything happen. Writing about witches and magic and newly created myth is even headier stuff. And a whole hell of a lot of fun. But it was also a great deal of challenge, to keep track of all the history, fictional and otherwise. In all my books, I do my best to stick close to the truth. The same is true for a book about witches. I didn’t want to fall prey to the usual tropes found in books about magical beings. I wanted everything to make sense; only short trips into the territory of the Willing Suspension of Disbelief.

In recent years, it has become apparent that much of what we are taught or learn about history isn’t exactly accurate. George Orwell said that History is written by the winners. This doesn’t, however, make it a true accounting. Spin-doctoring being what it is.

The inspiration for the historical aspects of New Harbor Witches was predicated on my ruminations about what is true, what could be true, and what is false, but makes a whole lot of sense. I was entertained by the way historical fact kept weaving itself so well into the story.

As for the far-fetched nature of witches, with even a cursory understanding of evolution, it is not that 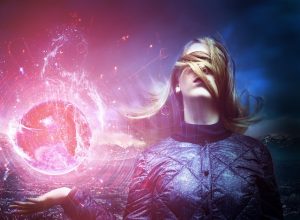 much of stretch to imagine that a more evolved human could have abilities that might seem magical. One has only to consider the Bombardier Beetle, which can create and eject a noxious chemical to burn predators, or the sticky feet of Geckos, or a jellyfish that is essentially immortal, and can inject poison in 600 nanoseconds. That’s 600 billionths of a second, or 5 million G’s—which is about five million times the earth’s gravity or 100 times the acceleration of a bullet from a rifle.

Or consider the sea cucumber, which can become liquid and then return to corporeal form, or owls who can arrange their facial feathers to pick up sounds from 75 feet away, or salamanders that have immune cells that allow them to regenerate limbs and organs, or clownfish that can change genders, or the electric eel, which can produce a jolt of more than 500 volts, or opossums who have a protein that can neutralize any poison they ingest.

With these facts in mind, having any type of ability that seems magical, becomes quite a bit easier to believe.

I am reminded of the technological changes in only my own lifetime. When I was in high school, 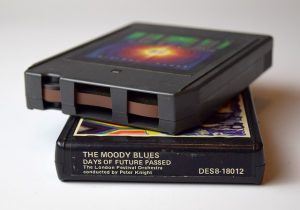 listening to my 8-track stereo or vinyl record turntable, I could never have imagined something like an iPhone, that could hold hundreds of songs in a tiny little space, with equally tiny little headphones that I could carry around with me, or wad up in a pocket. And before, talking on the phone meant holding a receiver up to your ear and getting a neck ache, and being limited by the length of the cord, not an unfettered, wireless network that allowed me to talk to anyone, anytime, all over the world with no need for physical plugs or cables. Written communication was done exclusively on paper and mailed through the post office and took several days to reach its recipient. There was no such thing as text messages that instantly reached the person you were talking to.

Photography meant buying physical film, and paying to have it developed. Now, we can take as many pictures as we want, with tiny cameras included in our phone, and store these photos on a cloud server, thousands at a time.

When I watched television back then, I had three channels to choose from, and no remote control. 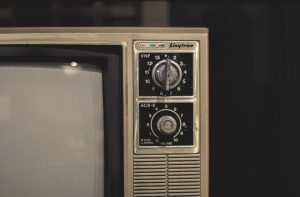 Going to the movies, often meant parking in your car and attaching a speaker to the window. Now, we can lounge on our sofas in front of a huge flat screen, and watch just about anything we want, while our popcorn pops in the microwave.

For the directionally challenged, like myself, there was no silky-voiced lady giving me turn by turn directions, and a screen with a vivid map of where I was and where I was going. I had to drive around and find my way without that, and if lucky, deal with one of those unfoldable paper maps that often didn’t tell me what I needed to know. And don’t get me started on my Roomba, which is essentially a robot that vacuums my floor.

When I first began writing my stories and books, I had to do my research at the library. There was no such thing as the Internet. And reading a book, meant holding that physical object in your hand and turning pages, and the number of books you had was contingent upon how much shelf space you had, not how much storage on your e-reader. I still adore libraries, but I now only use 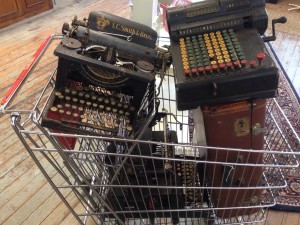 them when I want to read a print book, but don’t want to commit to buying it.

And perhaps the most notable change for a writer like me, we went from handwriting and typing on manual Royals and Underwoods to wireless keyboards, desktops, laptops and tablets, with all the wonderful software to go with them.

So magic is only that thing we don’t understand yet. I’ve tried to stay grounded in this truthiness while creating Keepers and Ravens. I hope you enjoyed the journey so far. There’s more magic to come.

I will not dumb myself down to make someone else more comfortable with their ignorance.

Anyone who believes you can't change history has never tried to write his memoirs. ~David Ben Gurion

“When I was in junior high I read a lot of Danielle Steele. So I always assumed that the day I got engaged I'd be naked, covered in rose petals, and sleeping with the brother of the man who'd kidnapped me.