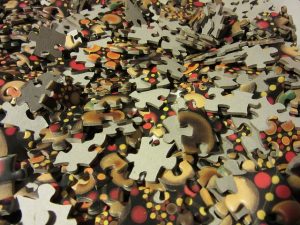 I haven’t spent much time making blog entries lately. With some consideration, I suppose it is because the last few years has been, in a word, overwhelming. There is so much to write about. So many unprecedented things happening. It’s hard to choose among a million subjects, and so, i believe, i have just let it slide, preferring to work on my books.

For whatever reason, I felt compelled to just post this. Today, on Twitter, I responded to several exchanges after I tried to check my voter registration, and had difficulty that made me believe my registration was suppressed. Eventually, I discovered that as I filled in the search boxes, the first search box selection would change my county. I live in a Red State–perhaps the REDDEST. So it’s easy to be paranoid about that sort of thing, here. When I posted to several people, hoping for help, I got some criticism from a Republican person on Twitter, and went back and forth with them on the subject.

I went back & screen shot them. This thread is not connected to the other threads except by your ID. Your ability to vote was never threatened. Your hate drove you to becoming alarmed, to make false accusations. That is what the DNC wants, alarmed, confused voters. Take a breath.

Well there’s another fine example of your condescension. I already explained I was trying to reach ANYONE who could help. The deadline was THAT DAY. My ability to vote WAS being threatened. I have friends who have had to take a day off from work to run all over the place to fix this process of registration. 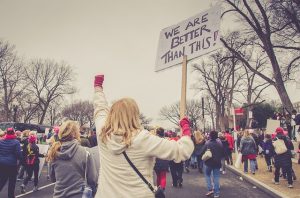 My alarm was not predicated on hatred, it came from my very real concern that the GOP will (and has done) a slew of unprecedented things to prevent the People from interfering with their fascist agenda. Why wouldn’t they do this, too?

And I contend the accusation was warranted, since, as I said, the fields in that form continued to change, and i kept having to go back and change it again. How many people do you think might not have noticed that at all? And maybe they just say “Screw it, I’m sick of this, i just won’t vote”?

I don’t believe for a moment, the DNC wants us to be confused; but alarmed? Yes. 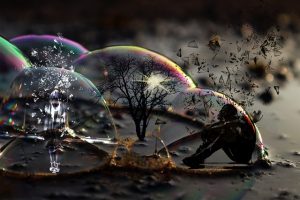 There is every reason to be alarmed. Those who know history understand the trajectory we’re on. And it’s not the America we all love. It’s fascism, pure and simple. Authoritarianism. That’s not hyperbole, and that’s not hysterics, as you imply. That’s a thinking person, looking at the facts, and doing their best to fight against becoming everything we have rejected as NOT part of this grand experiment of America. 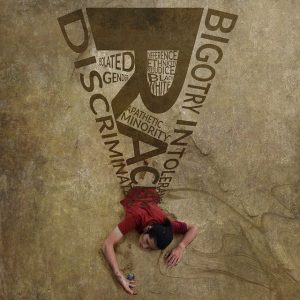 I don’t know your politics, your beliefs, or anything about you, personally. All I have are these few words you have written to me. From that, I can only assume that you do not believe there is anything wrong; that you believe people like me are just hysterical idiots running around aimlessly without two brain cells to rub together. If this is NOT who you are, I suggest you choose your words more carefully. We are living in the most historic and consequential times in the life of this country. The very things the Founding Fathers sought to escape when they tried to form this “more perfect union.” I am constantly stunned by the irony.

Americans have been lulled into a false sense of security, and now, when it counts, 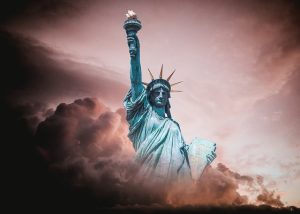 we have to stand up for these things upon which our country was founded. I see clearly what is happening; many others SENSE it, even if they can’t find the words to explain it. We are at Critical Mass. Our future depends on our courage and innate goodness. Not on lies, or the pursuit of power or money. Not on zealotry, and not on selfishness. We must make our voices heard.

I, for one, will not stand down, nor apologize for being passionate about what is right, and demanding ethical, honest representation for We the People.

“There are no laws for the novel. There never have been, nor can there ever be.”