↓
Home→CHALLENGES & MISHAPS→Aging→On the Heels of…
I had a marathon conversation last night with an ex from 10 years ago; and reconnected with her (Terra), via something she came across in my blog. The last half of the conversation created a feeling of great

discomfort for me–both then, and this morning. My dreams were filled with people from the past, and anxiety tinted the start of my day.

I was aware that in this phone conversation, I had slipped back into old habits and patterns of response and emotion. Our conversation was triggering me like a pack of firecrackers. She is, at the moment, inextricably attached to so many painful memories. She is attached to that battle with the Government/VA, that pain, disability, depression, ostracization, helplessness, and sense of generalized abandonment. While I know she was not responsible for all of that, she was still attached to that time period, and there remains a strong association in that regard. 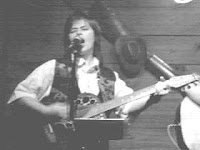 She has an association also with my first and second bands, and with the only woman who broke my heart; the one I was recovering from, when Terra came along. Terra gave me back that feeling that I was valuable and worth loving.

Last night, I didn’t even realize I still carried all that emotion from my life 10 years ago. The way I somehow became the villain, the scapegoat for everyone concerned. I thought I had healed and left it all behind. (These are the lies we tell ourselves). I guess I had merely buried it, ignored it and got on with my life as best I could. But you musn’t bury something that isn’t dead, or you run the risk of something along the lines of Pet Cemetery…specters raised from the dead to terrorize you. But how do you kill something without a MEANS of killing it? I never got closure in that situation. So I buried it alive.

A lot can happen to people in ten years. I had hoped that talking to Terra might allow me to reposition her in my life–not as that person a decade ago, but as someone familiar, yet new. Obviously, that’s going to be more challenging than I thought. I have a great deal more self-work to do when I get settled into my new life. 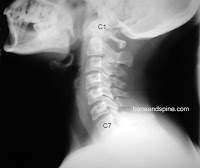 This re-connection came on the heels of recovering from the ruptured disc for 8 stressful and difficult weeks, much of which included the most excruciating pain I’ve ever had, being bed-bound, (while my computer crashed twice, by the way); coupled with this renewed realization of how truly isolated my life has become, and how there are few people for me to turn to, here. And nothing that interests me in the least. It all became vividly clear to me during this recovery period. I was even more resolved to move and start fresh. More convinced of my own brilliance in simply identifying the problem and taking steps to repair it, and reach for that happiness I have always so vehemently sought.
This reconnection with Terra also came on the heels of a series of betrayals by a few people in my life–who, in one way or another, showed themselves to be disingenuous, two-faced, and sometimes just plain mentally delusional or downright crazy. (I know most of my readers can relate). When Terra and I got on the topic of various social “Friends lists” I had such a caustic, strained and bitter response to it. No one REALLY has a hundred friends, I argued. That’s just a way for people to create some artificial self-confidence. They are only pictures. And very few actually understand the definition of what being a friend IS. One of those friends abandoned me in my greatest hour of need, after promising to be there for me in exchange for living here rent free. I had two relapses because I was forced to do things physically I should not have done, that she had promised to take care of. Not only was she a no-show, but she stopped calling for weeks, when I was in the middle of needing her help so desperately. And this person had done this sort of thing to me about 4 other times, and I had always forgiven and taken her back when she begged forgiveness and made new promises. So that was another trigger. Friends. 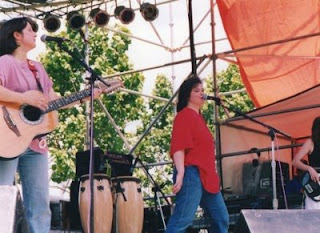 Terra’s mention of my previous bandmates, and other “musical people” topic in general, to include looking at professional photos on the Internet she had taken of them, also triggered me. I have always felt betrayed by them. After I was the one who did the bookings, the management, the publications and marketing, provided the van to carry the equipment, which was purchased on MY credit, and never got reimbursed or compensated for the wear and tear on, and gas for my vehicle, and also being the principal song writer…it was doubly hurtful to be pushed out of both bands. On top of performing with my ex (the one who broke my heart) and being mistreated and insulted by her at every turn…I had to walk away from something that was very much like a marriage to a person I was still in love with; while still being in love with that person still in the band. Now, I see these musical people from my past doing the music again, and enjoying that process and being respected, accepted and admired, and those feelings of betrayal and unfairness well up again. Why didn’t I get to have that? It wasn’t like I didn’t work hard enough for it.
This reconnection is also coming on the heels of a complete and utter dismantling of my own personal

worldview, which has been a two year process of letting go of all I used to believe about the existence of a god and what my purpose was in this life. Until you have walked down that road, you have no idea how completely devastating it can be at first. I embraced my atheism, and of course found that the Bible Belt is a terrible place to do that. Especially if you’re also a lesbian. This (currently) 630 page book about it (“Supernatural Hypocrisy: The Cognitive Dissonance of a God Cosmology”) was draining to write, but had to be done. Yet, facing my own personal truth with raw honesty also took its toll and I know that it will still be some time before I am completely at peace about it.
This reconnection with Terra also came on the heels of me finding myself isolated again, while those in my life moved, took other jobs elsewhere, found relationships, had children, and generally moved on with their lives, leaving me in the floodlights of waning purpose. Yes, I worked on my self and tried to be the most ethical and honest person i could be, even when it hurt like hell. Yes, I have written 13 books. And 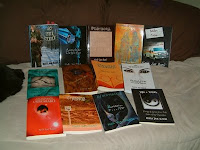 yes, I am proud of that. Yes, I recorded more songs and shared them, and yes, I created all kinds of art that was also something about which i was proud. But none of those things engaged me in a healthy interaction with other people on a daily basis. I kept exemplifying the definition of stupidity that I always counseled others about when they sought my advice: doing the same thing over and over and expecting a different result. I had moved from place to place, thinking that it would alleviate the broken parts of my life, and then finally it dawned on me. My mistake wasn’t in moving place to place, seeking the life I wanted, it was moving to the SAME types of places, in the same region, and expecting things to change.

I was saved only by the information from my best friend who had returned from Colorado to inform me that change had come to that area too, in the form of affordability and an even wider variety of experiences waiting to be had. And then I researched again and found that every single thing I was missing in my life, was to be had there. That’s when I gained another caveat about life: Just because you have made a decision previously, it does not mean it still applies now. Things change, people change, and you have to look at the facts all over again and see if that decision you made

still applies. Fortunately, I discovered mine didn’t and this opened up other possibilities for me.

So I began the goal of relocating, and it has taken me a solid year to get within 6 weeks of actually getting out of here. Setback after setback, betrayals, disappointments, misfortune, new health issues, and loneliness all colored the fabric of that scratchy cloak, but I wore it. I wore it and I vowed I would be free of it as soon as humanly possible.

And after coming out of a process in which a neurologist told me I had no choice, I created a choice, and having proved that prediction wrong, I was hopeful again. Laughing. Feeling my real self emerging once more.

Then a blast from the past unearthed my tenuous bomb shelter. And I was reminded with as much shock and ferocity, that I never really did have a grip on all of it. I had merely chosen to ignore it until it appeared to move away.

But I’m not done. I refuse to let go of this dream. I will not let this be my life. I will create another one. Again. And while I am weary and struggling to keep my chin up, I’ll push through this obstacle too, because this pinpoint of light shining in a dark place is searing my eyes, and it’s all I have.

Good authors spend a lot of energy and time on constructing a plot and providing surprises to keep the reader engaged and entertainedâ€“ when you come along and tell those twists and turns and outcomes, you have just spoiled it for anyone elseâ€“which is why itâ€™s called a SPOILER. This is one time when you should be vague.

â€œThe freelance writer is a man who is paid per piece or per word or perhaps.â€ ~Robert Benchley

A man's faith is just a subset of his beliefs about the world: beliefs about matters of ultimate concern that we, as a culture, have told him he need not justify in the present. It is time we recognized just how maladaptive this Balkanization of our discourse has become. All pretensions to theological knowledge should now be seen from the perspective of a man who was just beginning his day on the one hundredth floor of the World Trade Center on the morning of September 11, 2001, only to find his meandering thoughts--of family and friends, of errands run and unrun, of coffee in need of sweetener--inexplicably usurped by a choice of terrible starkness and simplicity: between being burned alive by jet fuel or leaping one thousand feet to the concrete below. In fact, we should take the perspective of thousands of such men, women, and children who were robbed of life, far sooner than they imagined possible, in absolute terror and confusion. The men who committed the atrocities of September 11 were certainly not "cowards," as they were repeatedly described in the Western media, nor were they lunatics in any ordinary sense. They were men of faith--perfect faith, as it turns out--and this, it must finally be acknowledged, is a terrible thing to be. ~SAM HARRIS, The End of Faith