Just ordered the print proof for Pooly Fall (Cross-Pollination #1). The digital copy is already at #3 on Amazon–a bestseller! It’s available NOW. Go to https://www.amazon.com/Pooly-Fall-Cross-Pollin…/…/B01GZWBJBA
Below, is the After Words for Pooly Fall.

Most of my followers/readers know that I have been in recovery from Adrenal Exhaustion since returning from New Zealand in January, 2015. This has had a detrimental effect on my productivity, and on the day-to-day composition quality of my work. Writing well has become much more difficult. But I keep trudging away, trying not to think about how my usual write-a-book-every-two-to-four-months is not currently part of the paradigm; though I will continue to strive toward that schedule as my health improves. And it has been improving lately; the intense brain fog, severe headaches and fatigue are much more manageable now, and I hope this will eventually lead me back to the agenda I used to have.

Another stumbling block has been how this has affected my enjoyment of the actual writing process. When enthusiasm takes a nap, that’s when discipline steps in. My love of writing is usurped only by my inherent need to write; it is my strongest identity marker. I can only hope that will win out in the end.

Still another obstacle, has been my personal experience with moving into full-fledged 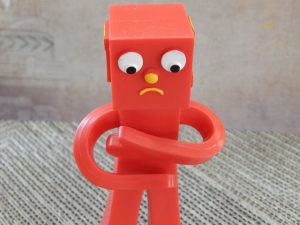 menopause. Amid hot flashes, more insomnia, and irritability, I’ve also found that my libido is comatose, and that does not bode well for someone who is notorious for writing rather detailed sex scenes in most of her books. I’ve had to steer those steamy encounters toward more poetic intimacies, rather than play-by-play descriptions of the act.

It occurs to me that maybe the problem is also partially due to the fact that there are only so many ways to describe sexual activity, and a limited cadre of vocabulary to accomplish the task. I’ve written so much of it, that each new sex scene struggles with sounding like some other one I’d written before.

Regardless, I’ve had such a hard time conjuring up any interest in writing about something I have little desire to do myself. I know it must disappoint my wife (who has been a trooper about it) but I fear it might also disappoint some of my readers. Still, all I can do is my best to deliver a quality story that keeps you turning pages, and hope that elaborate sex scenes won’t be missed so much, that it will adversely affect my reader-base.

It bears mentioning that as I get older, I also feel a need to focus on still deeper aspects of what it is to be a woman, a writer, and more pointedly, a human being—and that perspective will necessarily carry over into the characters I put on the page. Sexual activity has never been one of those facets I thought was more important than others. Balance is the key aspect of my existence these days, and that’s what I’ve been seeking in my writing as well.

To that end, I had to give some thought to where I would be taking these series characters, as they, too, mature and move into other stages of their lives. And I didn’t want to fall prey to the usual trajectory of series characters and plots becoming stale. Thus, I am always looking for changes that will breathe new life into the characters and the challenges they face.

One of those changes is the introduction of this new series of tweener books called the Cross-Pollination series, which will gather certain characters from my books into one storyline like this one. I hope it will serve as an hors-d’oeuvre; an interesting segue between the next books in any given series, while providing my readers with a little taste of those literary people they like the best, since it’s impossible for me to write four books at a time, and inevitably, I have to choose just one. 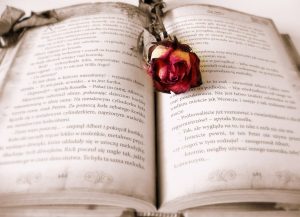 I’m sure other authors have had this idea, although I’ve had trouble finding many examples, so at least this type of book isn’t saturating the market. I like being a pioneer. Jenny Bhatt said it best: “The best fiction, for me, is that which supersedes genre distinctions and stands apart as a unique hybrid.” That’s what I try to do with all my books.

It’s also what I’m doing with my new imprint, Prismatic Literati Press. It’s diverse, inclusive fiction for all orientations. I have readers from many different demographics, and psychographics, and I want to deliver quality fiction to all of them, based not on where they live, who they love, or how much money they make, but on what their emotional needs are for the books they read.

Although I almost always have gay and lesbian characters, I seem to have entrenched myself quite naturally in books that are always nestled in the adventure genre, regardless of the other genre-elements they might possess. My goal is always a tight, logical, quick, unpredictable plot filled with challenges to flawed and loveable characters. It seems to be the core nature of the stories I tell.

In relation to Pooly Fall in particular, I am launching a new idea in marketing strategy, 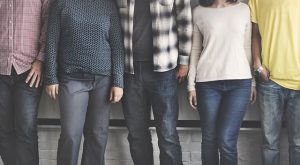 problem-solving, and evolution as a writer. Crossover fiction has several definitions, only one of which applies to this new series. “A crossover is the placement of two or more otherwise discrete fictional characters, settings, or universes into the context of a single story.” I haven’t read any authors who’ve done this. My wife mentioned that Jayne Ann Krentz does this in her books.

“In literature, some authors also engage in crossovers by including characters from different novels they have written in one particular volume; L. Frank Baum did this regularly, and Michael Moorcock frequently uses this device – particularly in his Eternal Champion series of novels, which establish a vast ‘multiverse’ populated by numerous different characters, many of whom appear in different novels and even different genres. Kim Newman is another author who frequently uses this device, as does Stephen King. The works of James Branch Cabell, J.D. Salinger, William Faulkner, Margaret Laurence, Thomas Pynchon, Kurt Vonnegut, Mordecai Richler, Edgar Rice Burroughs and Isaac Asimov also ‘crossover’ with each other, linking different characters and settings together over a number of different works. Author Rick Riordan publishes multiple book series featuring gods of ancient civilizations in the modern day, which have had two crossovers and three references to other series.”

I’m not sure how often it’s been done in niche-markets like lesbian fiction, which has been my primary category and reader-base, but perhaps it matters little. The point is, that’s where my body of work is moving since I began doing series fiction, and I didn’t want it to be like most other series fiction.

But for me, it is more than characters merely crossing over like a cameo appearance in our favorite shows. I think of this Cross-Pollination series as Tweener books, special editions, like TV programs do when they air Christmas specials not related to the overarching storyline of all the books; except these Cross-Pollination books of mine will be related, and serve to set up the individual storylines of the next book in each series.

That aside, my biggest obstacle is which series book I will focus on next. Ultimately, it has to be the one that pulls me the strongest, regardless of which one readers might want to see first.

I am still working intermittently on Frequent Crier Miles, a trilogy that I want to spend more time than usual on, and I do want to finish the standalone novella, Saturation Point, which has been patiently waiting so long for me; and want to do it in one fell-swoop before moving on to the next series book. [UPDATE: Frequent Crier Miles became Go.Leave.Stay. –now a bestseller. The FCM title being saved for another project this year, and Saturation Point was also a bestseller]

It remains to be seen which story and characters will pull the hardest on me. Ultimately, an author must write what speaks the loudest to be written.

Thank you all for your continued support, and for reading. I’ll do my best to keep you entertained, rattle your cage a little, and provide hours of meaningful communion.

remember that we writers can’t please everyone, we can only write the stories we feel compelled to write, and hope there are those who are interested in reading them. And more importantly, writing well is hard work; we pour ourselves into the job, and we have feelings, just like you do.

“Just write every day of your life. Read intensely. Then see what happens. Most of my friends who are put on that diet have very pleasant careers.”

disquisitiondis-kwa-ZISH-un a formal discourse or treatise in which a subject is examined and discussed. Dissertation.

What difference does it make to the dead, the orphans, and the homeless, whether the mad destruction is brought under the name of totalitarianism or the holy name of liberty and democracy?
~ Mahatma Ghandi

Trump's Golfing expenses would have paid for 200,000 portable Ventilators. In case someone is keeping a Schindler's List.

because it won't do anything but distract Democrats from doing work to save people, the economy, & the nation. What did the 1st Impeachment get us? It would just be symbolic, and we don't need any more of those. We have to survive 'til November and #VoteBlueToEndThisNightmare

I hear ya, brother, but unless he dies from #COVID19 he's not gonna go until November. You're screaming into the void. The #25thAmendment can only happen if Pence invokes it along with a majority of the cabinet. Not gonna happen. #VoteBlueToEndThisNightmare

By tonight we will have 105,000 virus cases. This lying idiot we have as a fake president should be immediately removed. His stupidity and his lies are killing Americans. He is a clown. And he is dangerous. He needs to go. Right damn now