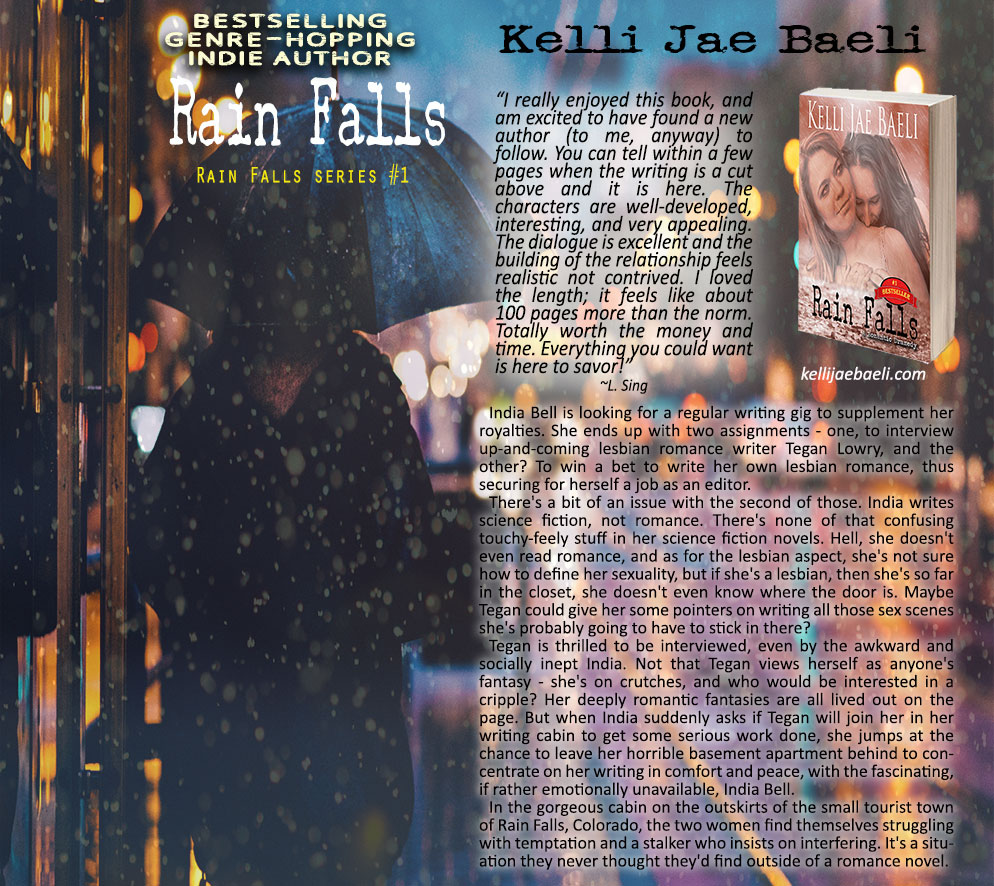 First book by Baeli and it won’t be my last April 20, 2017
This was the first book that I read by Jae Baeli and I was instantly hooked. The author delivers engaging characters, witty humor, a cat named Quasar, many obstacles for the characters to overcome, and sexual tension. I thoroughly enjoyed the book and will be reading many more by this author. 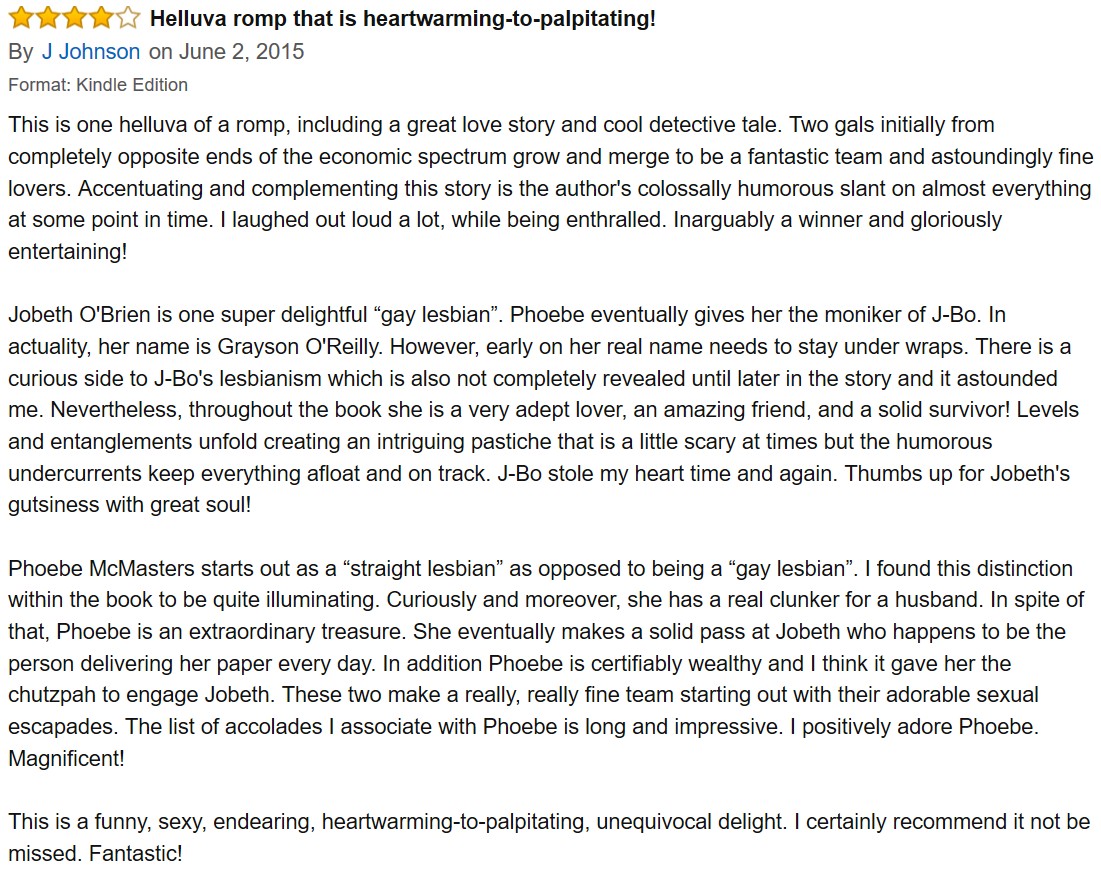 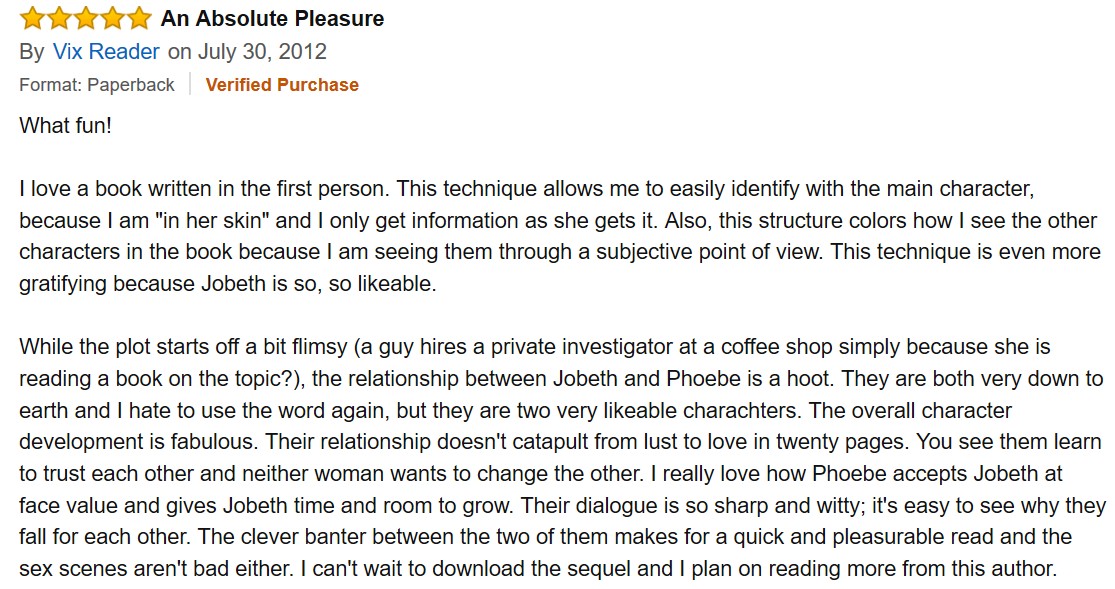 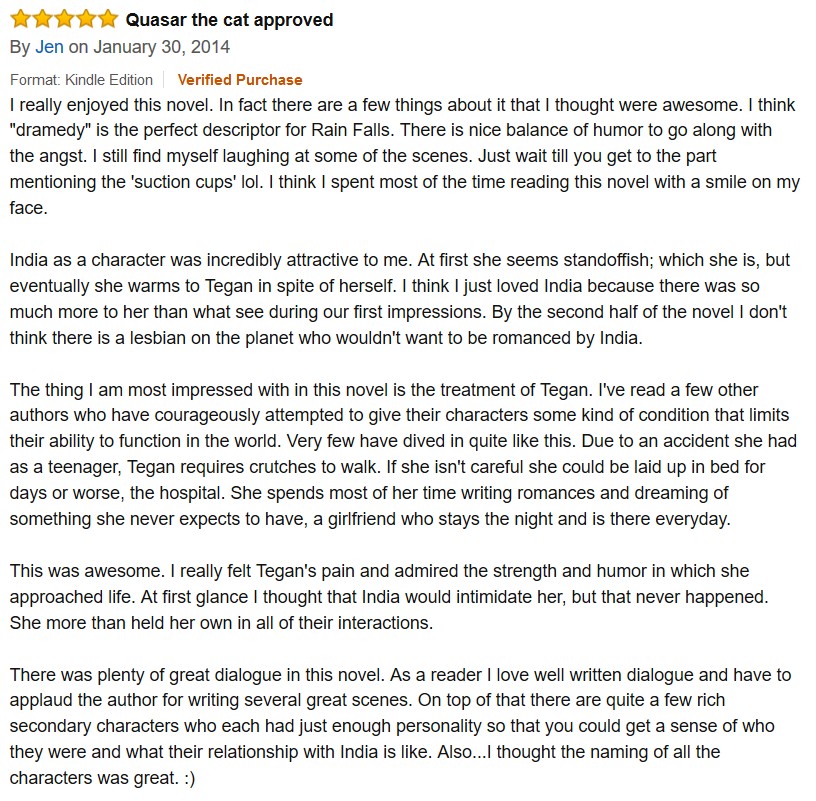 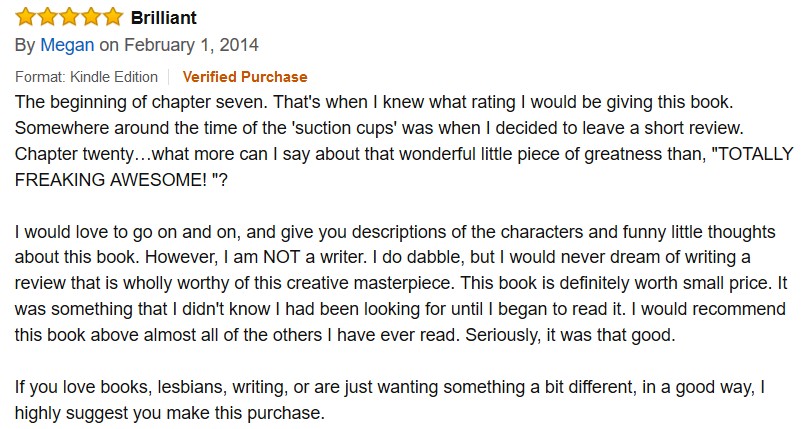 Tegan sighed. “You just have to picture the part you’re referring to and find an analogy…something that it looks like to you.”

“Well that’s what I see when I think about a…pussy.”

“What?” India suddenly realized how that sounded. “Oh, no, I didn’t, I wasn’t making an offer–”

“I just. I was wondering about this character, and why she wouldn’t be…never mind.” India put her head down again and stared at the blinking cursor. More like the BLINKING CURSOR, as if she were CURSING at it. She drummed her fingers on the desk, had a drink of coffee. She could feel the heat across her cheeks. Curious, she pulled a small mirror from the desk drawer to see if maybe she had a rash. Her reflection was suspicious. The rash seemed to be more like a…blush. Okay, she had embarrassed herself. Like that never happened. On second thought, it hardly ever happened. India looked up at Tegan and cocked her head to one side when she noticed that Tegan also had a rash. Or a blush. She decided against asking Tegan about it.

India was challenged by one character, because she didn’t know how to make her nice. Didn’t at least one character in romances have to be nice? She mentioned this to Tegan, who offered, “Well, maybe you could make the character sort of a dominatrix…sorta bossy.”

“Both. I wrote the intro, sort of, and then skipped ahead to when they are…you know…getting…frisky. To see how I would do that.”

“A romantic invitation doesn’t usually doesn’t begin with…I really want to put my cups on you.”

The purpose of a writer is to keep civilization from destroying itself. ~Albert Camus