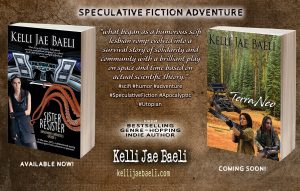 “I remembered the history lessons my grandmother gave me, passed down from her mother, and her mother’s mother. How it used to be perfectly acceptable for two of the same gender to mate. All it took was the apathy of the people, and one fascist regime—one started by a man named P. Murt D’lanod—taking over the governing bodies, and all those tolerances and acceptances were a whimpering dot on the chart of human history.

We called his adherents P-Murts. And we were the Sister Resisters, bent on reclaiming freedom for all.

Story Book had no idea how to pilot a transport ship. The narratives on her reader never taught her such things. But here she was, waking up on one. The trajectory from Pangea to the prison planet, Sintori-5, would have spelled her doom, had the ship not met with some mysterious mishap. 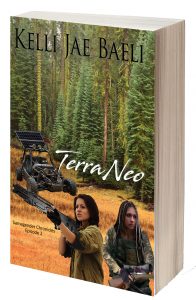 remember that we writers can’t please everyone, we can only write the stories we feel compelled to write, and hope there are those who are interested in reading them. And more importantly, writing well is hard work; we pour ourselves into the job, and we have feelings, just like you do.

“Genius gives birth, talent delivers. What Rembrandt or Van Gogh saw in the night can never be seen again. Born writers of the future are amazed already at what they’re seeing now, what we’ll all see in time for the first time, and then see imitated many times by made writers.”

There is not enough love and kindness in the world to give any of it away to imaginary beings. ~ Friederich Nietzsche

United for the People@people4kam·
24h

It appears that the Rolex that Joe Biden wore to the inauguration used to belong to Beau. If this is true, the Biden family deserves a major apology from the New York Times.

To Be Openly Black is a Revolutionary Act@RealKHiveQueenB·
22h

We need a war room.

Let's form a coalition to fight the disinfo and smears that will be lobbed at Biden and Harris.

I have a place for us to gather and make plans on how to push back against the bullshit coming down the pike.

Let's not be caught unaware.