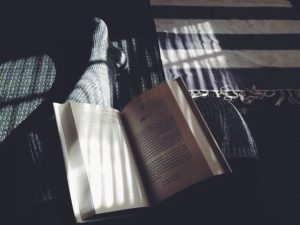 I have missed sitting down with a physical book and reading. My recent decision to take a sabbatical and just allow myself to be creative and deadline-free, had me standing in front of my fiction bookshelf, seeking something new. Something enjoyable.

As most of you know by now, I have become quite finicky about my fiction reading. I read so much of my own work in pumping out work in the last ten years, that I have had little time to read for pleasure, and when I do, it’s inevitably just before I go to sleep, and by then, my brain is tired, and I tend to fall asleep after a few pages, or if I’m lucky, a chapter. But now, I had no such limitation. I could sit in my recliner in the middle of the day, bold as lime-green neon, reading.

The first book that tweaked me from my shelf was John Boyne’s The Thief of Time. 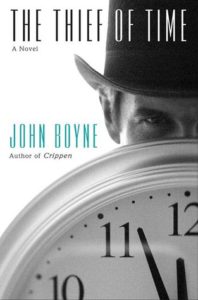 The Boy in the Striped Pajamas. Now, for the first time in the United States, comes the book that started the career of the author that the Irish Examiner calls “one of the best and original of the new generation of Irish writers.”

It is 1758 and Matthieu Zela is fleeing Paris after witnessing the murder of his mother and his stepfather’s execution. Matthieu’s life is characterized by one extraordinary fact: before the eighteenth century ends, he discovers that his body has stopped ageing. At the end of the twentieth century and the ripe old age of 256 he is suddenly forced to answer an uncomfortable question: what is the worth of immortality without love?

In this carefully crafted novel, John Boyne juxtaposes history and the buzz of the modern world, weaving together portraits of 1920s Hollywood, the Great Exhibition of 1851, the French Revolution, the Wall Street Crash, and other landmark events into one man’s story of murder, love, and redemption.

I was intrigued by the idea of immortality, and the jaunt through history from the perspective of one person. I always try to read other works that cover similar themes I address in my own books, but usually, it’s nonfiction. I have several books that explore time-travel, historical detail, and

immortality (such as my New Harbor Witches series). But no matter how intriguing the subject, I simply will not read poorly-written fiction. I was at once intrigued and delighted by the command of language I found on just the first few pages of this book, and so I jumped in. So far, it has maintained my interest 60 or so pages in. I thought of my friend, T.T. Thomas–an impressive Indie author who writes historical fiction, and wondered if she had read it, and if not, I thought to recommend it, but as is the case with many of my reading endeavors, I can enjoy a book for a time, and then it seems the author loses command of the material, or otherwise begins to disappoint me, so that I inevitably put the book down and move on to something else; thus I decided I should wait until I’d read the entire book, before recommending it. I still hope this won’t be the case with this novel, and I found myself checking the reviews, to see what other readers thought of it. I was surprised to see a rather stark response on the spectrum. It seemed readers either hated it, or loved it. I wondered if maybe this was going to be another of those novels I begin and then reject as it loses its way. 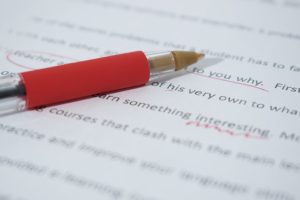 dulled palate of modern readers. My career has depended upon genre fiction, and there are certain tropes and expectations that must be met in order to maintain that readership. While I always try to defy those expectations in a fresh way that will still keep the reader interested, it’s a precarious balance, and I struggle with the idea that American readers suffer from a sort of dumbing-down. This concept bleeds into our everyday lives, perhaps most notably, in our politics. I never want to contribute to that, but as I pointed out, I also don’t want to become another hack who doesn’t take the craft seriously. So I try to read above my skill-level.

Unfortunately, I do not find most “literary” fiction interesting or even good, and The Thief of Time appears to be in this genre. Some exemplary quotes to illustrate this might be:

â€œThe history that one can create with a friend, a lifetime of history and shared experience, is a wonderful thing and shabbily sacrificed. And yet a true friend is a rare thing; sometimes those whom we perceive as friends are simply people with whom we spend a lot of time.â€

â€œThe moral of the story”, he repeated, leaning forward and placing his hands flat on the desk in front of him, “is that every so often a natural disaster comes along, an act of God, and it blows all the dust away and when it does people can see that whateverâ€™s left underneath ainâ€™t so pretty. You get it?â€™”

â€œThe problem with todayâ€™s young people,” I said, “isnâ€™t that they do things which are bad for them, as so much of the media likes to think. Itâ€™s that they donâ€™t do these things right. Youâ€™re all so intent on getting off your heads on drugs that you donâ€™t think about the fact that you could overdose and, to put it plainly, die. You drink until your liver explodes. You smoke until your lungs collapse beneath the rot. You create diseases which threaten to wipe you out. Have fun, by all means. Be debauched, itâ€™s your duty. But be wise about it. All things in excess, but just know how to cope with them, thatâ€™s all I ask.â€

â€œAnd I am not one of these long-living fictional characters who prays for death as a release from the captivity of eternal life; not for me the endless whining and wailing of the undead.â€

The voice of the main character,Â  Matthieu Zela, is engaging, intelligent, thought-provoking. This is one of the primary elements that will keep me turning pages, no matter what genre I’m reading.

Thus, I will continue to read The Thief of Time until I find a compelling enough reason to stop. Either way, there will be value in it, for as a writer, I benefit from filling my reader’s mind with well-wrought language. Garbage in, garbage out.

â€œDonâ€™t expect the puppets of your mind to become the people of your story. If they are not realities in your own mind, there is no mysterious alchemy in ink and paper that will turn wooden figures into flesh and blood.â€

â€œIt's true, I did say I wanted girlfriends," I capitulated hesitantly, "but couldn't we start with something smaller and less terrifying? Like maybe spend a weekend at a crack house? I heard those people are very nonjudgmental, and if you accidentally say something offensive you can just blame it on their hallucinations.â€ ~Jenny Lawson, Letâ€™s Pretend This Never Happened

because the #MSM has been complicit in this nightmare from day one, and they still are. They did not learn the lesson.

This was how NYC spent 4th of July weekend. Unprecedented to have such massive protests calling for justice all around the country on the 4th. How was this not front page news?