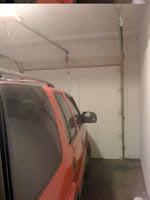 Discovered that the private garage at my new place is very small. I felt I should maybe fold my side mirrors in, or rub Vaseline on the side of the Cherryot. I did get it pulled in without losing any paint, but hoped I would learn the skill that sardines know.
Got everything inside, and discovered that Biscuit was nowhere to be found. I had been so careful. I even closed the garage door after I pulled in, carried her inside, and watched her dart into the apartment to hide, as usual. She has been so traumatized by this.
But then after I got everything in, couldn’t find her, looked in every nook and cranny, closet, even checked to see if baseboards were intact in kitchen by dishwasher, because I had lost her when moving into my previous apartment, and that’s where she went. Then, as now, I thought she might be some magic cat who could disappear at will. Like the Cheshire Cat, except when Biscuit disappears, she hasn’t been smiling. Finally when the laws of logic started to move into considerations of a possible vortex, or a wormhole, or even a parallel universe, I found her. In the corner of the kitchen, atop the cabinet. She’s been there now for two hours. Won’t come down. 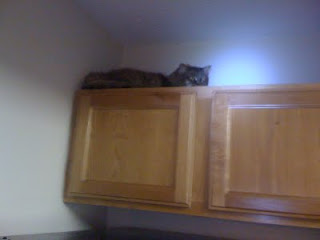 Then of course, after the hideous 5 days I’d had, I just wanted a shower. But realized I’d left my shower curtain, and also had no towel. I showered anyway, just as I had the at previous apartment when I moved to Colorado–just directed the spray toward the wall and tried not to splash too much. And then I had to just get dressed, and let my clothes absorb the water. Then of course, I found that one towel, but it was too late. Later on, I had to climb with my sore body up on the counter and lean over the top of fridge to have a discussion with the still-retreated Biscuit.
“Hey Biscuit-head. You know it’s okay to come down now. This is our new home. We’re staying. No more moving. No more grabbing you and stuffing you in crates and suitcases. It’s safe to come down now.” 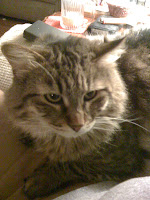 She said  right.
“No really. I mean it. I did all that horrible stuff so I could get us here. This is your apartment too. You want the grand tour?”
Turning her head away. Not really.
I scratched her head,  petted her. “Why don’t you just step down onto the top of the fridge, so you can see?”
Not a chance.
“How about if I just help you down?”
Don’t you freakin’ touch me. You’ve been trying to kill me all week.
“That’s not true, Biscuit. I love you. You’re my baby.”  Then I added in a collusive whisper, “You know you’re my favorite.”
Slightly interested now. Really?
“Really. Now let me just help you down.” 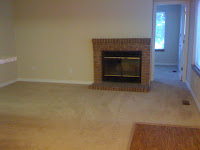 I picked her up and held her firmly to my chest, still petting her and cooing nice things, and then struggled down off the counter. I set her wriggling onto the carpet in the living room.

“Look, Biscuit, look how big it is! And over here on the fireplace hearth, I have the litter box and your food and water, come look.”

She obliged, but without much enthusiasm. “Now, in here is the room where my office will be. It’s twice the size of all my other office rooms. Look.”
MM-hm. 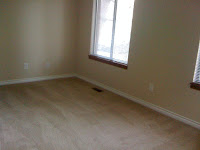 Walking to the bathroom doorway, like some erstwhile tour guide, I said. “And in here is the bathroom, see? No shower curtain, careful of the puddle on the floor.”
She peeked in and nodded, and then swirled with her feather duster tail toward the bedroom door.
“And this is the bedroom. See? There’s Monkey on the foamy bed.” 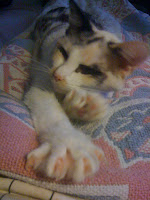 She rubbed it along the side, and gave a nod to Monkey who extended a paw, but it was rejected.
Wandering back in the living room, she plopped down in the middle on the carpet. Calmer now. Monkey ambled in with her simian stride, and simian feet and sat down in front of her, gave her a few kisses on the head. Biscuit purred.
Share
Tweet
Pin

"You know you don't have a social life when you begin to ovulate with your cat."

There are three rules for writing a novel. Unfortunately, no one knows what they are. ~ Somerset Maugham

It is very unnerving to be proven wrong, particularly when you are really right and the person who is really wrong is proving you wrong and proving himself, wrongly, right. ~ Lemony Snicket, The Blank Book