I just had a really unsettling experience. I’m trying right now to just calm my thumping heart, and take a breath.

One thing that is no secret about me, is that I don’t have many secrets. I am pretty open. I have to be, because I am a creative person who produces creative material. 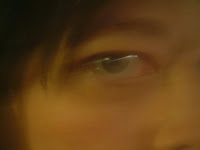 But I don’t pretend that I’m so special that i don’t have a day to day life with day to day struggles and victories that i wish to share with those in my life. Nor do I pretend that human nature is always simple. There’s something else I make no secret of about myself. I will be the best friend in the world to someone, if they treat me right. But the second they turn on me, all bets are off. A longtime friend with whom I haven’t had much regular contact in recent years, just got really hateful & posted a couple of confrontational and venomous statements to me. I tried to click her on my friends list to write to her and find out what the hell was going on, but discovered she had removed herself from my friends list, so I couldn’t.

BACKSTORY: Earlier today, a friend called and asked my permission to give this person i mentioned above, my new phone number. I told her of course, but was confused because she was on my friend’s list and could have just asked me. A bit later, i wrote to this longtime friend and asked her why she didn’t just ask me for a phone number instead of asking another friend of mine. She was on my friends list. I would have been happy to provide it. But since we hadn’t been in touch a lot lately, I didn’t think to give it to her. I wasn’t hateful, i just wondered why she went through the other friend, instead of simply asking when she was on Facebook posting about her shows. Her response?

“No, I have better things to do than sit on Facebook for hours looking up information. I went straight to a source so that would have it.”

Better things to do than be on Facebook–I guess like THE REST OF US LOSERS. She effectively managed to trivialize the relationships we build by keeping in touch with each other each day. And some of us do want to be able to network according to other things we wish to share, like our music, our writing, our art….She had better things to do…Yet, has no problem using that friends list to announce her performances. I guess it’s just business, then, and not that she really cares about all those people.

It seems the big transgression was that i posted an inscription in a book given to me from an ex gf from TWELVE YEARS ago. I did it because it was a blast from the past & gave me a chuckle. This angry person made that hateful comment, and then I discovered she made another, under the inscription picture i posted. See, she’s still friends with that ex of mine, so that’s the connection. beneath all the other posts on that page, she said:

“Facebook is a wonderful tool for staying in touch with friends but digging up personal business and making it public is crossing the line. It absolutely serves no purpose.”

Um—digging up PERSONAL BUSINESS? An ex who wrote that she thought i was an alien sometimes but she loved me? TWELVE FREAKING YEARS AGO?? how personal can that really be? And it only had her first name on it…WTF?

I will say this. I am aware that there’s a group of people from that period in my life who insist on judging me by who I was then, during some pretty tough times for me. I moved on, i tried to evolve, and I even tried to remain friends with them. But no. I was evil. That’s just really sad.

But here’s the part that hurts. I never did anything to this angry longtime friend. We had kept in touch on and off over the years. So why now, is her allegiance to my ex so profoundly strong that she felt the need to attack me for posting an innocuous inscription from ancient history???

Is there something I’m missing here? What is my crime, again?

I have written this because I want it all out there. All honest and no pretense. I always try to take the high road. I always try to do the right thing. Sometimes I screw up, but I always admit to it and try to figure it out and do better. I want to be clear where i stand on this.

So, to Becky Haynes, my longtime friend who decided to attack me unprovoked, I say this with the utmost sincerity:

It's one thing to say you think someone "hung the moon" but that generally means they are blind and deluded, and then the relationship fails because they say you changed, when really, they never saw you at all...The real test is if someone sees all your flaws or blemishes or individual differences, and they still think you hung the moon."