I got into an unplanned debate on Facebook. Most debates on Facebook are, in fact, unplanned. you know how it is. Most of the time, it begins with some innocent status update of mine, but this time, I started it by responding to something I felt needed clarification. I always feel a need to do that when i think something is being misrepresented or over-simplified. The following exchange was very thought-provoking and I agreed with many of the sensibilities of this poster, but the rub is always in the specifics, the semantics. This sort of debate is good, however, and I wish more thoughtful people would engage in it. 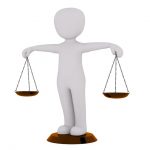 …Moderates are less concerned with principle than with locating in the safe middle, merely for the sake of its being the middle. This effectively consigns control of one’s ideology to those who define the extremes.

Kelli Jae Baeli: Um, sorry, Jeff, but your definition of “moderate” is erroneous. As a verb it means “to reduce from an extreme.” As a moderate, I believe that the truth is most often found in the middle–not because I cannot manage to make up my mind, but because extremes are often so dangerous and counter-productive, and frankly, just WRONG. There are good and bad ideas on either side of a spectrum, and it falls to us to sift through and pluck out what is good and what works, from both of them, in order to form a more cohesive, discerning and reasonable solution to any given problem. Moderation is what keeps us from war, religious zealotry, poverty, inequality, oppression, torture and the tendency toward a society of haves and have-nots.

Kelli Jae Baeli: NO, the moderate position does NOT consign its nature to the authors of the extremes. It merely suggests that I can think for myself, recognize merit, and discard that which does NOT have merit—on BOTH SIDES.

And both parties also have a few ideas that are sound and solution-oriented (fewer, i must admit, these 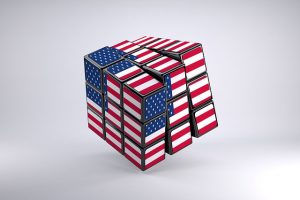 days, on the Republican side, but then again, that’s because the GOP has moved away from its original ideology, isn’t it?).

I think you misunderstand the nuances of what is meant by “middle.” It’s not a fixed point in ideology, it’s a collection of the best ideas from all sources…it does not insinuate that there is a MIDDLE place between those things you mention, but rather, a viable and equitable and helpful solution, leaving out the bits that don’t work. Maybe read what i said again. You missed the point. Your argument is hidden behind semantics, not rooted in the clarity of the specifics.

As I say above, those who stake out the moderate course (between the extremes) would, of necessity, be moving further to the Right inasmuch as both extremes (or at least what passes for such in America) have likewise been moving to the Right.

If you actually mean to say that you seek not a middle position but rather to handpick what you consider to be the best attributes of multiple ideologies, then that is not moderation but rather eclecticism.

When you say that to be a moderate is to take the best idea of all sources, you are departing from the definition of the term as commonly understood in the fields of linguistics and lexicography. Moderation has nothing to do with the best of everything. Instead, it has to do with a middle course between extremes, as you yourself first said in an earlier post.

In a society where plunder and war prevail, sustainable living and the practice of nonviolence qualify as the “extreme” position. We need to stop being afraid of this. We need to stand up and be counted.

Kelli Jae Baeli: Obviously, this debate cannot be properly addressed in sound bytes on Facebook. I could write you a 5,000 or 20,000 word essay on it, but I have other writing projects to get to. I will leave it at this: 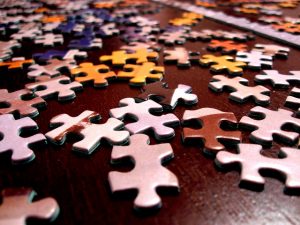 I believe you have a PAROCHIAL view of what is meant by being moderate. It seeks the same goals you profess to admire. Linguistics and lexography are themselves broad categories, as is MODERATE, so relegating the definition into those categories is limiting and not very helpful. You are flinging that “moderate” term around like you own it, and I say that I believe you unfairly categorize and pigeon-hole many moderates. I am trying to tell you what MY moderate stance is. Not what you define more broadly as what the WORD MODERATE means to YOU.  Moderate does not mean neutral.

And yes, you could also identify me in the arena of eclecticism–you say that also as if it’s a dirty word. I’m proud of my ability to think things through and consider the facts, using reason and discernment and ethics. But I don’t agree with ALL tenets of eclecticism either. For instance, I don’t believe it’s okay to leave the doctrines of different systems unreconciled. I am solution-oriented, not a hardliner, about most things.

I have strong views that move left and right on the spectrum, but my overall political beliefs are MODERATE. Using the accepted definition of “political moderate” means that I don’t adhere strictly to any one party platform, and that’s where the political definition of MODERATE ends and my individual input begins…Intelligence and education is FLUID, and it SHOULD BE, because people change, goals change, parameters change, choices change….I don’t believe that strict ideologies are productive, and we need to be able to adjust according to what the truth is, what benefits us and what does not (in ethical terms), according to the situation or subject at hand.

For example, I believe I have the right, as a woman who is in danger from the violence of some men, 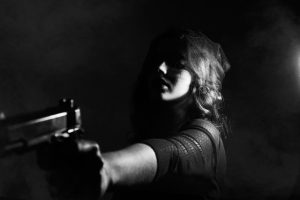 to own a gun for my personal protection–if I had had a gun during one particularly nasty even in my life, I would not have been attacked, cut up, beat up and left in a ditch. I would have pointed the gun at them, they would have left me alone, and I would have gone on my merry way. But I don’t believe I need an automatic weapon to do that, nor should automatic weapons be legal in most cases, and all gun owners should be glad to register properly and know how to safely use that firearm. (I do because I am ex-military, and also grew up with guns). Anyway, that viewpoint is the MIDDLE or MODERATE stance, and it’s neither Republican, nor Democrat. It’s far more nuanced than that.

Evolution itself is predicated on ADAPTATION, not strict adherence to a limited set of choices.

Now I must get back to my other work. Good day.

Since that discussion, and since the last election, I have moved to Democrat/Liberal, since the situation warranted it, and since being moderate was no longer what it used to be. The changing times demanded that I take a stronger stance since all the measures of where things were on the spectrum became skewed so drastically. But I still have the same opinion. It’s just in a different spot on that scale.

"One of my biggest fears is that I'm going to die alone in my home, and my cats will eat me because I am too dead to open their food cans."