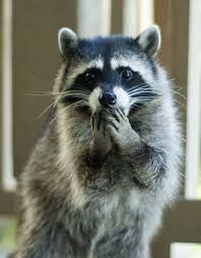 “Great Literature” is a generally agreed-upon concept–but according to *whom*, really? By its very nature, it is also a subjective concept. A great deal of literature most commonly defined as shining touchstones, to me are little more that dull or even irritating.

Take the notorious opening lines from A Tale of Two Citiesâ€ by Charles Dickens:

While a fine example of the literary device known as anaphora (the deliberate repetition of the first part of a sentence) I find this passage extremely irritating. Repetition in writing, to me at least, is something that should be used sparingly, and with great skill. The example i gave above is more like verbal Chinese Water Torture.

I can say this also applies to some other things like visual repetition. For instance, I don’t care for Andy Warhol’s famous painting of the soup cans. 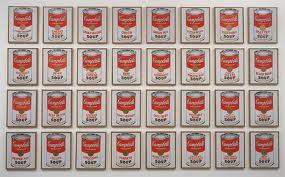 I even spoofed this in one of my own paintings, which I titled, “Andy Warhol’s Brain” 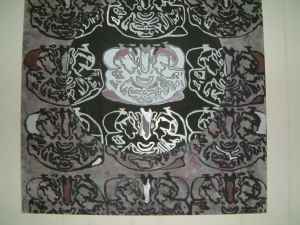 I can say that, while still realizing that I also paint things like this: 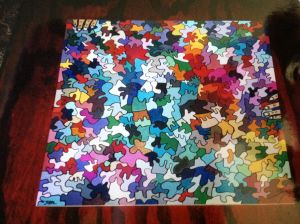 It is perhaps what I mean by the subtle difference between simple repetition and the variety that makes patterns more interesting.

I like variety in most things, as I detest being bored. But I also require certain routines and rituals, as they comfort me and offer a sense of stability. It’s a delicate balance.

I use this same concept in my writing. While adhering to certain rules of good writing, and particular elements of formula for the sake of meeting expectations of a reader, I also love to flip a formula or archetype in its head and take it in a new direction. I often write down what those expectations are, or what first occurs to me about a plot of a character, and then I flip it and do the opposite, or do something completely unexpected. I feel this keeps the story and the characters fresh and interesting.

So. As I said many times before, I hate to repeat myself.

"Two and two makes five, if you have big enough twos."

â€œThe road to hell is paved with works-in-progress.â€ ~Philip Roth

"In the beginning the Universe was created. This has made a lot of people very angry and been widely regarded as a bad move. ~Douglas Adams