↓
Home→RELATIONSHIPS→dating→What Would You Do to Have it?

My friend Justi and I were talking about our various relationships and non-relationships last night–she’s in one, I’m not. Part of the reason i relocated to Denver was so that I could meet different types of people than i have been privy to in the past, and have a better chance of meeting someone I could actually commit to.

She asked me if i would ever consider moving again if i met “the one” and “the one” was elsewhere.

My knee-jerk answer was NO.

My knee-jerk answer used to be “yes.” 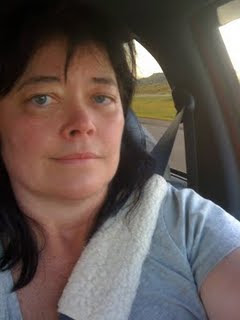 But as I told her, I know that I simply could not go through a major move again. It was so hard on me. There are two lengthy blog entries (Going to Denver Because You’re Dead) on that experience– and it’s not one I care to repeat. It was supposed to have been my easiest move, because I got rid of so much, and just drove cross-country pulling a U-haul trailer. But in many ways, it was the worst move, for the toll it took on me physically and emotionally.

And I mean, i have moved 42 times in my life. I don’t want to keep doing it. I’m finally in a region I love, which i feel fits me, and offers me everything I could ever need–hopefully that will include a partner at some point. But my reasoning was that if I couldn’t find a partner there, I couldn’t’ find one anywhere, and I would have at least strategically placed myself so that I could have a vibrant life full of plenty of things to do, and interesting people to make friends with. It was my concession to the often cruel machinations of this life. You don’t always get what you want. But maybe you can get some things that make the journey a little easier.

But I know that after what I went through with the ruptured disc in my neck and then barely healing from that and going right into moving all by myself cross-country…I just can’t do it. It’s not even so much that i don’t “want” to do it–Love can be a powerful motivator if you’re ever lucky enough to find it. It’s that I know it’s not wise, in relation to my health. Moving is so stressful for me. Mostly because it’s been done so many times without any help. Another stance of mine that has been colored by too much isolation and not having a partner to help most of the time. 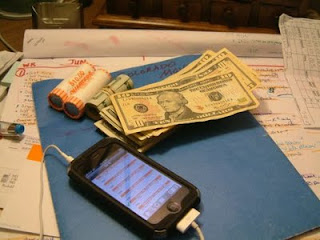 And moving is also stressful in other ways… there’s all this major financial crap–getting my Direct Deposit check switched to a new bank, changing all my EFTs to come out of the new bank, without missing a payment and without incurring fees (that never happens); doing all the unpacking, moving, lifting, rearranging, that inevitably comes from any type of relocation–and this time, I dealt with getting rid of three-quarters of everything I owned before I left–which meant moving things up and down the stairs and carrying them outside to the patio, and having sales, and it was just incredibly physical stuff. 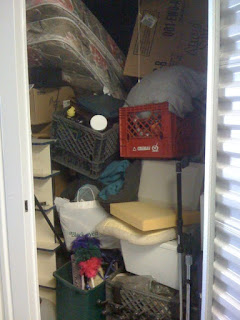 Then there was, this time, dealing with storageI already had in this state, and driving back and forth to that (an hour and a half each way), pulling stuff out, going through it, loading it, unloading it, moving it around, etc….and then the expenses of getting things to replace the things I got rid of; and the unexpected expenses, and the final bills combined with the new bills and the deposits, etc…Holy Harpies! It’s just a major ordeal.

So that’s why my knee-jerk response was NO. I WON”T MOVE. Why do I have to be the one who always does that? If I meet someone special they better be able to afford to move me, and hire someone to do it, or else, they better just be near where I am. For one thing, as I told Justi, I won’t even communicate with anyone who isn’t nearby, anymore. I don’t even want to get into that situation at all.

Then she countered my declaration with a challenging question–as she is inclined to do–she said, “What if you meet some woman who is just visiting, and you fall for her? Then would you move to be with her?”

So she poked those embers a little more. “What if she was local, and you met and fell in love and were together here, sharing a home, and then she had to relocate for a job transfer? Wouldn’t you go with her then?”

Well, the only answer to that, was what i gave her:

This type of dilemma is made doubly hard when you’re my age. Both because I’m set in some of my ways, and because I can’t be doing things that exacerbate any health issues. I want to remain healthy as long as possible. (I have this profound wish to live forever, but only if I can be at about the age of 35 the whole time….I’ve written about that here and here.) But I also don’t want to grow old alone. I don’t want to be without a partner. I thrive in partnership for many reasons. I am not cut out to be single. Some of that has to do with the nature of my work–it’s isolated, so it’s important to have someone to share my life with. Otherwise it’s too easy to just retreat inside myself. —So will the fear of not finding love be stronger than the fear of all that stress and injury, and perhaps being taken away from the friends and environment I’ve worked so hard to have? I can’t answer. And that’s one of my biggest irritations. I want to be able to have an answer. To almost everything.

What I’m left with, then, is to avoid meeting anyone who isn’t local. If that means that I meet someone and have to ask if they are from here, and if they’re not, don’t pursue romance, that’s what I’ll do.

As for the other thing–being in a relationship, and then something happening so that we have to move–all I can do is hope I never have to deal with that scenario, should I find that woman. 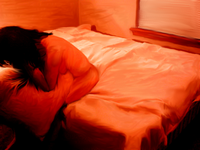 Last night, while lying in bed, I found I couldn’t focus on the book I was reading. And I stared at the ceiling–while this odd, frisson of sadness tingled inside me, thinking about how much I wished the other side of the bed wasn’t empty. And I felt a little panic.

I hate to be made the finger on someone else's trigger.

That's about as likely as you being struck by lightening while being sodomized by Martians. ~ Justice Harlow

noblesse oblige no-bless-oh-BLEEJ The moral obligation of those of high birth, powerful social position, etc. To act with honor, kindliness, generosity, etc. Benevolent, honorable behavior considered to be the responsibility of persons of high birth or rank. The belief that the wealthy and privileged are obliged to help those less fortunate. From French, meaning nobility obligates

A man's faith is just a subset of his beliefs about the world: beliefs about matters of ultimate concern that we, as a culture, have told him he need not justify in the present. It is time we recognized just how maladaptive this Balkanization of our discourse has become. All pretensions to theological knowledge should now be seen from the perspective of a man who was just beginning his day on the one hundredth floor of the World Trade Center on the morning of September 11, 2001, only to find his meandering thoughts--of family and friends, of errands run and unrun, of coffee in need of sweetener--inexplicably usurped by a choice of terrible starkness and simplicity: between being burned alive by jet fuel or leaping one thousand feet to the concrete below. In fact, we should take the perspective of thousands of such men, women, and children who were robbed of life, far sooner than they imagined possible, in absolute terror and confusion. The men who committed the atrocities of September 11 were certainly not "cowards," as they were repeatedly described in the Western media, nor were they lunatics in any ordinary sense. They were men of faith--perfect faith, as it turns out--and this, it must finally be acknowledged, is a terrible thing to be. ~SAM HARRIS, The End of Faith

"This goofy crew of lesbian rockers are a lovable mishmash of unique personalities that miraculously gel together. Their screwball adventures will cause uproarious laughter, tempered from time to time by solemn moments when the going gets tough."
http://viewbook.at/TheGirlsintheBand

I live in Pennsylvania. A number of state legislators here have said that they’re prepared to ignore aBiden popular vote here and throw the state’s electoral votes to Trump.

make no mistake--when someone consistently lies to you and cares only for her own gain, you should never believe her again. @SenMcSallyAZ is a LIAR AND A TRAITOR TO HER COUNTRY.

Unfriended & blocked someone for being #COVIDIOT & endangering her kids. HAD it with stupid. They're no better than drunk drivers who kill others. No better than murderers. When I say I have standards, ethics & Integrity, I MEAN it. I walk the walk. They can all fuck off.

My #NewAmerica will have #ACOR, American Citizen Optional Reserve. Anyone can join it, and work for the betterment of society in a variety of ways, depending on skill set. They get credits to purchase various things like training, college, home purchase, vehicle purchase, etc.