↓
Home→WRITING CRAFT→"Which one is your favorite?"
0
(0)
Whenever I come across someone new who finds out I’m an author, and they decide they want to read one of my novels, I ask them which one.  They inevitably respond with, “Well, which one is your 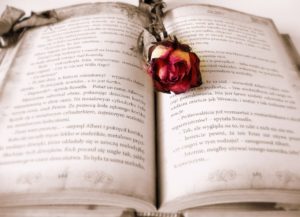 favorite?”
This is a question that has no answer. My books are sort of like children–except for the fact that they don’t get arrested or embarrass me in Walmart. I created them, I went through a process of “raising” them; struggle, joy, challenge, frustration, laughter….So if you ask me which is my favorite, I can’t choose. I love them all equally for different reasons.

This situation also might have something to do with the fact that I don’t write formula fiction, or one genre of fiction (Unless you count that there is always some mystery or unanswered question afoot in the story–but most stories have that or they wouldn’t hold our interest). Genre specific writers like Koontz and King might not have this issue, because they generally stay within the parameters of one type of story (i.e., Horror, thriller, suspense). But I write in about 14 genres. (Not that I have 14 different novels in 14 different genres, but this is to say that I write in many forms when I write). So I would have no idea what a person might like unless I know them well. And even then, it’s a crap shoot. A potential reader, asking me this question would have to tell me what other authors they read, or what other genres or themes they enjoy most. Then, I can suggest one of mine.

You want a feisty female attorney who must return to face the past by wrapping up the affairs of her dead father? Run the Risk

A dramedy romance in a small town filled with plenty of quirky characters? The Rain Falls Series

Two writers who take a chance on love, only to find themselves struggling against unexpected enemies? Try Throwing Caution and Building Character. The first two in The Northwoods Trilogy

Craving a pensive story of an overwhelmed writer who escapes to Ireland? Saturation Point

A frightening adventure in the wilderness of Colorado? Curse of Cache La Poudre

Is science fiction and fantasy is your favorite genre? Try the Elsewhere boxset, which includes three novellas- Quintessence, Somewhere Else and Powerful Things.

Want a mainstream, contemporary mystery with medical, psychological, and legal content, and perhaps a killer on the loose? I would suggest Achilles Forjan.

How about a mainstream contemporary novel about families and relationships and secrets and struggle? What I call A suburban Drama? One you could recommend to just about anyone, including your grandmother? Baggage.

or, maybe you’re in the mood for a non-stop adventure saga mixed with romance, mystery, humor, and strong female leads? The AKA Investigations Series

How about a quirky, humorous Southern Gothic hybrid kind of story? Plethora.

A romance with a suspenseful edge? As You Were.

Then there’s a book I had to publish with a content warning to the reader. Revenge is a dish best served—in Another Justice.

What about an epic story of modern witches? Try the first two of the New Harbor Witches series, Keepers and Ravens.

Yes, I have more stories about lesbians than I do about anything else, because, as they say, you write about what you know (though I often break that rule, because I want to learn something and so I learn it in order to write about it). But I also know that people are people, and even straight people will find themselves or someone they know in those stories. If they don’t, maybe they should get out more.  So before long, there should be something for everyone.

Just don’t ask me which one is my favorite.

“New Rule: Gay marriage won't lead to dog marriage. It is not a slippery slope to rampant inter-species coupling. When women got the right to vote, it didn't lead to hamsters voting. No court has extended the equal protection clause to salmon. And for the record, all marriages are “same sex” marriages. You get married, and every night, it's the same sex.” ~ Bill Maher, New Rules "For sexual reasons, single people envy married people. For sexual reasons, married people envy single people." ~David Mills, author of Atheist Universe