Today I had a revelation. I had forgotten to address a very big problem that had recently applied elsewhere. One I had addressed already in the obvious places, but overlooked for a while.

I switched almost all of my Pinterest boards to secret.

At first, I was horrified to think I was going to have to delete them all and start over, or cancel my account to prevent a looming disaster. Only recently did Pinterest offer a solution to the legal quagmire they so blithely pied-piper’d us into. 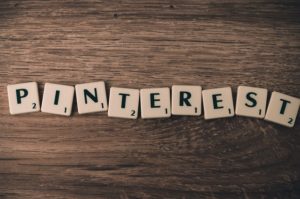 By now, you’ve probably guessed I’m referring to copyright infringement. Thankfully, Pinterest had the good sense, recently, to offer the option of making a currently public board secret, and put no limit on it. (Just hover over the board, select EDIT, and then switch the toggle to SECRET, and then SAVE).

This is possibly one of the few things Pinterest did right (along with having a great idea at the start).

As an Indie Author and rather prolific creative person, I found Pinterest to be a fantastic outlet for all my endeavors. That it was all meant to be shared with everyone else, was secondary to my initial interest, which was to have a sort of online scrapbook of things and ideas. So making the grand majority of my boards secret 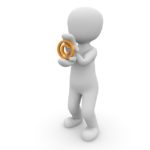 has allowed me to avoid what is a very real and possibly devastating event: being accused of that aforementioned copyright infringement.

Copyright law is perhaps the most vague of topics in the legal world. No one seems to agree on anything except that it could go either way, in regard to whether or not an infringement has taken place. And no matter what you have heard about how unlikely it is that you will ever be accused of this infraction, I’m here to tell you, from personal experience, that it can happen.

It all started with an image I used on my blog. A typewriter. I had found the photo and it had no 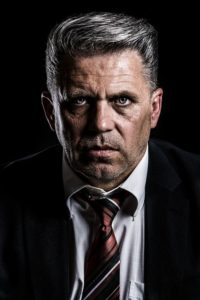 This is how I imagine the shark-attorney looks

copyright.Â Friends, that oversight cost me several thousand dollars. It would have cost me more in legal fees--many thousands of dollars–but I agreed to a payment arrangement. That barrister had me by the short hairs, because of the ambiguity of copyright law, and he knew it.attached to it. I felt certain it was just one of those free imagesÂ floating around. Several years after the fact, I received a letter from an attorney representing a photographer who said I had used her image without permission. There was no “please take it down” request, as is the common practice. If there had been, I would have gladly removed it (And i did, immediately, and said so in my first correspondence back to him). No, this shark attorney, probablyÂ made his living off of scouring the Internet for images owned by his client and then taking legal action against the unfortunate souls who had used them without paying.

SIDEBAR: After I paid it off, he had the stones to offer his services to me in the future, should I require his help. Unbelievable.Â

Don’t get me wrong…Copyright is important. Not only am I an Indie author and publisher, I’m also a songwriter and artist, so I get the concept that intellectual and creative property ought to be protected and we ought to be compensated for our work. But there are dishonest people out there, and some of them will do anything to make a buck.

Thus, sufficiently paranoid and terrified, this experience led to a complete overhaul of how I did things. I deleted every picture in my media folder on WordPress (which of course, meant they all disappeared from my posts, but there was little I could do about that). Then, I made the obvious decision to change every book 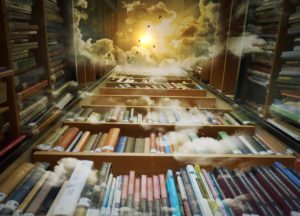 cover and every promo sign for them in my catalog (and I have 51 books!) This meant updating all of them by reuploading the new covers to KDP and Createspace (where I publish the print versions), and tracking down the old covers here and there and deleting them. It took a long time and it was time-consuming, meticulous work. I also removed the images on my website where they appear on the books’ pages; and also removed them from social media accounts. Â I can now say that everything is updated, and all possibilities of infringement avoided. It was a tough mountain to climb, but I got it done.

I now pay a monthly subscription for Adobe Stock, and indeed for

the entire Adobe suite of programs so I can do everything properly. Aside from Adobe, I use only Pexels and Pixabay for free use stock images; they have the terms right there on each picture, just to be clear. Still, when I use one of those, I take a screenshot of the page I got it from so I can prove, if necessary, I acted on the clear legal statements found on those sites.

Additionally, I decided I would also be taking many of my own pictures from then on, to help alleviate the dearth of an image-pool I now had. I bought two Canon cameras for myself and my wife, and we began what has been a delightful new hobby, that is integral to my business. 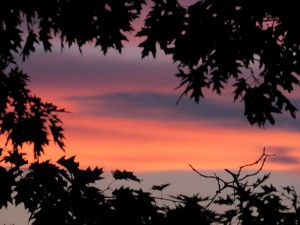 1 in a cast of thousands c)KJB

After a few months, I realized I had thousands of photos just gathering digital dust on my hard drive and thought how wasteful that was. I do believe that creative endeavors should be shared. That’s perhaps the most compelling reason I became an Indie Author, rather than let my work languish in a dark desk drawer, gathering REAL dust, waiting for that one in a million chance that a traditional publisher would choose my book to publish. (There are many, many other reasons, but this one pertains to the subject at hand). Also, since the majority of my writing is in the lesbian market, there was little chance of a lucrative contract anyway.Â  I write for niche markets, and traditional publishing houses rarely if ever publish lesbian fiction. (Don’t get me started on how pathetic a contract is with them, no matter what you writeâ€¦why get 10-15% on your books, when you can get 70?) It’s a great big myth that when you decide to become a writer, you’ll simply get a publisher and an agent, and then a huge advance, and become rich. Pfffft. We only hear about the hugely successful authors, not the hundreds of thousands of ones who don’t “make it”).

Digression aside, I also thought of all the other Indie Authors out there who often have trouble finding images for their book covers and promotional materials, and I thought, why not offer my original photos for sale?

And since I wasn’t a professional photographer, and since the cost of stock photography is notoriously and prohibitively expensive, I decided to offer them for one-time use, at only two bucks a pop. Thus, my new website, 2 Dollar Shots was born. I am still hard at work on it, and I hope to have it live within the next month or two. It will be constantly updated, as my wife and I embark upon our new lifestyle, touringÂ around the country in a travel trailer before setting up our homestead. So our photos will get used and appreciated, and those who can’t afford the cost of high quality photos get their problem solved, and I make a new (if small) income stream. It’s a win-win.

Until Pinterest and the legal profession gets their act together on what is and isn’t okay about sharing and using photos, I believe the Powers That Be ought to at least make it a legal requirement for all artists/photographers/creators to place a watermark on their copyrighted images. And since often, other people will remove the part of the photo with that on it and spread the image around, the offending party who unknowingly used it ought to have a chance to take it down with no legal action, before unscrupulous lawyers are allowed to pursue it, only as a means to line their own pockets.

Bottom line, people, if you don’t want to run the risk of losing everything, you should make all your Pinterest boards secret too, unless you own the images you post.

"The truth hurts, and some individuals will always be able to choose any mitigation over the often harsh verities of existence."

Nostalgia and Hope lie equally in the way of authentic experience.
~ Tom Robbins