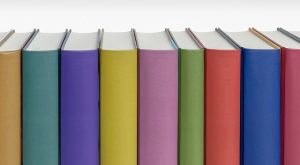 Series writing has been a thorn in my side.

I know the consensus is that books do better as a part of a series, but when you’re an Indie Author and Publisher with no employees, choices must be made.

I don’t feel I can keep up anymore with my series, nor do I want to. I also don’t like feeling obligated to write something. I’d rather write what inspires me at any given moment.

With this in mind, my intentions are to do one more book in each of my series:

I might continue Samegender Chronicles for a trilogy or beyond, simply because it’s in the speculative genre, and I’ve burned myself out on the other genres I’ve written in for so many years.

I had intended Run the Risk to be a series (Shamrock Cove), but maybe that should be left as is, unless I get some overwhelming desire to write another with those characters.

My future novels, I intend to be standalones. If I need to accommodate a series-preference readership, they can read the ones I’ve already done, I suppose, and the readers who have already read them, I hope, will continue to read everything else I write, regardless.

The Apocalyptic Women series is the exception. Since it will not be limited to the same characters, as it is a thematic series, not a character series, that one I intend to continue. I already have a collection of partially done stories for those–some of them with my wife Melissa Walker-Baeli as my co-author, such as Blithe Apocalypse and So Moat It Be. (We also have ideas for several other books in other genres).

Right now, she is working on her own books–in particular, she has been cranking out thousands of words per day on a paranormal novel.

I’ve been working on two books off and on, as the mood strikes me.

The first, titled The Rona, The Reichers, & The Rez. It came about because my efforts to write the normal fare were failing miserably. What with everything going on in the world these days, I could not write romance or humor. I didn’t have it in me, with things being so dark.

So I thought maybe if I wrote in the genre I felt was actually happening–namely, apocalyptic–then, I might feel like I had some vicarious control –which most of us haven’t felt for the last four years.

I also told myself that I was just writing a story. Just a story. Didn’t have to be a novel. It seemed to work. I wrote almost 72,000 words before I lost my interest in writing again.

Recently, when all my hand-writing angst and anxiety was reaching a dangerous critical mass, I decided I had to stop watching the news, stop spending all day on Twitter and Facebook, and just take a break. I had my wife just tell me if there was anything I needed to know. Also, I decided to stop relying on Xanax, which wasn’t working anymore, unless I took enough to keep me from functioning. I stopped the Xanax, and went back on Zoloft. After about ten days, I started feeling more like my old self again. So…brain chemicals really are a thing.

Then, weirdly, I started writing a different story, Ban Mercy. It’s based on my idea

to start using banishment to an island, in place of our incarceration system. It’s an idea I think has merit, and it would be another strong female character dealing with some formidable odds. Just the sort of thing I like to write about.

Don’t know when I’ll finish either of them, but I figure writing partial novels is better than writing none at all.

My gut tells me that all this will work itself out when two things happen:

1. we get rid of Agolf Twitler and his minions, and get this pandemic under control, and begin repairing the damage to our country, and its people, and

2. when my wife and I finally get our forever home where we want to be, and start having control over our domestic lives again. We hate where we live, hate our landlords, hate paying $1000 a month for a $600 house we hate (it’s falling apart, nothing ever gets fixed), and I’m profoundly allergic to every tree and grass that’s all around us. I’ve spent my entire life trying to get a home of my own. I’m running out of time. We’re very close to making it happen.

Until then, I think I’m treading water, and though I’ve tried, there seems no other solution aside from those two aforementioned things.

“A foolish consistency is the hobgoblin of little minds, adored by little statesmen and philosophers and divines.” ~Emerson