↓
Home→Uncategorized→Accountability: It Should be a Thing:
Journalists & Media
4.7
(3) 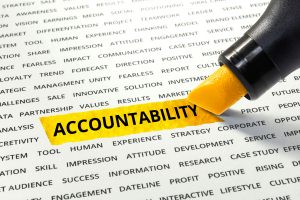 Accountability must be returned to our institutions, leaders, and citizenry. Without accountability, we end up where we are right now. Mass death, injustice, economic devastation, pervasive corruption, sedition, insurrection, treason, and, if it continues, the fall of our Republic.

Accountability, then, should be a thing.

For this post, I am focused on journalists and media. 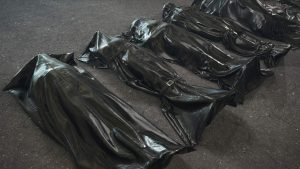 In a country steeped in materialism, convenience-seeking, and a false sense of security, the jig is up. The media should be on the front lines of the information machine, and making it clear what is happening.

WE ARE AT WAR.

Journalists and news anchors must start acting like it and doing their damn jobs. 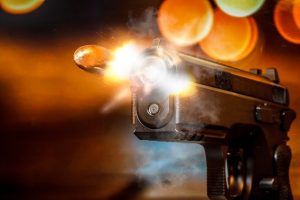 Today, MSNBC Anchor Yasmin Vossoughian showed PART of that video at the Capitol Insurrection, where a cop had to shoot a terrorist, but she cut away before we saw it. This, after warning that it might be disturbing.

What was disturbing is the tendency to coddle viewers. It’s the news. It’s reality. It matters, and we have a right to see the harsh truth, so no one can live in a bubble of denial. Chris Hayes, laudably, showed the whole video last night, including the moment when the police officer shot one of the invaders. Hayes said,

“the images broadcast were largely not the most horrifying ones of the day. Much of what we saw — silly costumes, people taking selfies, grabbing the speaker’s lectern — looked like of kind  group that might even attend a Trump boat parade. But there was something way, way darker, more violent, more sinister, and more organized happening in that Capitol on Wednesday. And it’s time we see it clearly.”

PEOPLE MUST SEE WHAT REALITY IS. Otherwise, we compromise truth, and truth is the only barometer of right and wrong. It’s the very foundation of ethics. 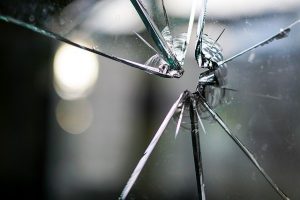 Now, one of those truths is that there was an attempted coup on our Capitol. An insurrection. A terrorist attack. There should be far more reporters and anchors giving stark details. Journalists, DESCRIBE the lead pipes & fire extinguishers hitting the unhelmeted heads of CPD, who didn’t have the right tools to withstand this insurrection.

SHOW the hallways of our Capitol with urine & feces from the terrorists.

SHOW the damage to our historical documents & artifacts. 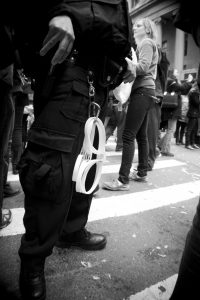 POINT OUT that a noose was prepared, and they were chanting “hang Mike Pence.” Stress more strongly the import of a masked man carrying zip-tie flex cuffs and mace, while in that violated and infiltrated congressional chamber. The intent was clear—they intended to take our members of Congress hostage, and harm them, probably MURDER THEM. As one black member who was there told it, he knew if they had not been removed to safety, he would have been hanged from the mezzanine for the crime of being a black man.

This is what I mean by the #NoMoreSnowflakes hashtag I use on social media. The time for coddling is over. The false sense of security is over. The dismissive nod toward pacifism or  “unity” is out of place, here. The Democrats’ (and some journalists’) tendency to be decent and fair is admirable, but it doesn’t work in the heat of battle. Our Republic is at war, and the enemy is within. Journalists are SUPPOSED to seek truth, and ask hard questions. They’re supposed to seek truth & call out lies. That are NOT merely taking DICTATION!

These enemies must be treated as such, just as we would if foreign bad actors INVADED US, attacked our Capitol with intent to take members of Congress hostage, and probably ABUSE AND MURDER THEM. What would we be doing against THAT? The answer must match what we ought to be doing, here.

Remember, the foiled plot to kidnap Michigan Governor Whitmer, put her on trial, and execute her? These are the same terrorists.

Those vermin who are willing to fight against the foundations of our country and commit sedition, insurrection, & treason, should be punished harshly and without hesitation. All the rest among them, who don’t agree with the tenets of our founding, can go buy an island and create their own country. This one is already established, our laws already codified, our citizenship requirements already clear.

Until then, we must all take off our blinders of privilege and comfort and admit that we are under siege, at war on several fronts, and it will take all of us to maintain our Republic. The Media is not just an integral part of this, but crucial. We’ve learned that their behavior matters. The Fourth Estate has some work to do.

I wish love really was like a romantic comedy.

“The most wasted of all days is one without laughter.” ~E.E. Cummings