↓
Home→Uncategorized→All Bets Are Off: After Words:
Thoughts on my current post-apocalyptic novel.
0
(0)

Thoughts on my current post-apocalyptic novel. 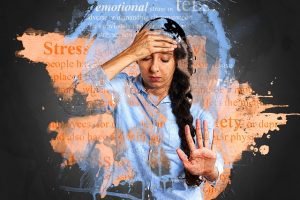 My paranoia began with the trump administration. Many Americans felt immediately in peril when that dangerous orange buffoon stole the election.

I had heard the buzzword infrastructure, and warnings about how it was failing, but until the last few years, I wasn’t even sure what infrastructure really was. I thought it just meant roads and bridges.

When I learned that it also included, most crucially, our utility/electrical grids, and then when there were reports that Russian hackers had infiltrated our grid and were just perched there, able to attack at any time, I started reading more about that situation.

This inevitably led me to the post-apocalyptic fiction genres concerning grid failure. Whether by cyber- 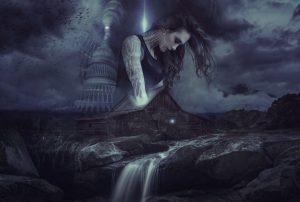 attack, terrorist attack, an EMP, or a CME, it became clear that an attack of this sort would plunge us back into the 1800’s. And as a novelist, I understand enough about human nature to know that our technologically-dependent society would fall to pieces in a hot second. We rely on electricity and instantly available information for so much of our lives, and when all that disappears in a blink of an eye, chaos would follow.

Suddenly, my feelings of paranoia didn’t seem quite so outlandish. As the saying goes, it isn’t paranoia if they really are out to get you.

So, I thought the post-apocalyptic genre just might be the ticket. I’d been looking for something new in my writing for some time. I have a tendency to write stories about strong women in trying circumstances, and I had no desire to change that. We are in a long-overdue era of woman-empowerment, and I’m a passionate member of that movement. But I did want a wider audience.

I’ve also wanted to break into the mainstream more. While I have several mainstream novels in my

catalog of 60 books, they never did very well, because (a) the market is glutted with competition from Indie authors and traditionally published authors and (b) I was concentrating on my niche market of lesbian fiction. Unfortunately, many lesbian readers don’t read outside that genre, and so I was on the horns of dilemma. I’ve always believed that people are people, no matter what their orientation. They share the same hopes and dreams and obstacles and tragedies. And the post-apocalyptic genre intrigued me. So I started reading in that category. To date, I’ve read about 50 books in the genre. Some, better than others. I knew I could throw my hat in that ring, and so I have.

I hope my readers enjoy the result.

spallspawl A chip, fragment, or flake from a piece of stone or ore.

There comes a time when silence becomes dishonesty.
~ Frantz Fanon

No they aren’t. Money isn’t real. Debt isn’t real. None of this is real. They want you to feel the same economic anxiety you feel the end of the month when you know you can’t cover rent on the first. https://twitter.com/cnn/status/1442870226027094017

US government will run out of money by October 18, Treasury secretary says https://cnn.it/2ZuTmtY

She saw Trump lean toward Putin that day and tell him: “Okay, I’m going to act a little tougher with you for a few minutes. But it’s for the cameras, and after they leave, we’ll talk. You understand.” https://www.washingtonpost.com/lifestyle/stephanie-grisham-book/2021/09/27/6589e23c-1cf1-11ec-8380-5fbadbc43ef8_story.html

So did Twitter get hacked today, or is it just that #MercuryRetrograde thing?

I am opinionated. As an author, I have to understand & utilize human nature, facts, science, history, psychology, logic, problem-solving; the list is long. So I weave my ideas about our sociopolitical landscape into my novels. I don't write fluff. #amwriting #indieauthor

JUST IN: After her daughter was denied a real estate certificate, South Dakota governor Kristi Noem forced a meeting with the agency head who denied her. The certificate was then granted & the agency head was forced to resign. They were paid $200,000 to not complain. (@ap)