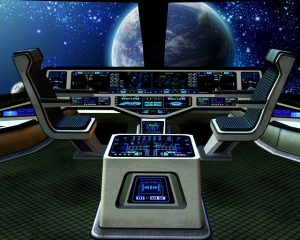 On one of those insipid questions sites, someone asked,  “If something happened to Earth, would you move to another planet?”

A few underlying fallacies here. First, if something happened to Earth, you wouldn’t have that choice, so the whole construct of that question falls apart at the beginning.

Second, this reasoning is like driving your car until it runs out of gas or breaks down, and then shopping for another one, instead of just maintaining the vehicle properly.

Third, were we not dependent on fossil fuels, we would not be in a battle against climate change, and by extension, fighting to protect this planet from its effects.

Fourth, if we were not electing ignorant, selfish, science-denying people to positions of power, we could be avoiding the entire problem at the start.

All things are connected. Some things are more closely connected than we realize. The well-being of Mother Earth, space exploration, climate change, politics, religion, government….

While some complain that too much money is spent on the defense budget, I feel this misses the point.

It’s not that we should stop spending money on defense, (though admittedly, we spend far too much) it’s that we ought to be more discerning about the types of defense we are funding. Any funding motivated by the procurement of oil, for instance, should be redirected into the development of eco-friendly energy production- -the usual solar, wind, water, and even microbial (making fuel in a lab using microorganisms). We already have the technology to do these things (and the more enlightened and motivated among us are implementing them with great success), but too much of our political policy-making is predicated on that omnipresent greed for oil. The less we have to depend on third-world nations for our energy consumption, the better off we’ll be, both politically and environmentally. We should never go to war because some other country has something we need. We should find ways to meet our own needs, and any funding for war or imposition of our culture should be redirected to that goal.

One resource that I feel gets overlooked far too often, is TED Talks. This is a resource that we are not taking full advantage of. As an FYI, in case you’re unfamiliar with it,

A TED talk is a video created from a presentation at the main TED (technology, entertainment, design) conference or one of its many satellite events around the world. TED talks are limited to a maximum length of 18 minutes but may be on any topic. Here’s the TEDx website’s explanation of selection criteria: “TED looks for engaging, charismatic speakers whose talks expose new ideas that are supported by concrete evidence and are relevant to a broad, international audience.” (Source: http://whatis.techtarget.com/definition/TED-talk) 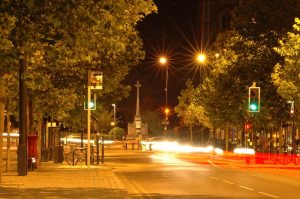 To wit: The woman who invented a power grid beneath pedestrian walkways in cities, so that the everyday movements of people provides electrical energy to power that city.

We are not without grand ideas. What we lack is a willingness to implement those ideas to solve problems like our continued damage to this globe we live on, which in turn leads to insipid questions about moving to other planets because this one is being murdered beneath us.

Is this space exploration fascinating? Yes. Is the knowledge the space program has gathered valuable? Of course. But what is more valuable is directing our funding and resources toward solutions to global climate change, addressing poverty, 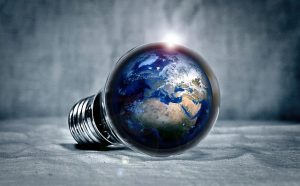 protecting our infrastructure against terrorism that would annihilate us simply by taking down our power grids with an EMP, and developing ways to protect ourselves from asteroids and space junk and climate change and deforestation, and the water shortage, and education, and the waning bee population…etcetera.

Forget about the invasion of aliens from other planets; we are in far more danger of invasion of stupidity in the way we maintain our terra firma home. We are in far more danger from foreign interests who wish to OWN us, and their outdated, dangerous religious ideologies that would destroy everything good the United States and its allies stand for. We’ve already seen what religious fundamentalism is doing to us now, with the advent of the Tea Party and other religiously-motivated sects, and how all of this, along with abject ignorance, got us a dictatorship in the making with the Trump administration.

Yes, all things are connected. And the solutions are out there. We must take our blinders off and start putting them in action before we reach the point of no return.

"I am a more technical writer in my method. My modus operandi is analogous to making a quilt. I start with one patch of fabric (a character, a scene, a bit of dialogue) and I attach other patches to it, repeatedly, until it becomes one whole cloth." ~from Streaming & Quilting: Differing Methodologies in Novelwriting http://jaebaeli.com/blog/2012/10/streaming-quilting-differing-methodologies-in-novelwriting/

“When I say work I only mean writing. Everything else is just odd jobs.”

George Washington’s brother, Lawrence, was the Uncle of Our Country.
~ George Carlin

what kind of shithole court rules against clean air

NEW RELEASE from bestselling, genre-hopping Indie author, Kelli Jae Baeli. In 2054, history teacher Mercy Rocah is sentenced to banishment. What she discovers will make her question everything she thought was true.

I love this with all my jaded, enraged, disgusted, liberal, feminist heart. #Rapex