↓
Home→SOCIOPOLITICAL→Politicians→Trump→“Defund the Police” is Misleading:
and an unfortunate choice of phrase
5
(1) 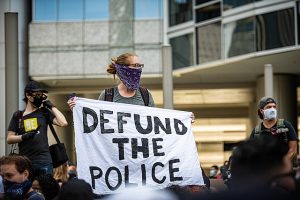 Let’s be clear. The perhaps well-meaning “Defund the Police” movement (most notably on Twitter) is NOT a Democratic movement, nor WISE.

It’s an extreme, and extremes are terrible choices.

The most extreme among the Defunders want to eliminate cops. If there are no cops at all, what happens when your daughter or grandmother calls for help when a man is following her on a dark street?

When someone is trying to break in?

What happens when there’s an active shooter at a grade school? 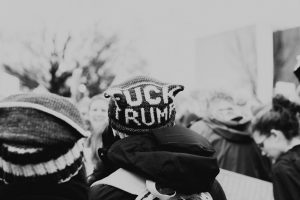 We need to maintain law and order, but that phrase has also been both usurped and corrupted by Agolf Twitler. Law and order isn’t a fascist police state, dictatorship,  authoritarian regime, or any variation thereof. Law and order means that those who break laws, should be stopped and punished fairly for their crimes. Law and order means that when the people need help, a police officer is to take seriously his or her oath to Preserve and Protect. Anything short of that is a flirtation with a failed state, which is exactly what we are teetering on the precipice of.

No, what we have to do is fix the police we have, and that means expunging the bad cops and keeping the good ones. 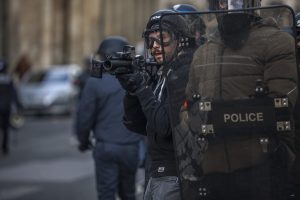 We need to abolish hate and systemic racism, and we need to rebuild law enforcement to reflect the values most of us hold. In our law enforcement, we need reform, reallocation, revision, reason, justice, accountability, retraining, psychological evaluations, and ethics.

The phrase is also a poor choice of words because The Defund the Police movement is being used by the right (and especially the traitor in the Oval Office) to undermine the work so many good people are doing. Don’t be part of the small groups who go at something with an all-or-nothing annihilation stance. If your house has structural damage from a hurricane, do you burn your house to the ground? No, you repair and rebuild your house. The same premise applies to policing.

I was heartened to see that the Minneapolis City Council decided to disband and rebuild their police. They are setting an example for the rest of the nation.

“We are here because here in Minneapolis and in cities across the United States it is clear that our existing system of policing and public safety is not keeping our communities safe. Our efforts at incremental reform have failed. Period.”

A veto-proof majority agreed that the Minneapolis PD was “not reformable” and said further that “we’re going to end the current policing system.”

This is what must happen, nationwide, and I believe for the first time in our checkered history, it actually will happen. Aside from the Black Lives Matter movement, that potential is primarily thanks to something as simple as a cell phone. A device that has the ability to record video. We can see the truth, now, and we can share it widely. Amplify it. And now, 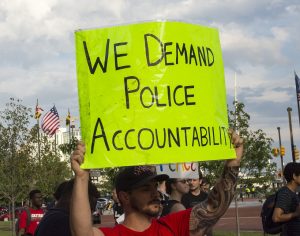 all those who blithely turned a blind eye in the past, can no longer look away.

Because what’s happening on our streets, in our neighborhoods, and in the hearts of a small but big enough number of people is at once an example of everything we should NOT aspire to be. And We the People, in order to form a more perfect union, must stand up, speak out, demand the changes that we need, if we have any hope of saving—not just the American Experiment—but the human experiment as well.

Some bed-mates don’t appreciate the glare of the incandescent or fluorescent bulb, nor the ritualized nightly reading, especially after a session of lovemaking; it somehow offends their sensibilities that instead of basking in the afterglow of their amorous ministrations, you are instead basking in the glow of a lamp, continuing your bibliophilic devotionals while they lie there with a pillow over their face, feeling somehow slighted...(Thoughts from a Literary Contrarian)

There is probably no hell for authors in the next world--they suffer so much from critics and publishers in this. ~ C. N. Bovee

"For a moment, nothing happened. Then, after a second or so, nothing continued to happen." ~Douglas Adams