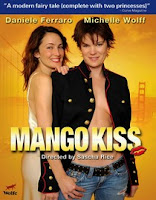 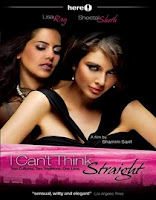 One of my biggest peeves is that the films about lesbians are not held to the same standards as other films, probably because their target audience is so hungry to see stories about something they can relate to on a sexual orientation level. However, this should never be a reason to call a film good when it simply isn’t.

And Then Came Lola is an example of that. No character development, a plot that is meaningless, situations that are contrived, and a story that was interspersed with some cartoon interludes that were unnecessary, incongruous and distracting. Some of the actresses were decent in their craft, which I think would be even better if they had good material to work with. And of course, most of them were easy on the eyes (three of them, my particular favorite types) but that’s about as much as i can say for this film. Overall, it was a grand disappointment.

Same goes for another crop I saw recently, most of which I couldn’t bear to watch all the way through. 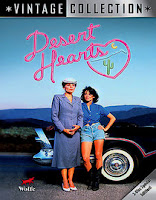 Mango Kiss was so stereotypical, as to be insulting–as if it had been made for straight people with certain rigid ideas about how gay women are, what their lifestyle is like, and that everyone who is gay is either deviant, addicted, dishonest or mentally ill. I Can’t Think Straight had me thinking straight enough that I would rather have watched all straight characters in just about any other movie, than another second of this one. Boring from the first moment.

I have seen a few that were good–I enjoyed Desert Hearts, Better Than Chocolate, and Puccini for Beginners. But there are some films touted in the gay community as favorites, which I fail to understand;  like Claire of the Moon and High Art. I thought both of those movies were horrid. It’s no wonder there are so many people in our society who shun the gay community. Even our creative self-representations can be overtly negative and even repulsive. Now, while I freely admit I haven’t seen every lesbian film ever made, this is largely because I lost interest in them for the very reasons I mention here. This is one of the reasons I became a novelist–the same had been true of lesbian fiction, and I finally decided if I wanted to read the type of story that represented me as a gay woman, and made me feel good about it, I’d have to write it myself.

"Concerning oysters, If I wanted to let something slimy slide down my throat, I'd swallow my gum."

It is time we recognized that belief is not a private matter; it has never been merely private. In fact, beliefs are scarcely more private than actions are, for every belief is a fount of action in potential. ~SAM HARRIS, The End of Faith