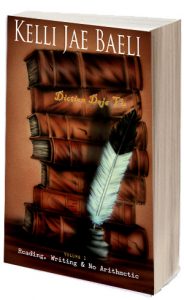 “Writing a book is a horrible, exhausting struggle, like a long bout of some painful illness. One would never undertake such a thing if one were not driven on by some demon whom one can neither resist nor understand.” ~George Orwell

noblesse oblige no-bless-oh-BLEEJ The moral obligation of those of high birth, powerful social position, etc. To act with honor, kindliness, generosity, etc. Benevolent, honorable behavior considered to be the responsibility of persons of high birth or rank. The belief that the wealthy and privileged are obliged to help those less fortunate. From French, meaning nobility obligates