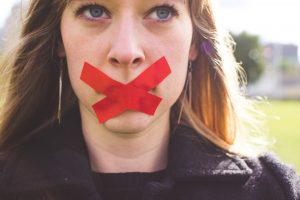 Don’t say anything. Don’t make a comment. It will make you look bad.

That’s the usual advice in the publishing industry when someone posts a caustic review of your book, under the assumption that this is about some type of insecurity on the part of a writer. This is not insecurity. It is frustration, and in this case, it’s also outrage.

In fact, historically, authors are expected to keep their mouth shut about these things, but I am a proponent of the adage Silence equals Death. This advice to stay mum strikes me as the same mentality that got that Orange Nightmare in the Oval Office. Don’t speak up. Don’t right the wrong. Don’t challenge anyone publicly on their misinformation, their hideous behavior. Don’t educate anyone about what the truth is. Don’t testify. Don’t press charges. Don’t rock the boat.

I’m a boat-rocker from way back. If it’s wrong, and I don’t like it, and I just have to say something. I 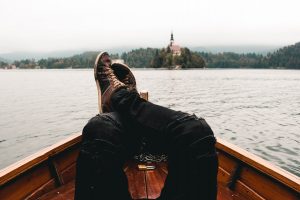 would say it for ANY writer’s book, if I saw it happening. I’m weary of the breach between readers and writers. There’s a pervasive fear among authors that they will do or say something to alienate readers. If this essay serves to do that, then perhaps those aren’t my readers to begin with. I think it’s time we started having a more honest dialogue. Are you game?

There will always be critical reviews that are helpful and honest, or ones that simply admit a particular book wasn’t for them. That’s fine. And that’s fair. But it’s another thing entirely when the critique is an ad hominem attack, the complaints are based on erroneous beliefs, or the book is misrepresented in a slanderous way.

Fortunately, this book–and the series it belongs to–is popular, and the reviews overall have been really positive. There’s nothing more satisfying than knowing my readers enjoy what I write. It’s half the reason I do it. While I will let go of a critical one here and there that is about preference, I feel I must say something in this case. (I posted a blog the other day about it, but here, I want to focus more on this 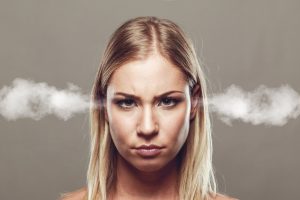 In this case, a reviewer on Goodreads trashed my novel Also Known as Armchair Detective. This review, as I stated previously, was completely out of line, mostly because the reviewer said my character “helped a pedophile”–aside from how insulting that is, there WAS NO PEDOPHILE IN THE BOOK. So this was a slanderous thing to put in a review. The rest of her other criticisms were either just her opinion or erroneous.

Was Armchair Detective as good as later books in my catalog? Of course not. It was the first book I published. But the problems she had with it were not about those weaknesses in the early work of an author. This was not that.

This review, however, took criticism to a whole new level. And not in a constructive way. Anyway, here’s that caustic review:

I was wary of the way Jobeth was described at first— a sort of macho lesbian who touts NRA rhetoric, likes ridiculously conspicuous (for a detective) cars and helps a pedophile who’s being blackmailed by a (quoting our dear hero) “bimbo madame”. This isn’t strictly a romance, considering our love interest has little characterization and is mostly there to be fallen in love with, and it isn’t strictly a mystery novel, considering how little mystery there is and how that part of the plot only seems to advance through the WORST UNBELIEVABLE DEUS EX MACHINA EVER (And I do mean EVER).

What separates this book from others though, is how impossibly, burst-in-laughter bad, are the sex scenes. Never has anyone managed to make lesbian sex look like some lovecraftian eldritch horror sex so well. Hold on to something because I’m going to QUOTE

Context : She’s being fingered on the backseat of her car and suddenly, great orgasm.
“The sensation seemed eternal, and I could only allow it to continue, witless and debilitated. I fell from the black hole into the ocean— became the ocean; while a legion of tentacles filled my bones, writhing, pulsing, as I made guttural noises that were alien coming from my own throat”

You know your orgasm is great when it ruptures the very fabric of reality and that Cthulhu comes to give you a cuni.

First, as I said, THERE WAS NO PEDOPHILE IN THE BOOK. Let’s get that out of the way at the start. I can only surmise that this is a form of Literary Hate-Crime, because the character she refers to is a gay man. Perhaps she thinks all gay men are pedophiles.

“likes ridiculously conspicuous (for a detective) cars..” >>since the character is a fledgling P.I., 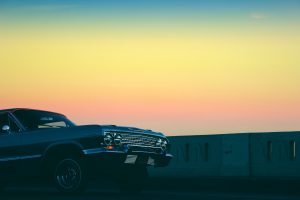 whose only income is a paper route, she wouldn’t be able to afford to by a black Escalade, now would she? (she does get one of those later, though. LOL). I imagined, then, she would drive the only car she has (a ’62 Falcon); besides, she always hid the car when she did surveillance, and in one scene, even recognized her car was conspicuous, and so fled on foot to avoid it being associated with her. I wanted Jobeth to be real. Not everyone is rich and experienced. That was the entire initial concept for her character. She was just starting out with her dream, and she was often clumsy, made mistakes and had to work with what she had. So, I found that an unfair characterization.

“Wasn’t strictly a romance”>>no, and it wasn’t categorized as a romance, either. 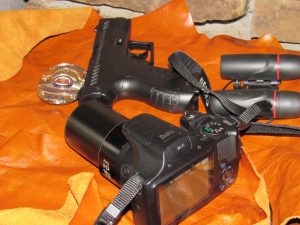 “Wasn’t a mystery”>> I must beg to differ. “Mystery is a genre of fiction in which a detective, either an amateur or a professional, solves a crime or a series of crimes.” [https://www.thebalance.com/mystery-novel-1277147]. That’s exactly what happened. There were plenty of other mystery elements. So perhaps what the reviewer meant was that it wasn’t the SORT of mystery she preferred. Also, it might be pertinent to note that I never write strictly in one genre. Hence, by the label, “Bestselling Genre-Hopping Indie Author.” I have never adhered to stifling formulas. This book is also in the genres of lesbian fiction, adventure, suspense, and women sleuths.

“love interest has little characterization and is mostly there to be fallen in love with”>> yep, that’s exactly why she was there, but there was quite a bit more to it than the reviewer suggests. And it is a series, so that character gets developed with all the other ones. She was not the focal point in the story, Jobeth was.

The comment about Jobeth being “macho” is the reviewer’s opinion, and she’s entitled to it. But I never saw Jobeth as macho. I just saw her as a strong lesbian who had some issues sexually, which were eventually illuminated in the storyline. There were distinct reasons for her behavior, and that aspect was part of the character development and evolution.

“Touts NRA rhetoric”>> Just for the record, I am not a fan of today’s NRA. Things have changed a great deal in that regard recently. I do believe everyone, especially women, has the right to protect themselves with a legal handgun, but that’s a whole other subject. I wish I had owned a gun one night when I was attacked and beaten and almost raped, and then left in a ditch. I would have used it.

The point to be had, here, is that Jobeth was an investigator, and they use firearms as part of their profession. I am assuming the reviewer is referring to the quote “Guns don’t kill people, people kill people.” I gave that character my own opinions on the matter, and I happen to believe that adage, and it has nothing to do with the NRA. The problem is not the gun itself, it is in how we use it. It is in the laws that regulate who can get hold of a gun. It’s in the flaws of humans who use them inappropriately. This book was also written long before there were any problems with that sort of thing.

In this review, she also accuses me of employing the reviled Deus ex Machina, (Day-oos eks MAH-kee-nah, Latin for God in the Machine, wherein some new event, character, ability, or object solves a seemingly unsolvable problem in a sudden, unexpected way. Yes, the unexpected way is called a plot

twist, and it lines up with the other foreshadowing I do in the story. And by the way, those instances of Deus ex Machina REALLY happened …TO ME). I’ve written about variations of this before, especially as it pertains to the psychological anomaly wherein something true is perceived as something false. I wrote about this psychological phenomenon in some reviewers on my blog; notably, the entry, Stranger Fiction, Reviews & Truthiness.

The reviewer also derides what she perceives as a too-quick and quite enjoyable orgasm in the backseat of a car. My first thought was that either she doesn’t have those, or she’s never given one. As most of you know, it can be done, with highly orgasmic women in particular. 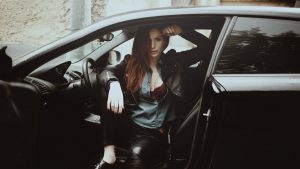 I find it intriguing that she chose to call those sex scenes “Lovecraftian” –a reference to H.P. Lovecraft, the HORROR author. Perhaps her own sex life is a horror to her, and reading about loving, wild, all-encompassing sex just makes her bitter? Furthermore, how does an author write a satisfying sex scene for every person on Earth? I think my sex scenes are just fine, and feedback from readers support this. I can’t do a thing about pleasing a reader who happens to dislike them. This was just the reviewer’s way of bashing, again.

Anyway, my main concern was about the misrepresentation she made about the pedophile. That part was infuriating.

I hope this sheds some light on the inner workings of what novelists do when they make decisions about the composition of their stories. There’s quite a lot more to it than meets the eye, and I just wish those caustic reviewers understood that. Perhaps if they tried writing their own novel, they’d get it.

I won’t hold my breath.

Five years ago, I co-founded the campaign to make Breitbart unprofitable. They lost 90% of their ad revenues in 3 months. Today, we're launching the campaign to take on Fox News — and we know exactly how to get the job done. cc @mediagazer
https://www.npr.org/2022/06/09/1103690822/group-aiming-to-defund-disinformation-tries-to-drain-fox-news-of-online-advertis

#1 in 3 categories on Amazon. "If you enjoy heartfelt wit, great character development, interesting plotline that isn't predictable, and prickly women succumbing to love -- this is the book for you. I strongly recommend it!"
http://viewbook.at/RainFalls1 #Lesfic #LesbianRomance

"Yet again this author has managed to break molds in the stuffy, crowded genre of #Lesfic to deliver a breath of fresh air" #FemFic #Romance #Bestsellers #WomensPsychologicalFiction
http://viewbook.at/GoLeaveStay

"what began as a humorous scifi lesbian romp evolved into a survival story of solidarity & community with a brilliant play on space & time based on actual scientific theory." #FemFic #scifi #humor #adventure #SpeculativeFiction #Apocalyptic #PsychologicalFiction