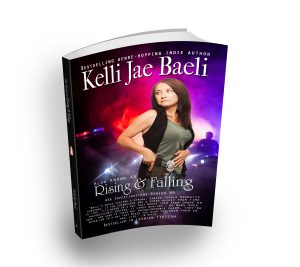 In a  unique departure from the conventions of most serial fiction, this novel depicts the events of the previous book, Also Known as Syzygy, from the point of view of  the women of The AKA Investigations team. -Lesbian Literati

“I found the characters fun and very likeable. The storyline held my interest. Their backstory made me download the previous books to find out how they met and got to where they are in this book. I like Baeli’s style and feel for keeping the story exciting while making the characters into real people I’d like to know. “

Jobeth O’Brien discovers that even when she’s out of commission, due to a back injury, there’s no way she can stay out of the loop. Not when so much is going on in her household full of women.

There’s a disturbing theme to things though, when time after time she and Phoebe, Izzy and Ginger are forced to help women out of violent situations, and go after the men intent on keeping those women exactly where they want them.

Both couples – Jobeth and Phoebe, Izzy and Ginger – are suffering from the side-effect of all this, questioning their roles in the world and their relationships.

Phoebe is she-from-whom-all-blessings-flow; but is this enough for her?

Jobeth is sharp but unschooled – she’s not liking how she compares to Phoebe’s old college friends.

Izzy is having a really tough time, the return of unwelcome family connections making her question her talent and her dreams.

Ginger takes on the case of her career, but at home, she’s having to hide something from Izzy.

Meanwhile, a rapist is on the prowl, and no one is feeling safe anymore.

“In a  unique departure from the conventions of most serial fiction, this novel depicts the events of the previous book, Also Known as Syzygy, from the point of view of  the women of The AKA Investigations team”

This book is the same storyline, during the same period of time, as the one in Also Known as Syzygy, except it’s from the point of view of the primary characters in the AKA Investigations team. It was the only way I felt I could tell this story, since Syzygy seemed to have a life of its own with the secondary characters. So I let them have the book before this one, and then told the story again from the point of view of Jobeth, Phoebe, Izzy and Ginger. It was an interesting experiment. But I never wanted this series to be predictable. 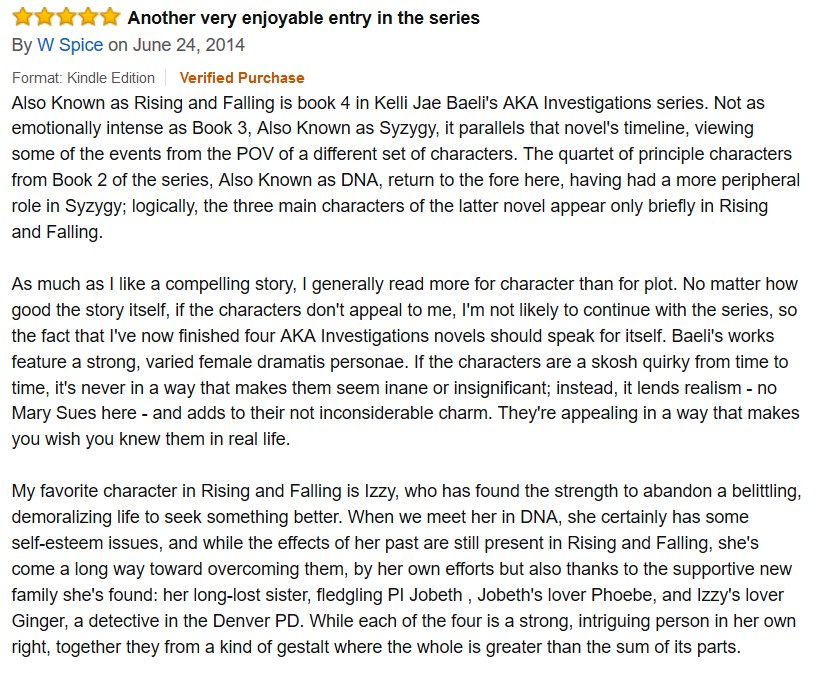 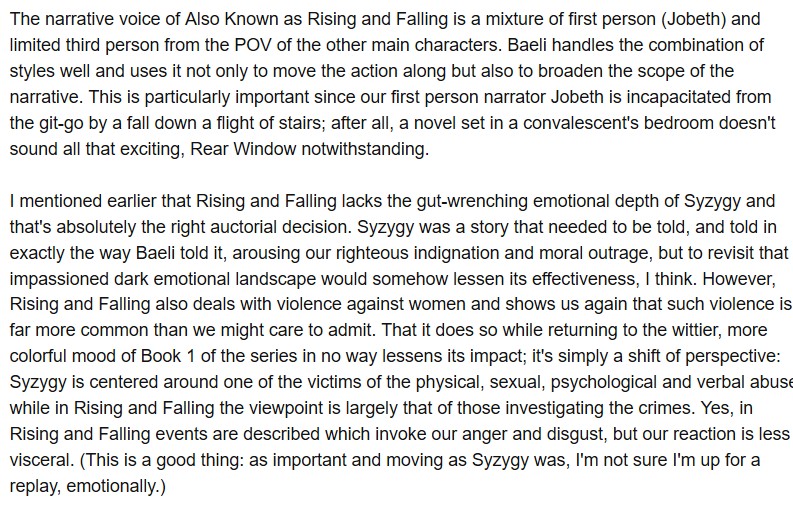 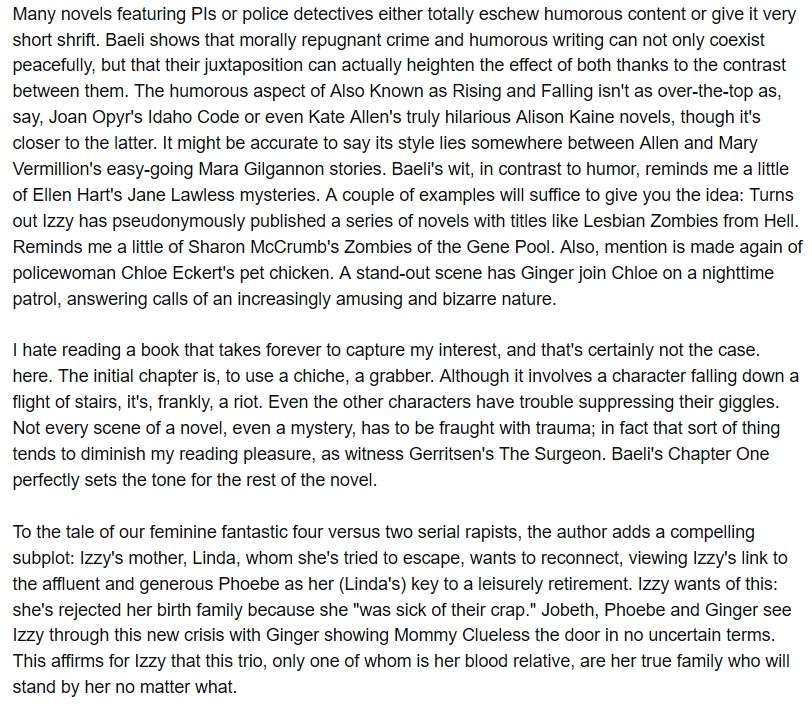 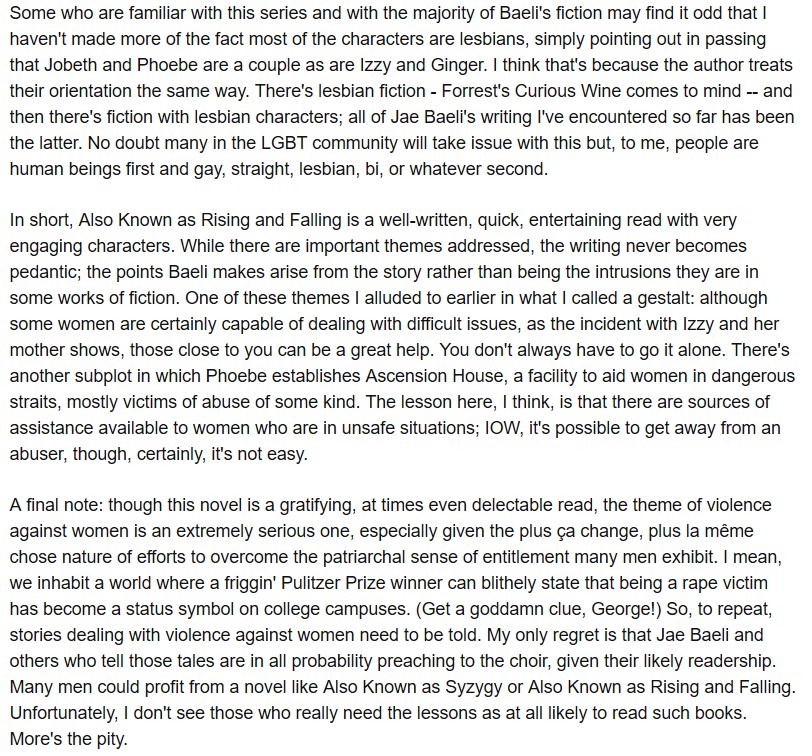 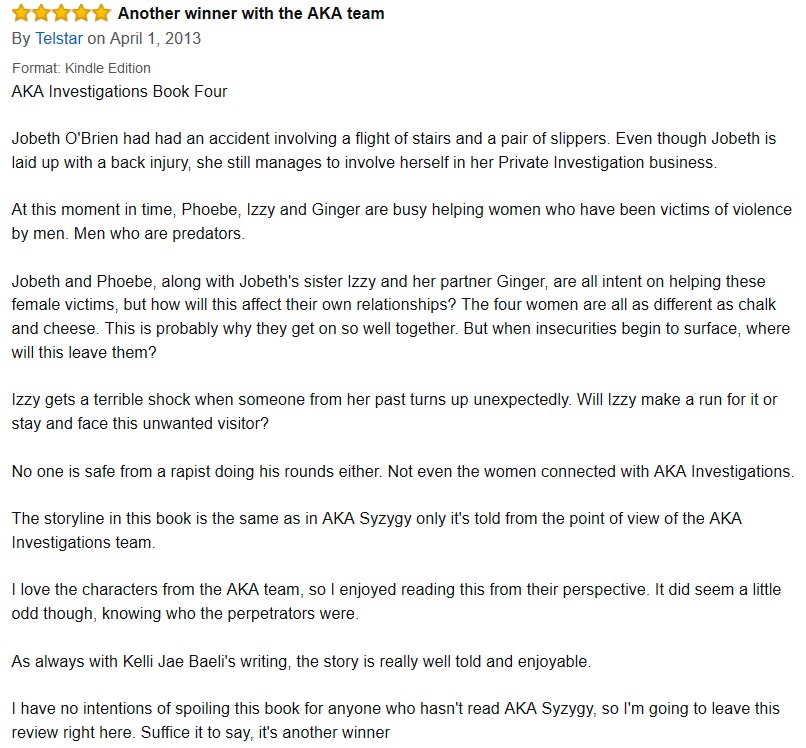 Once they got home, Izzy made a beeline for the Master Kitchen. Izzy referred to it that way because it was the big kitchen. The one Phoebe cooked in. Masterfully. And it was always well-stocked, just like Nora Walker’s kitchen on Brothers and Sisters. She loved that show. There was an episode recorded and waiting for her and Ginger to pile up in the bed with a bowl of popcorn.

Traversing the ceramic tile floor, Izzy had her eye on the pantry door. That one measly coffee bean in the canister this morning had been dangling in her mind like a flirting bumblebee. Phoebe would have some delicious gourmet, free-trade, organic beans in some exotic flavor, and Izzy would finally be able to have that cup of coffee she had so desperately been trying to get since she woke up this morning.

In the walk-in pantry, Izzy stood in front of the coffee shelf. Beside two extra grinders, there was a shelf of bags and cans, lined up so that they looked like a grocery store display. So many to choose from. Local brands, everything from Green Mountain Fair Trade, Moose Brew Cafe Vienna and Kaldi Brothers Air-Roasted, to national brands like Eight O’clock Hazelnut, Seattle’s Best, and Dunkin’ Donuts. There were also the ones Phoebe ordered from a coffee company. Those came in the mail in big brown boxes. She chose Gevalia’s Costa Rica Peaberry. Clutching the bag to her chest, she descended the basement stairs, her eye on the coffeemaker, her mouth already starting to water.

Stumbling on the first steps down to the apartment, she had to make herself slow down. How would it be if she took a dive like Jobeth and ended up bedridden? Awful. She suddenly had a new understanding of what her sister must be going through. She couldn’t stand to feel trapped or helpless either. Maybe that was a genetic feature they shared. Those thoughts were just enough to distract her until she made it to the bottom.

Now, in the basement kitchen, she opened the bag and poured the Peaberry beans into the grinder, slapping the lid on it and pressing the button. Nothing happened. She made sure the plug was secure in the socket and tried again. Nothing.

What was going on? She was becoming more and more certain that there was some force in the universe determined to keep her from having a damn cup of coffee. She unplugged the grinder and plugged it into another socket. Nothing. She carried it to the other side of the kitchen and used another plug. Silence. She pulled a hand mixer from the drawer and plugged it in the first outlet, and it whirred to life.

The grinder was broken.

Teetering on shock and anger, she reminded herself that there were extras upstairs. Phoebe, from whom all blessings flow.

Izzy ran up the steps, dashed into the pantry and snatched a grinder, running back down the stairs and plugging it in, her chest heaving with a mixture of exertion and anticipation. She transferred the beans to the other grinder and hit the button. Nothing.

What the fuck? Is it National Grinder Holiday?

She ran up the steps again, snatched the other grinder on the shelf and made her way to the basement again. Plugged it in, transferred the beans.

Leaning forward, she put her head on the counter. Obviously. Phoebe had put them in the pantry because they were broken. Why didn’t she just throw them away? She’d have to ask her that later; why she would keep teasing and torture devices in her pantry.

Don’t panic. Don’t give up, she coached herself. Phoebe and Jobeth grind beans every morning.So theirs worked. She grabbed the coffee mug she had anticipated pouring brewed coffee into and dumped the beans into it, carrying it upstairs.

Three feet from the Holy Working Grinder, she felt her phone vibrate in her pocket and then the motorcycle revving ringtone. She pulled it out. Ginger.

“What are you doing?”

“Trying to make coffee.” Izzy placed an anticipatory hand on the grinder.

“Well I need you to drop everything and come get me.”

Izzy gazed longingly at the grinder. All shiny and black. She could see a wayward, solitary bean cuddled up to the base of it. A faint film of ground coffee was visible through the transparent lid. She licked her lips. “Now, Ginger? Why? What’s wrong?”

“Yes, now. You have to drive the Cherryot over here. I need to use it the rest of the day. A suspect decided to empty her bladder in the back of my cruiser. Have to send it in for cleaning, and they don’t have an extra car today. Can you leave now?”

Izzy sighed laboriously. “Be right there.” She shoved her phone back in her pocket and headed for the back French doors where the cherry Amish mission hall tree was. It had a storage bench and mirrors on either side of the key cabinet. The cabinet was locked, so Izzy had to pull the key from a hidey-hole at the back, unlock it, and grab the extra set of keys to the Blazer. Izzy didn’t like carrying a load of keys on her ring, so she left the extra set of Ginger’s copies here. She traversed the stone walkway to the rear drive, inadvertently still clutching the mug with Costa
Rica Peaberry beans inside, as if it was the Holy Grail.

In the DPD parking lot, Izzy pulled up and hopped over to the passenger seat so Ginger could get in. Ginger looked down at the cup of coffee beans in the console, her questioning eyes sliding up to Izzy’s.

Izzy looked down at the cup and back out the window. “Don’t ask.”

"You absolutely can put a square peg in a round hole. But this requires the use of a hammer."

“There's always a moment when you start to fall out of love, whether it's with a person or an idea or a cause, even if it's one you only narrate to yourself years after the event: a tiny thing, a wrong word, a false note, which means that things can never be quite the same again.” ~ Douglas Adams, The Salmon of Doubt