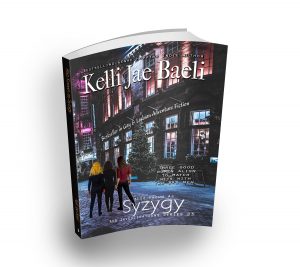 “Kelli Jae Baeli proves herself not just a fine storyteller, but one who’s highly skilled at her craft, both artist and artisan. Syzygy is an entertaining and rewarding novel and a reading experience I strongly urge you not to miss.”

“It would be easy for a writer to become so incensed by the prevalence in the real world of the kind of acts depicted fictionally here that her fury detracts from the story, even becomes an obsession. I’m impressed by Baeli’s even-handed treatment of these crimes in her narrative. Oh, the outrage is there, to be sure, but she never allows it to get in the way of a most compelling and enjoyable novel. There’s no moralizing or demagoguery; the events speak eloquently for themselves.”

On December 3, 2012, Saturn, Venus & Mercury aligned. On that same night, three women align to see that justice is done.

Ponzi Bonnet thought she had found the perfect husband. A psychologist could certainly understand her damage. But her suspicion of infidelity turns out to be something far worse. Far more sinister. And he had to be stopped.

Kenda Harper, an actress and Ponzi’s best friend, will do anything to help. Even if it means endangering her own life and denying the yearning in her heart.

Anna Dew, an artist and HSP, could not tell her friend Ponzi why she pulled away, but when she learns that her solution only enables bad men to do bad things, she is compelled to make it right.

Three women, finding strength amid their weaknesses, embarking on a journey into darkness, and the labyrinths of selfhood, match wits with the men who would inflict harm on other women, and they won’t give up until justice is done.

“To me, failing to learn to use the tools one’s craft shows laziness and disrespect for the reader. There are, however, no issues of that sort where Baeli’s writing is concerned. It’s rare to these days to find a writer whose style is technically so nearly perfect, but who’s also a damned good storyteller. I doubt if she is even capable of writing poorly.” 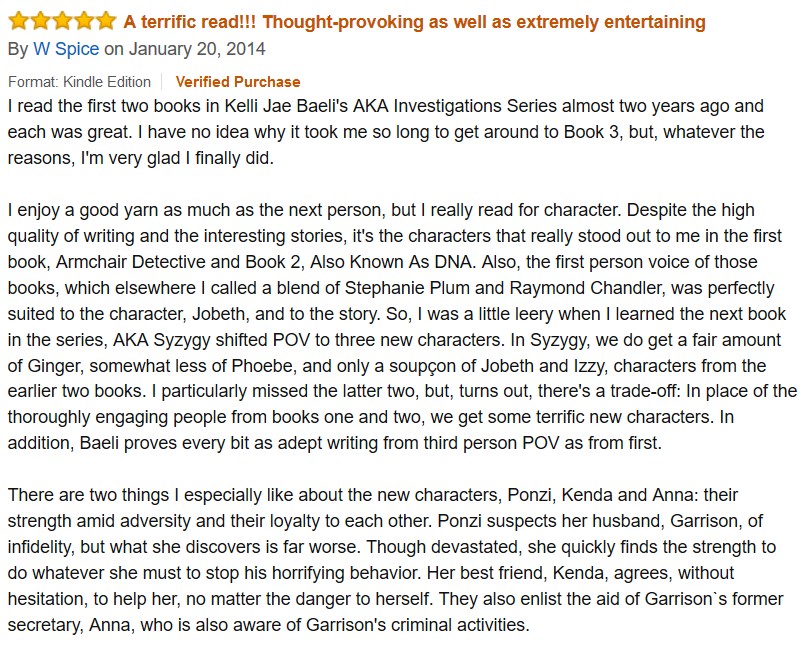 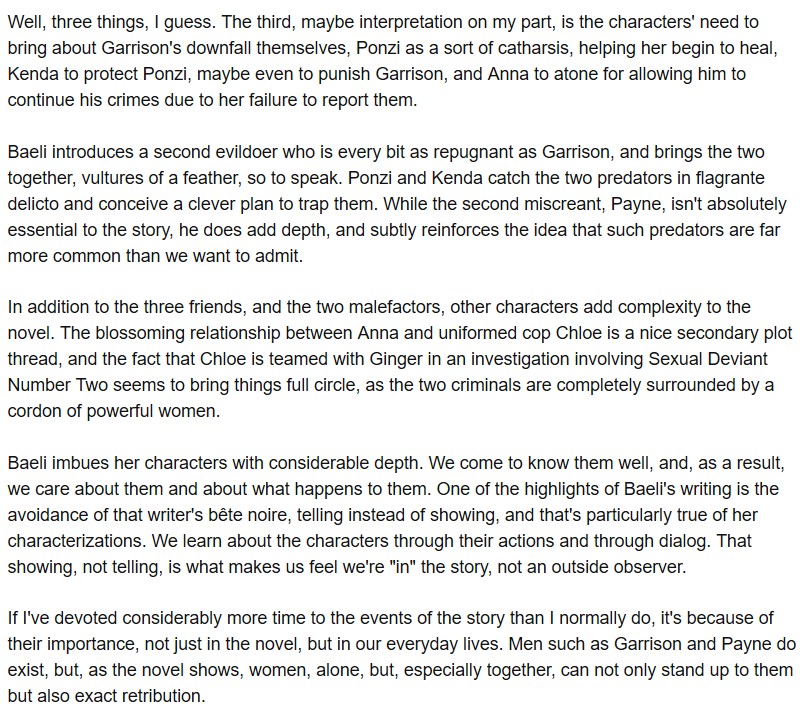 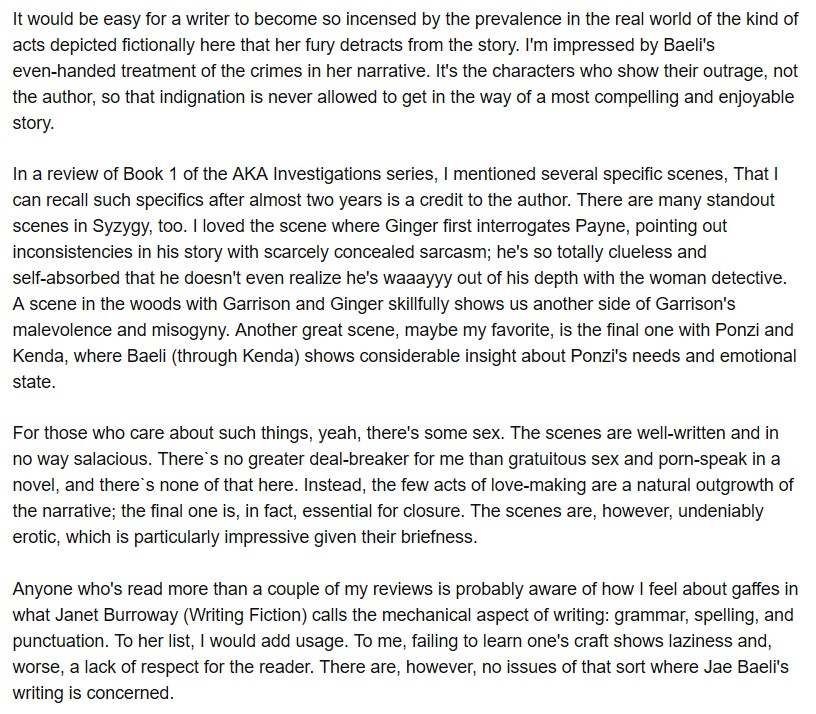 “Of course you do, Doctor. Men like you always have a bottle of something hidden away—” She opened the bottom right drawer.

“Ah—and there it is.” She pulled out the bottle of Grey Goose and removed the lid, took a pull from it and set it down hard on the desk.

“Now,” she leaned over the desk, snagged his fountain pen and scribbled a phone number on the notepad.

"That's about as effective as throwing bullets."

A writer never has a vacation. For a writer life consists of either writing or thinking about writing. ~ Eugene Ionesco

gastronome GAS-truh-nohm noun: A connoisseur of good food and drink.

George Washington’s brother, Lawrence, was the Uncle of Our Country.
~ George Carlin