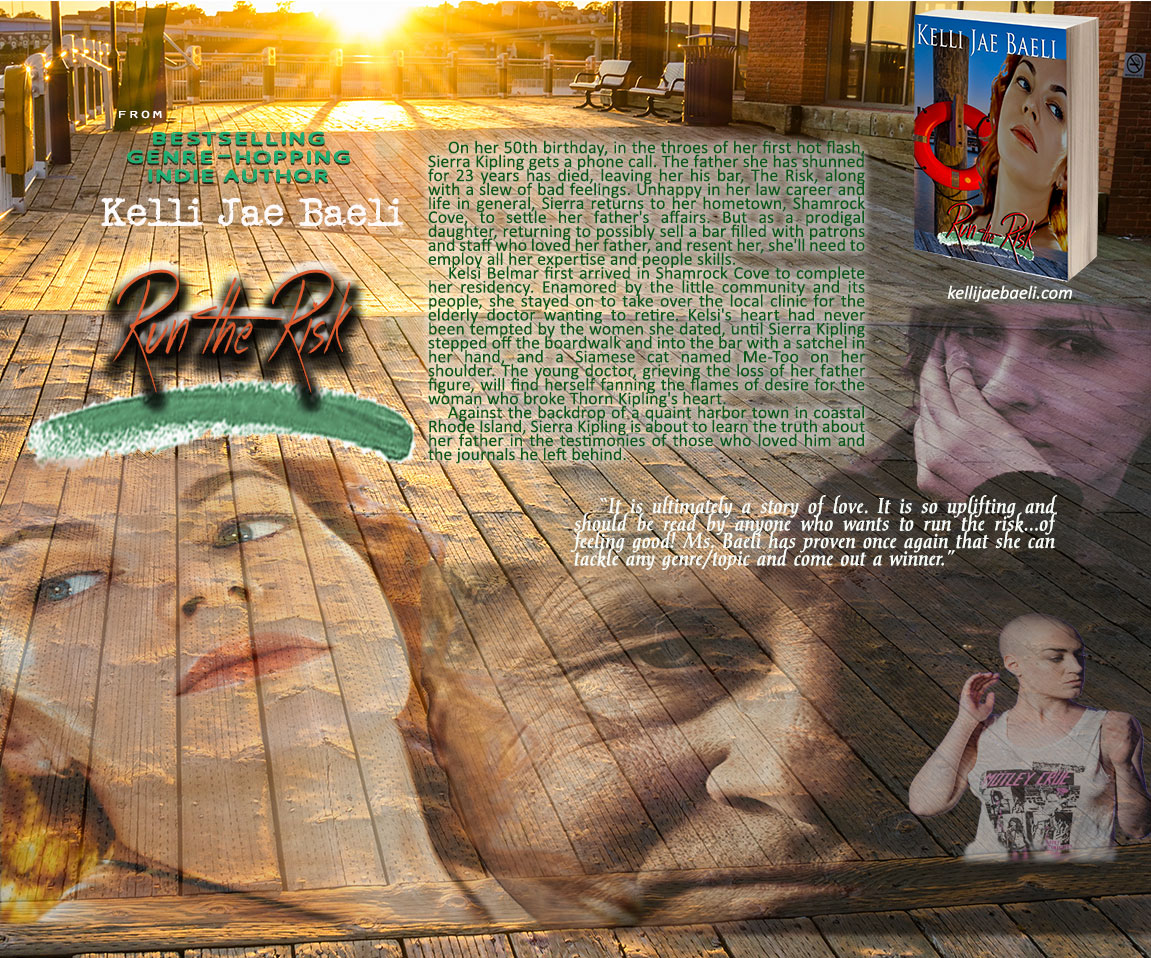 SYNOPSIS
On her 50th birthday, in the throes of her first hot flash, Sierra Kipling gets a phone call. The father she has shunned for 23 years has died, leaving her his bar, The Risk, along with a slew of bad feelings. Unhappy in her law career and life in general, Sierra returns to her hometown, Shamrock Cove, to settle her father’s affairs. But as a prodigal daughter, returning to possibly sell a bar filled with patrons and staff who loved her father, and resent her, she’ll need to employ all her expertise and people skills.

Kelsi Belmar first arrived in Shamrock Cove to complete her residency. Enamored by the little community and its people, she stayed on to take over the local clinic for the elderly doctor wanting to retire. Kelsi’s heart had never been tempted by the women she dated, until Sierra Kipling stepped off the boardwalk and into the bar with a satchel in her hand, and a Siamese cat named Me-Too on her shoulder. The young doctor, grieving the loss of her father figure, will find herself fanning the flames of desire for the woman who broke Thorn Kipling’s heart.

Against the backdrop of a quaint harbor town in coastal Rhode Island, Sierra Kipling is about to learn the truth about her father in the testimonies of those who loved him and the journals he left behind.

"I want to suck the marrow out of life. Hard to do when you can't seem to get your teeth around the bone."

“Who wants to become a writer? And why? Because it’s the answer to everything. … It’s the streaming reason for living. To note, to pin down, to build up, to create, to be astonished at nothing, to cherish the oddities, to let nothing go down the drain, to make something, to make a great flower out of life, even if it’s a cactus.” ~Enid Bagnold

The subjection of men to government will always continue as long as patriotism exists, for every ruling power rests on patriotism, on the readiness of men to submit to power.
~ Leo Tolstoy