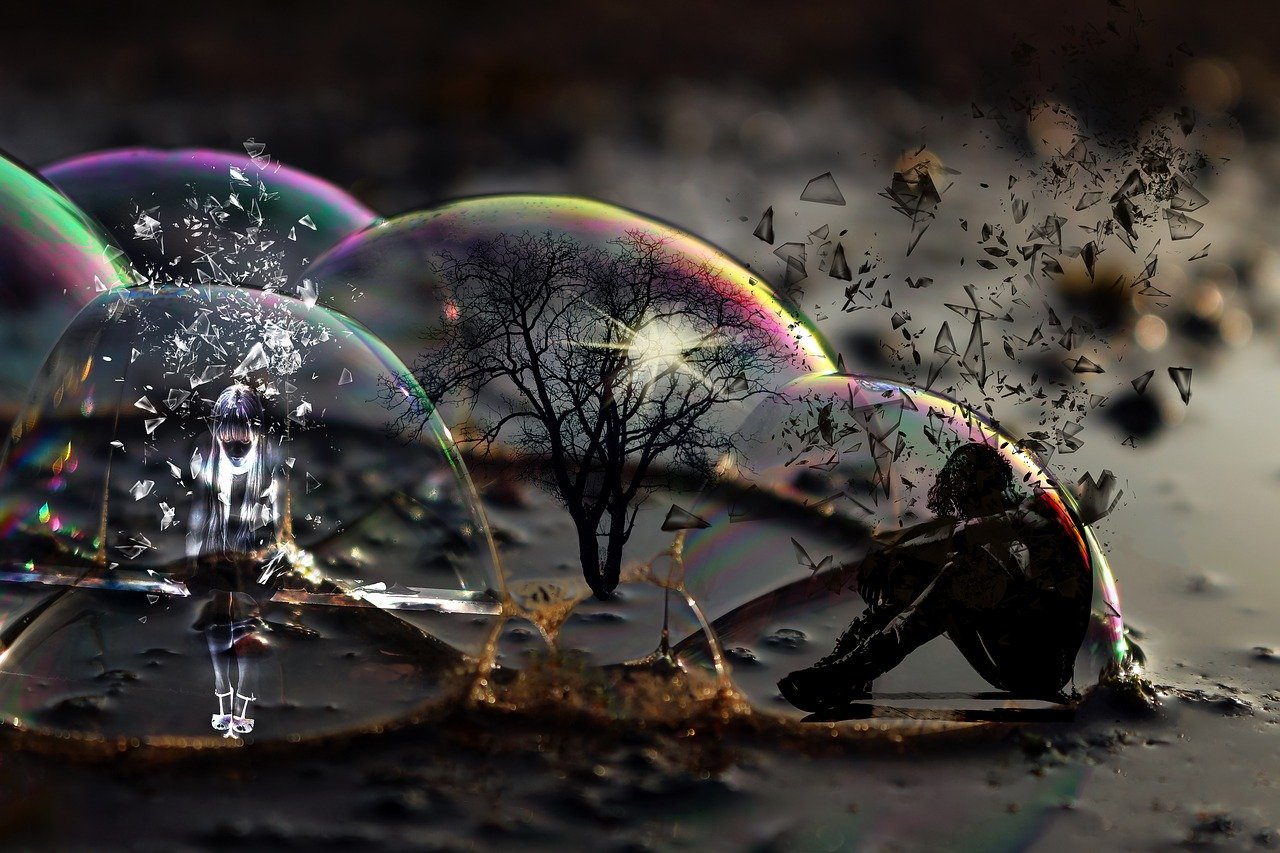 ADAPT OR DIE. That’s the new mantra. Our world has changed, and don’t you believe for a hot minute the fairy tale that things will go back to “normal.” First, they haven’t been “normal” for the last three-plus years. Second, there is no way they ever will, because too much has changed, and there are things that SHOULD CHANGE.

This is a flashpoint. A pivotal point in our history. We can take the opportunity now to implement all those things that got bogged down in various sociopolitical quicksands, and create a brighter future for us all. Or we can fuck around and LOSE. IT. ALL. 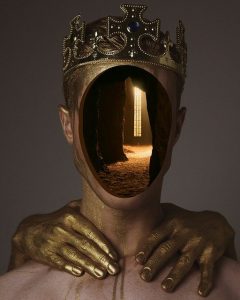 Fashion industry? I hope it disappears. Who cares what people wear?

Horrendously expensive yachts, jets, cars, houses, jewelry? Status, riches, power? These things are flatulent rubbish, and such a hideous affront to anyone with a moral compass, an ethical core. Are superficial status symbols really important? I mean REALLY???
Fuck off, I say. Fuck off until you get to the FuckOff city limits, then climb over the gate and keep fucking off.

This effrontery is made all the more disgusting by the fact that too many people are struggling, starving, suffering, dying. Do you think they want that gold bling adorning their bodies? Hell no. They want that loved one not to have died for such a stupid reason. They want peace, food, shelter, safety, love. They want purpose, inclusion, equality, justice, respect.
The longer we go without aspiring to these ideals, the more assuredly we are doomed.
I think the saturation point has already been reached, and nature is making that decision for us.

Thus, as a species (like any other species) we must adapt, or we will be eliminated from the gene pool. 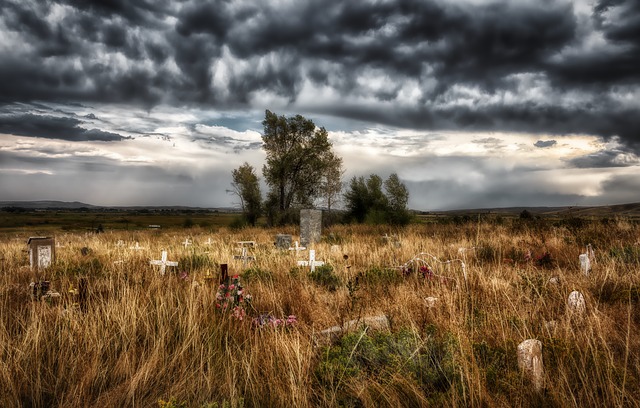 Notable, in all this, is that white privilege has poisoned our society. But it has been a slow poison. It started when white Europeans invaded the First Nations land mass later called America, and pillaged, burned, raped, abused, enslaved, and murdered the Indigenous Peoples who lived here. And it has continued, unabated, since then. No one knows exactly how many lived here before the white man invaded, but we know that around 90% of them are gone. That’s a near-extinction event. 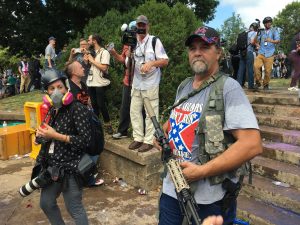 This white privilege created white entitlement. And in our current-day sociopolitical landscape, that carte blanche segment of society welcomed, encouraged, and courted those incapable of understanding the coup. White privilege and entitlement has thus empowered the superficial, churlish barbarians and frivolous, puerile simpletons. And in this, we see just another religion. The priests and the congregants. And only one of those benefits. As Seneca said, “Religion is regarded by the common people as true, by the wise as false, and by rulers as useful.”

I have no tolerance, nor sympathy for people of this ilk. I am, in fact, rather militant, now, in my response to those in our society who place themselves above everyone, and adhere to the AynRandian philosophy that pretends a lofty evolution, but is actually an abject denial of everything that makes a human being honorable.

Are you filthy rich? Hiding in your castle, villa, mansion, Ivory Tower, or WHITE HOUSE, while you do NOTHING with your resources to make anything better or help anyone other than yourself?
Choke on a chicken bone. 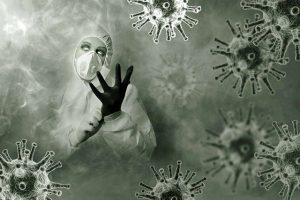 Are you a protester who is so entitled, so abysmally shallow, that you scream about your right to wander around without a mask, and go get drunk at a bar full of people because your desires are more important than the lives of thousands of other people?
Die of the disease you ignore.

Do you think it’s your right to take your automatic weapons of war to our public and government buildings and intimidate lawmakers and citizens?
Eat a bullet. 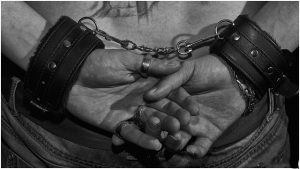 These people are Domestic Terrorists, no different from the ones that flew planes into the Twin Towers on 9/11. Under the U.S. Code:

“(5) the term “domestic terrorism” means activities that—
(A) involve acts dangerous to human life that are a violation of the criminal laws of the United States or of any State;
(B) appear to be intended—
(i) to intimidate or coerce a civilian population;
(ii) to influence the policy of a government by intimidation or coercion”

These rights they say they have based on Amendments in the Constitution? First, they have no comprehension of what those words mean, nor the context in which they were written, nor the intent of the authors of them. But those same documents define them as terrorists. Traitors to this country they say they love and defend.

For me, there seems a simple solution. Since there is a small percentage of people in this 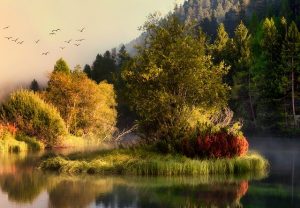 country who want to break the laws of our land, who want to change the way we operate according to founding documents, who want our Republic to operate according to their own selfish needs and whims, and according to skin color (white, of course, as the dominating/ruling class) then why in the name of fuck don’t they all just go somewhere else? This country doesn’t seem to meet with their approval. May I suggest, there are many uninhabited islands where they can have the dictatorship or theocracy they wish, or where they can make the type of society they want. Easy-peasy.

When they rail against immigration and spew hatred at those not like them, they are spitting 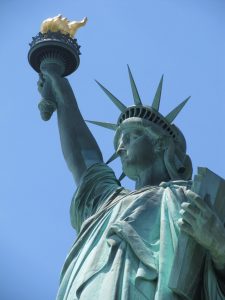 in the face of Lady Liberty, because immigration is one of the things this country was founded upon. And upon a tiny bit more scrutiny, I would add that every white or non-indigenous person in this country is an immigrant, and the country really belongs to the First Nations people. So fuck right off with your attempts to change the few good things the country was founded upon.
And yet, because of the nature of who is in charge, and who cannot or will not pursue it at this moment, these gun-toting protesters are allowed to continue this behavior with impunity, while unarmed People of Color are shot for jogging, or shot in their homes while sleeping, or shot in the street for just BEING People of Color.
Fuck that. And fuck you.

To those who believe the whiteness of their skin gives them a license to murder others with a gun?
Death by firing squad.

Those who subvert the law, enable a tyrant and a traitor, who place a foot on the neck of the weak and helpless, who lie, steal, deceive, and hoard the spoils for themselves?
Send them to that uninhabited island and let them survive on their own without any comforts, rights, or help.

Those who think it’s their right to spread the virus around, so they can get a goddamn beer, or a haircut, at the expense of someone’s grandma dying alone on a ventilator?
Damn right, I hope they die of COVID-19. 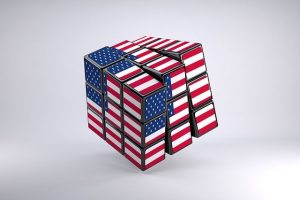 This Twitler administration, and now, this pandemic, has shown us in stark clarity, where the cracks are in our policy, our government, our Constitution, our social foundations. It’s up to us to do what we can to fix it. And what we can’t repair, must be discarded, or adapted to. Not everyone will be able to do that. Businesses will die. People will die. Some will deserve it, many won’t.

Now, the second mantra is VOTE OR DIE. And that means vote wisely, after getting a 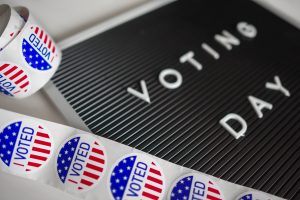 civics education, and learning how to think logically, and with compassion, and understanding how to form opinions based on facts and science rather than on the various strains of pablum you’re being fed.
Vote, if you have to wear a hazmat suit, take every precaution. Vote if you have to crawl over broken glass. Vote these criminals and traitors out or this country is over. Done.

Make no mistake: Critical mass ends in destruction. The law of cause and effect will express itself, regardless of how fair or unfair you think something is.

Above all, though, know this: Mother Nature doesn’t fuck around. We either honor her and agree to live in harmony with her and with each other, or we just die. Full-stop.

No use crying over spilled tears.

Poets are interested mostly in death and commas. ~ Carolyn Kizer

“Let your soul stand cool and composed before a million universes.” ~Walt Whitman